THIS is the bizarre moment villagers in India tried to bring a loved one "back from the dead" by banging on the corpse's chest and splashing it with water.

Devastated relatives of Rabi Nahak, who died after suddenly falling ill, tried to revive him during a ritual instead of cremating his body. 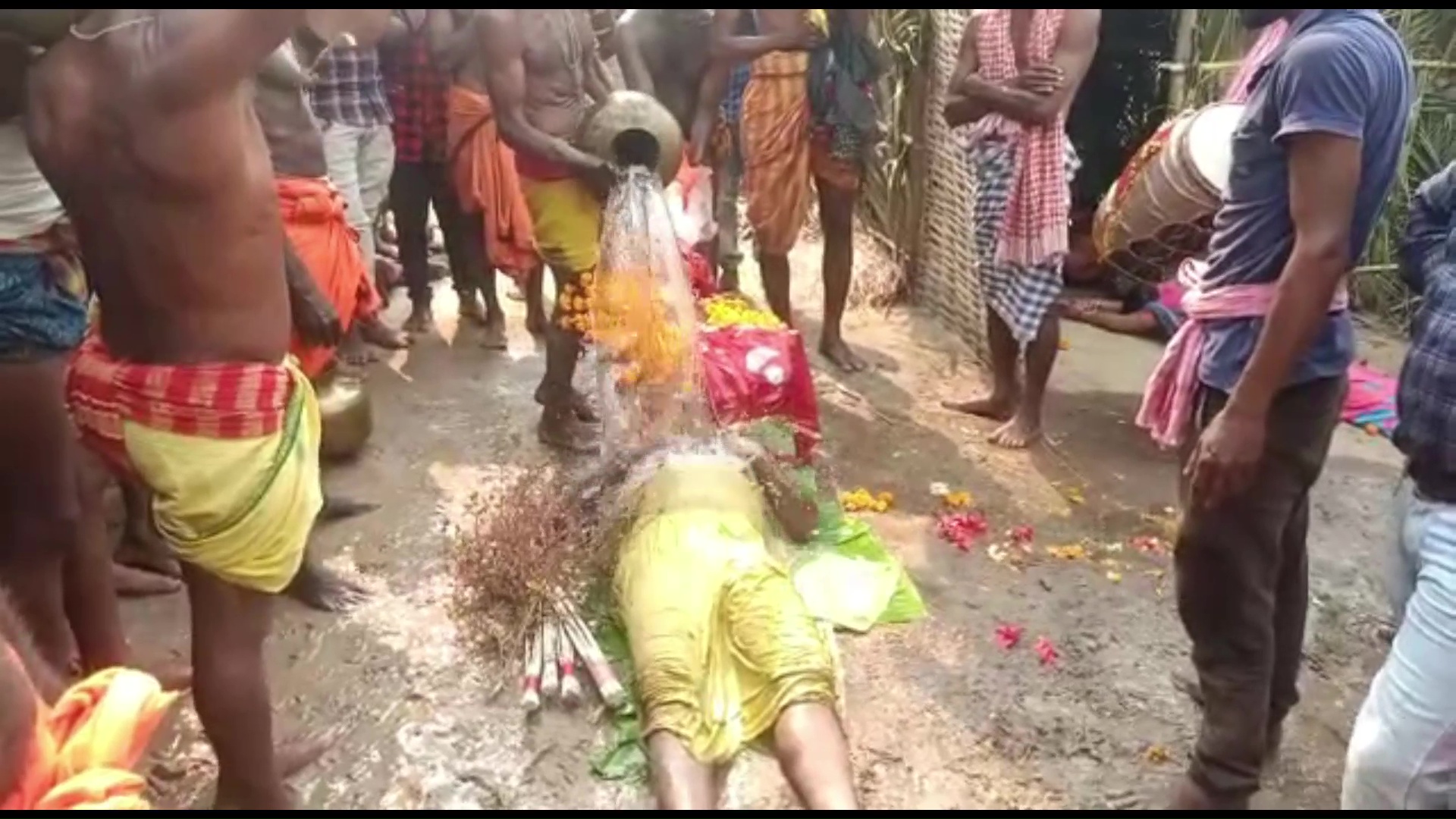 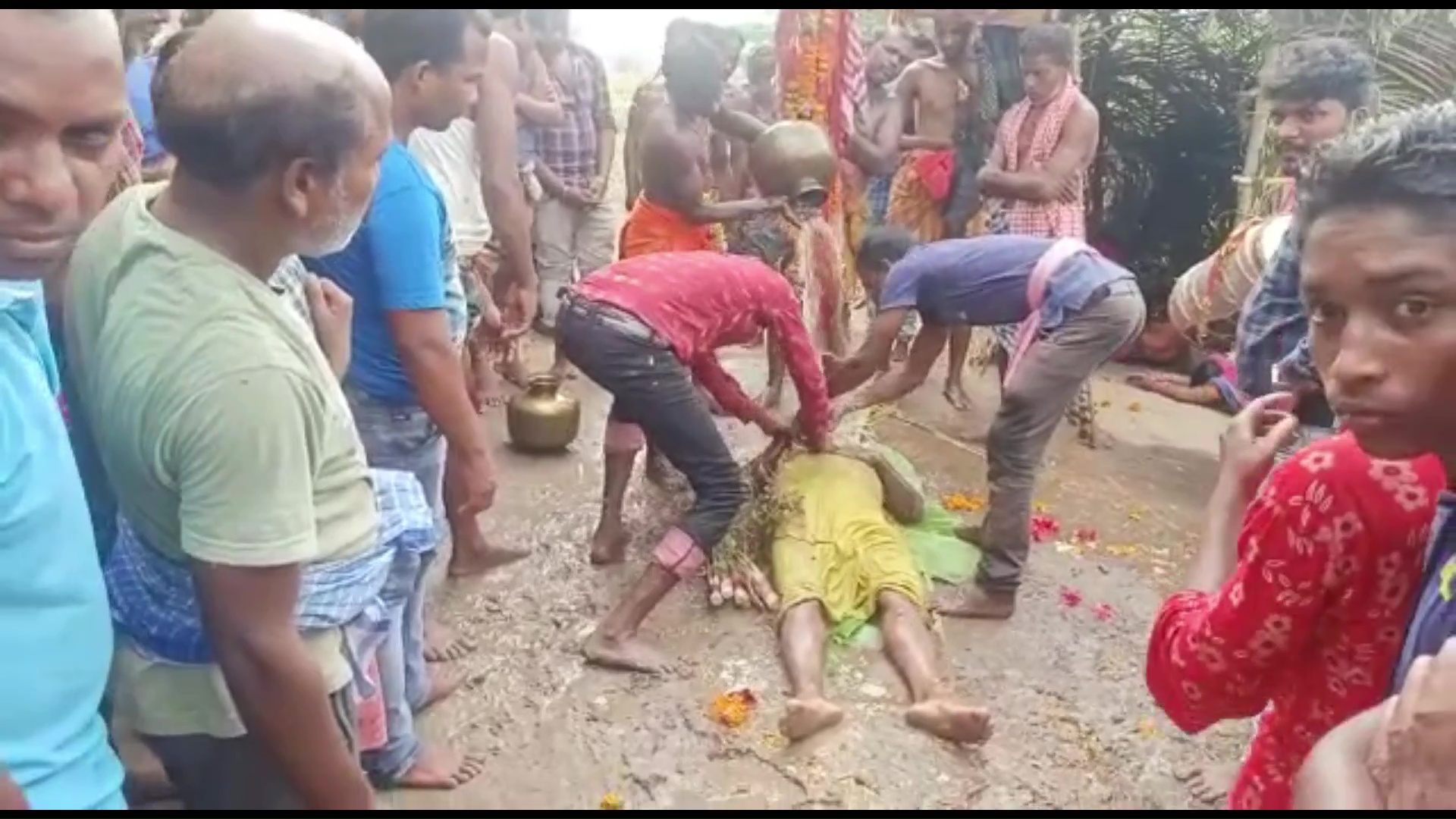 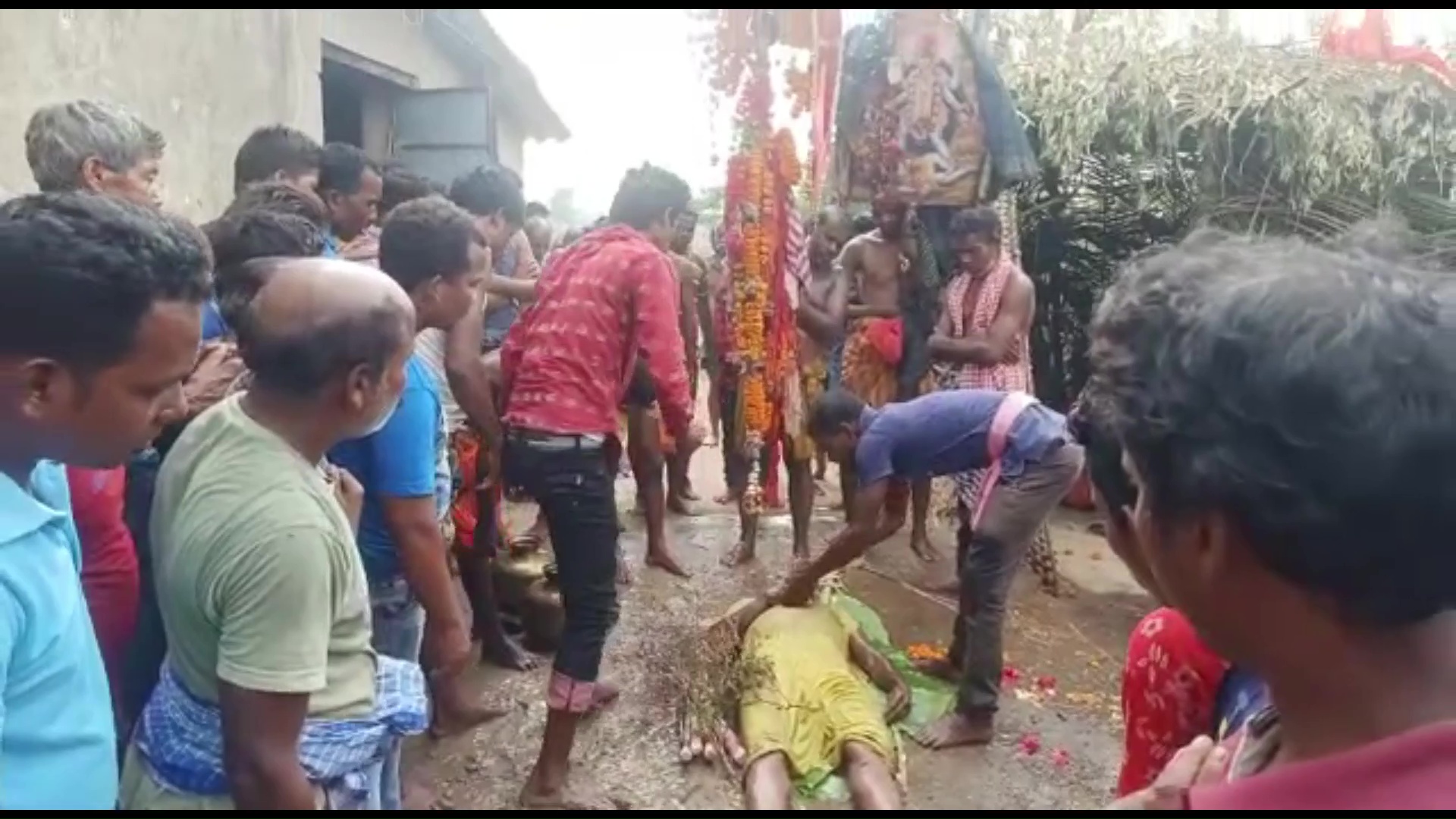 Two men in the Barasahi village of Odisha, eastern India, can be seen crouched next to the corpse and banging his chest while a third man pours water over it.

Villagers gathered around the body to watch the strange scenes as some called out to God.

At one point, one of the men arranges the corpse's hands to lay on the chest and uses them to push – apparently in an attempt to restart the heart.

They later stretch the corpse out and pour more water over it and one man sweeps a large object covered in black fabric over the body several times.

A ringing bell and banging utensils can be heard as more water is poured over the man through a flag decorated with flowers.

Towards the end of the footage, the villagers assemble as a man chants and another bangs a drum.

Despite several attempts, the villagers were unsuccessful in their efforts to revive the dead man.

The Hindu faith, the dominant religion in India, centres around reincarnation – the belief that when someone dies, the soul is reborn as a different form.

Hindu funeral rites traditionally take the form of chants or mantras and include several rituals.

The rituals include washing the body with milk or yoghurt, sprinkling water on the body, and placing essential oils on the head of the corpse.

Hindus also traditionally choose cremate their loved ones as they believe it’s the quickest way to release the soul and help with reincarnation.

But funeral traditions vary and the pounding of the chest could be a ritual unique to the village in eastern India.