The body of a teenage boy was located near a dumpster by a sanitation worker on the campus of a high school in Glendale, Arizona, and authorities believe the cause of death may be from a fall, a report said.

The 17-year-old’s body was found on the campus of Glendale’s Independence High School by a sanitation worker who first thought the body may have been a Halloween decoration since there was blood. It was later determined that the teen ran away from home and was not enrolled at the school, Fox 10 Phoenix reported. 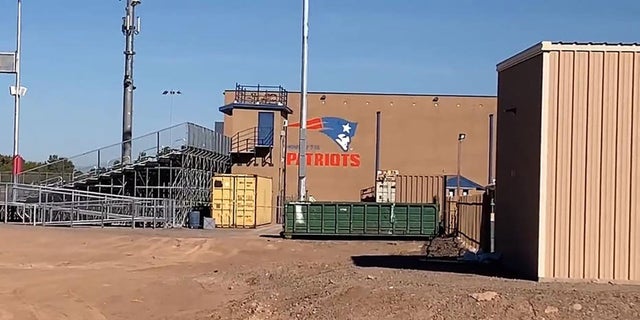 Authorities in Glendale, Arizona, said they located the body of a teen near a dumpster on Independence High School’s campus
(Fox 10 Phoenix )

“There are some indicators that he was up on top of the press box and the injuries are consistent with a fall from that area,” Sgt. Randy Stewart of the Glendale Police Department said. “We don’t know at this time if it was accidental or on purpose.”

Stewart said the investigation is ongoing but foul play is not expected.

AZFamily said school resumed on Monday and no student is believed to have seen the body.