Boris Johnson today reiterated he is ready to take action to ‘fix’ post-Brexit arrangements for the Irish border and did not deny claims his ministers are preparing a legislative toolkit to rip up the Northern Ireland Protocol.

Speaking at a press conference during his visit to India, the Prime Minister said that problems with the Protocol were ‘getting more acute’.

He insisted the agreement was not supported by a ‘large, large component’ of Northern Ireland’s population and said he would not rule out ‘taking further steps’ to solve the issue.

Although the Government has negotiated with the EU over possible changes to the Protocol, no solutions have yet been found from the talks.

Ministers have also left open the possibility of taking unilateral action in a move that would likely spark a fresh confrontation with Brussels.

The Protocol is designed to avoid a post-Brexit hard border on the island of Ireland and is a key part of the UK’s divorce deal with the EU. 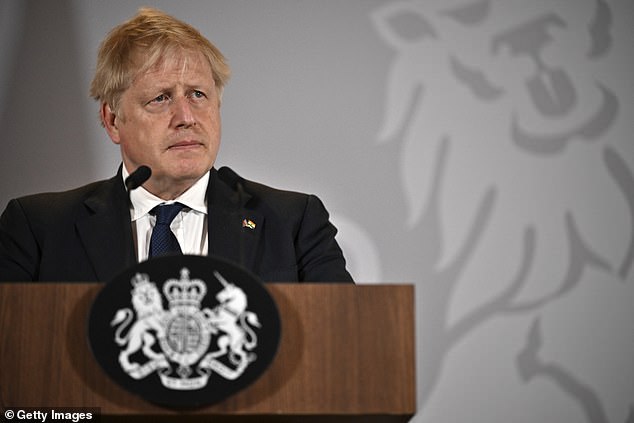 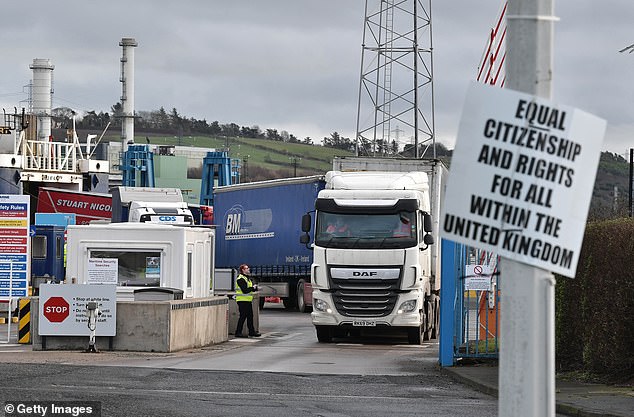 The PM said the Protocol was not supported by a ‘large, large component’ of Northern Ireland’s population

Mr Johnson was asked about reports the Government is preparing legislation – to be unveiled early next month – that would give ministers sweeping powers to suspend aspects of the Protocol.

The PM said problems with the Protocol had been ‘a consistent issue’, adding:  ‘I think it’s very, very simple and I think it’s about the balance of the Good Friday Agreement.

‘Because of what is happening, I think it’s fair to say the Protocol really does not command the confidence of a large, large component of the population in Northern Ireland.

‘We think we can do it with some very simple and reasonable steps and we have talked repeatedly to our friends and partners in the EU and we will continue to talk to them.

‘But as I’ve said many times now, we don’t rule out taking further steps if that’s necessary. That’s the position but I’ve said that many times.’

According to the Financial Times, the UK Government is preparing plans in anticipation of a constitutional crisis should Unionist parties refuse to re-enter Northern Ireland’s power-sharing executive after elections for the Northern Ireland Assembly on 5th May.

The newspaper reported that the legslation would give ministers in London the power to switch off key parts of the Protocol in UK law.

But, in a warning of a fresh row with Brussels over post-Brexit arrangements, one EU diplomat claimed that any UK move to break international law would be ‘utterly irresponsible’ when Russia is invading Ukraine.

‘Given what is at stake in Ukraine and for the west as a whole, this definitely is not the time for gambling away Britain’s reputation as a stalwart of the rules-based international order,’ the diplomat told the newspaper.

Labour also attacked the Government over the reports that ministers are preparing new laws to tear up the Protocol.

‘Boris Johnson negotiated, his team drafted the Northern Ireland Protocol; they presented it to the EU, they negotiated it into the deal.

‘It doesn’t work as well as it can do, that’s why the Labour policy is, you build on it – we can improve the protocol, we can smooth it, and we can do so without breaking the law and breaking our international treaty we signed with the EU.

‘If we just recklessly pull out of it unilaterally, how will any other country in the world sign a deal with us and think that we will honour it?’ 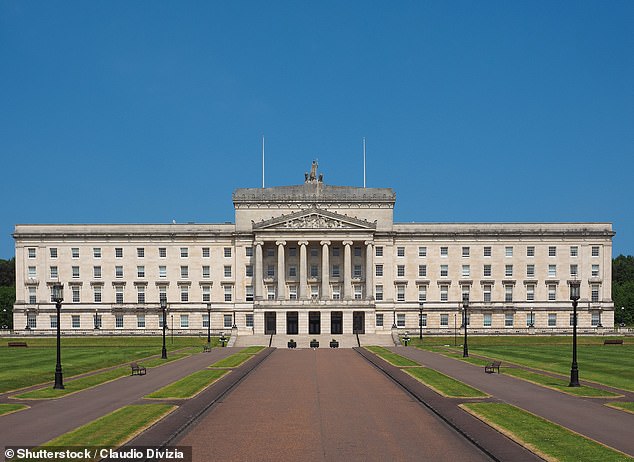 Mr Kyle questioned how Indian PM Narendra Modi, who Mr Johnson met in India today, would be able to continue a negotiation on a UK-India trade deal in such a scenario.

‘How will Prime Minister Modi react today when Boris Johnson asks for a trade deal if he is pulling out unilaterally of the last trade deal he signed?,’ he said.

Earlier this week, Brexit Opportunities minister Jacob Rees-Mogg told MPs that the ‘wheels are in motion’ on unilateral reform of the Protocol by the Government, although he did not elaborate further.

‘We can do what we want, ultimately,’ the Cabinet minister said.

But he said the Government already has powers to suspend parts of the Protocol under the agreement’s Article 16.

‘There is significant societal disruption in Northern Ireland due to the way that the Protocol is being implemented,’ he told LBC radio.

‘I hope they will come back to the table constructively to allow us to change the Protocol to make it work in the way it was intended.

‘If they don’t hear that, then the Government reserves the right, as we have always said, as laid down in the Protocol, to take remedial action.’