Boris Johnson will perform a U-turn and bring forward a binding vote on the Government’s cut to foreign aid in a bid to quell a growing Tory rebellion on the issue, it was claimed today.

The Prime Minister is said to be ‘actively considering’ giving MPs a formal say on the decision to slash aid spending from 0.7 per cent of national income to 0.5 per cent.

A group of approximately 50 Conservative MPs, including former prime minister Theresa May, are against the £4billion cut.

Some Tory MPs believe the reduction in spending is one of a number of recent developments which risk turning the Conservatives ‘back into the nasty party’.

Ministers have blamed the decision on the financial impact of the coronavirus pandemic.

But Mr Johnson is now being advised to table a vote before Parliament breaks for its summer recess at the end of this month. 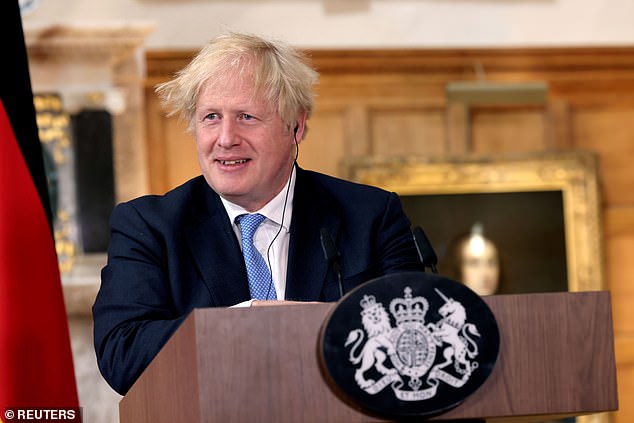 Boris Johnson will perform a U-turn and bring forward a binding vote on the Government’s cut to foreign aid in a bid to quell a growing Tory rebellion on the issue, it was claimed today 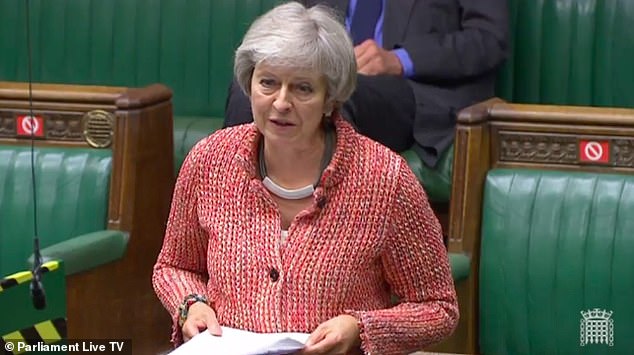 A group of approximately 50 Conservative MPs, including former prime minister Theresa May, are against the £4billion cut.

Downing Street is reportedly concerned that if the PM does not offer an olive branch to the rebels then they will simply continue in their attempts to bring forward their own amendment to force the Government to change tack.

Number 10 also has an eye on future legislation on other issues which will require the support of the rebels to get through the House of Commons amid fears they could withhold their backing to make life difficult for Mr Johnson.

The Foreign Secretary Dominic Raab and the Chancellor Rishi Sunak are said to have met last week in an attempt to find a solution to the row but failed to agree a way forward.

The rebels have suggested imposing a time limit on the reduction to ensure it can only last for one year before returning to the 0.7 per cent level.

The Tories’ defeat at the Batley and Spen by-election last week has spooked some Conservative MPs who fear there is now ‘an aroma of nastiness’ around the Government.

One Tory grandee told The Sunday Times: ‘We did much worse than we thought we would do in Batley and Spen.

‘It’s clear there are no votes to be won on this issue in the red wall seats and there is a feeling among colleagues that we are turning back into the “nasty party”.

‘It’s not just the cut to aid, but the chumocracy claims and Hancock’s resignation, which all bundled together have an aroma of nastiness about them.’

The Tory rebels attempted to force a U-turn on the spending cut last month but their efforts were torpedoed by Commons Speaker Sir Lindsay Hoyle who ruled their amendment could not be voted on.

However, Sir Lindsay piled the pressure on Mr Johnson at the time as he demanded the PM bring forward his own vote on the issue – but the PM resisted and signalled he would not be doing so.

A senior Whitehall source told the newspaper: ‘The rebels have made it clear that this issue is not going to go away.

‘I think there is now a realisation within government that this could become a much longer issue and there is legislation coming up that will require the goodwill of MPs.

‘Giving MPs a vote in parliament is now under very active consideration and there is the very real prospect that it will happen before the summer recess.’

A Government source said a plan for a vote ‘has been drawn up’ but ‘what that vote will look like has yet to be decided’.

Mr Johnson has been repeatedly slammed over the aid cut by his own MPs, with Mrs May, his predecessor in Number 10, leading the criticism.

She said last week the reduction in spending would result in initiatives being cancelled and expertise being lost in a ‘perfect storm’ of problems as she accused the PM of breaking his ‘Global Britain’ promise.