A heartbroken father has shared a post-operation picture of his son who required 28 life-saving surgeries after swallowing a tiny battery.

Ollie Lennon was only one year old when his parents noticed that he was struggling to keep down solid food, with medics initially thinking he had croup or asthma.

It was several days later that an x-ray revealed a button battery was lodged in his throat.

Ollie endured 28 different operations to save his life, including one in which surgeons had to get behind his heart.

At times, he was given just a 10 per cent chance of survival and his parents were told he will ‘never fully recover’.

Now, his father Elliot revealed the brave youngster’s ordeal and warned other parents to check for warning signs. 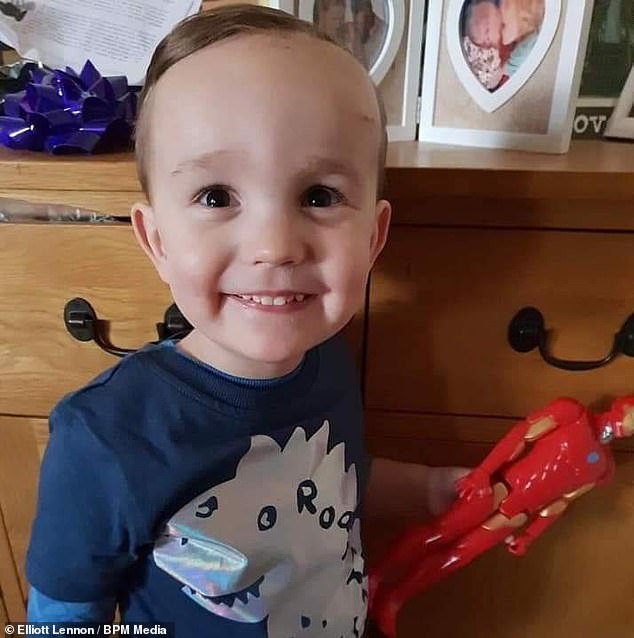 Ollie Lennon was only one year old when his parents noticed that he was struggling to keep down solid food, with medics initially thinking he had croup or asthma 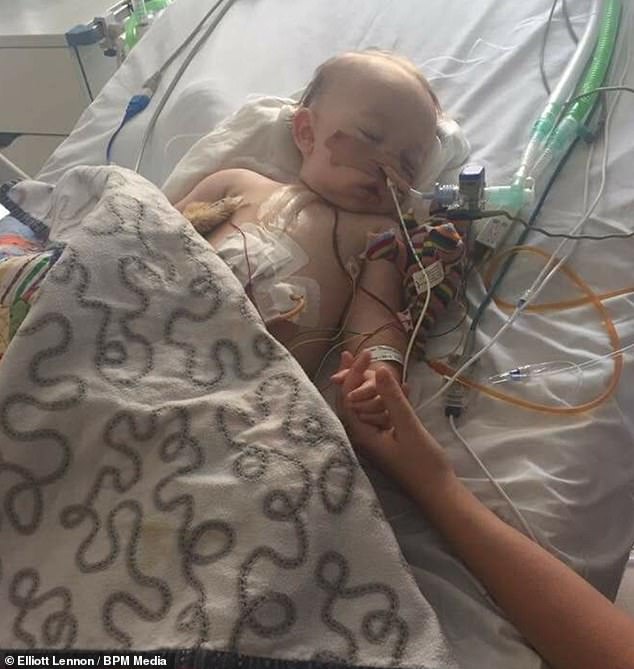 Ollie was presented at Worthing Hospital, West Sussex on May 29, 2017 with a cough and not being able to keep down his food, but it was not until his parents discovered the button batteries that the full seriousness of the situation was discovered.

Elliot Lennon said the ordeal began in the early afternoon after a family day trip.

He explained: ‘We’d been out as a family for the day, came back home for lunch and the kids were on their own in the front room while we were making them a sandwich. We’re talking the space of a minute.

‘The next thing we’ve gone in there and Ollie was being a bit strange, not coughing but kind of choking that you could hear.

‘Any food that was going in just came straight back out. When we tried to feed him again, he threw up like a blood clot, it was really nasty.’

Those at the hospital reportedly told his parents that Ollie might have croup or asthma, but an x-ray the following day revealed he had swallowed a button battery.

‘I rushed out from work down to hospital, where we had to sign a social waver for them to pull out the battery,’ Elliot explained. 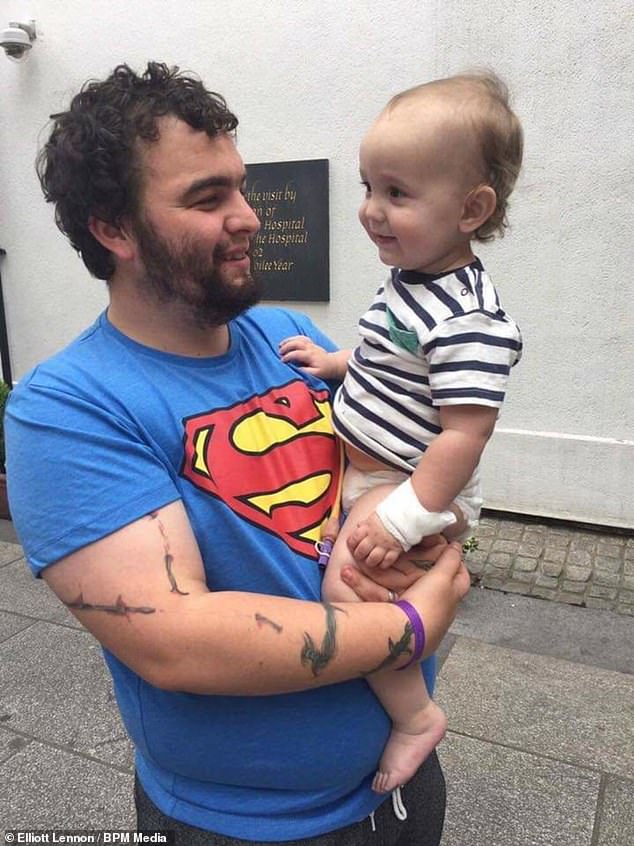 Despite this, the one-year-old still needed life-saving treatment from specialists at Great Ormond Street Hospital, London.

Medical staff there warned that the level of intensive care Ollie required meant he had just a 10 per cent chance of survival when being moved from the ICU to the hospital.

After 28 indiviudal operations, Ollie survived, but the damage caused by the caustic soda inside his body has left him extremely ill.

Less than two months ago, another toddler passed away hours after swallowing a tiny battery, with the acid burning through her food pipe.

Two-year-old Harper-Lee Fanthorpe, from Stoke-on-Trent, Staffordshire, died on May 23, after her mother Stacey Nicklin said she did not realise her daughter had swallowed the battery.

Earlier this year, the Government launched a campaign to raise awareness of the risks of button batteries. 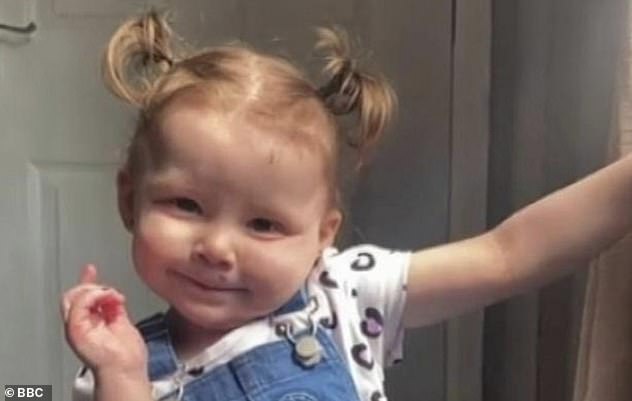 Harper-Lee Fanthorpe, from Stoke-on-Trent, Staffordshire, passed away on May 23, hours after swallowing the battery when the acid inside burnt through her food pip

North Staffordshire senior coroner Andrew Barkley said: ‘There is a very clear concern about this in public health. It has affected lots of children.’

Reacting to Harper-Lee’s passing, Elliot said: ‘I do everything that I can. It’s only when it happens to other people.

‘We are in an unfortunate circumstance in this world where it takes a child’s life to have been lost for something to be done.

‘Harper-Lee passing away, I hope that good will come of this, but I am deeply upset that a life has to be lost for something like this to happen. It could have been my child.’