Britain is in midst of nursing crisis with nearly 40,000 vacancies

Britain is in midst of nursing crisis with nearly 40,000 vacancies as second Covid wave takes hold – while report warns a THIRD of nurses may quit NHS in 2021 due to lack of staff and support

Britain is in the midst of nursing crisis after a report revealed there are nearly 40,000 vacancies, with a third of workers planning to quit the NHS next year due to a lack of staff and support.

MPs have warned there is an ’emerging crisis in nursing’ after a new report highlighted the sheer number of jobs not being filled across England and increased levels of burnout among nurses.

The Public Accounts Committee (PAC) highlighted large numbers of nursing shortages and low morale among nurses, with some staff admitting they are ‘sick’ with fear over a second wave of coronavirus.

The Government has committed to 50,000 more nurses by 2025, but the committee said it was left unconvinced by such an ambitious target, adding that health chiefs don’t understand the nursing needs of the NHS, not knowing how many more workers are needed, or where and in what specialism.

The new PAC report comes as research by The King’s Fund think tank and the RCN Foundation highlighted ‘damaging’ working conditions for nurses and midwives.

Experts called for a review of 12-hour shifts to address issues of burnout and exhaustion among nurses and midwives, the authors said. 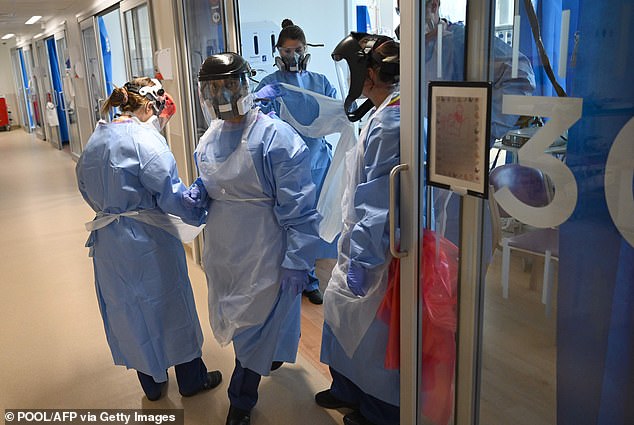 Britain is in the midst of nursing crisis after a report revealed there are nearly 40,000 vacancies 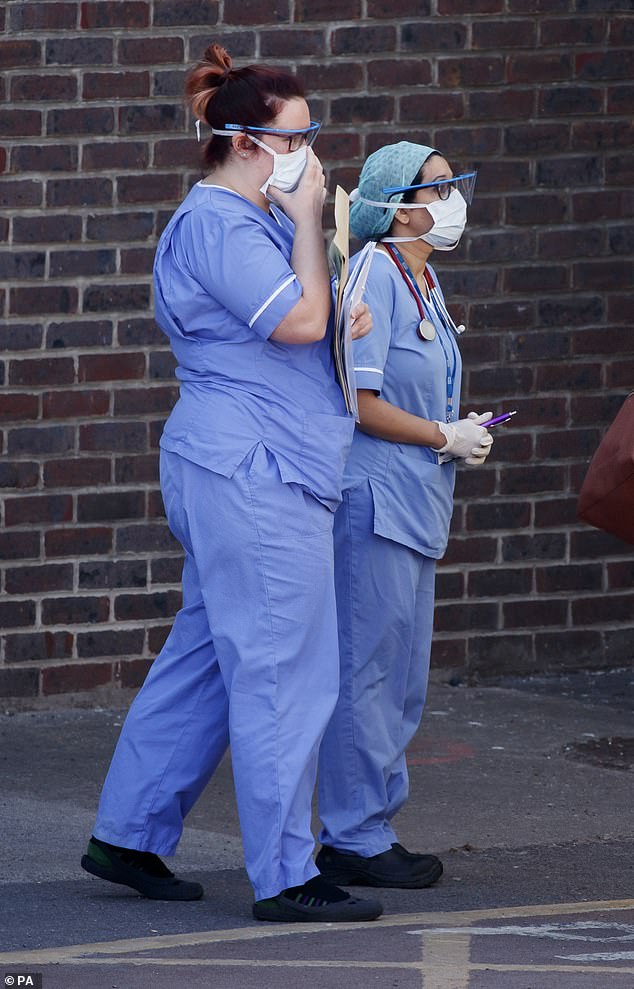 Meanwhile the PAC report described how nurses have played a vital role during the Covid-19 outbreak, against a backdrop of nearly 40,000 vacancies.

MPs said the ‘pace of progress on increasing the number of nurses in the NHS is too slow’.

Meanwhile, their report highlights how the health service has ‘reverted from long-term planning to short-term firefighting’.

The authors add: ‘This is not good enough for the over-stretched NHS workforce.’

The group of MPs said they were ‘concerned’ about the Department of Health and Social Care’s (DHSC) approach to addressing shortages of adult social care nurses.

Meg Hillier, chairwoman of the Public Accounts Committee, said: ‘The picture from the front line of nursing in the NHS and care homes is not good.

‘I fear, with the strain of a huge shortage of nurses and the worrying reports of low morale and huge numbers considering leaving in the next year, we are facing an emerging crisis in nursing.

‘We fully recognise that the NHS is reeling under the strain of Covid-19, with staff unsure how they will cope with the second wave that it seems clear is already upon us.

‘But it must not take its eye off the ball and allow a slide back into short-term, crisis mode.

‘It must press on with coherent plans to get the nursing workforce back to capacity, under the kind of working conditions that can encourage hard-won, hard-working nurses to stay in our NHS and care homes.’

Labour’s shadow health minister Justin Madders said: ‘This is a devastating report that exposes the lack of long-term thinking and strategy at the heart of the Government’s approach to the NHS workforce.’

It comes as the separate King’s Fund and RCN Foundation review called for urgent action to improve working conditions for ‘exhausted’ nurses and midwives. 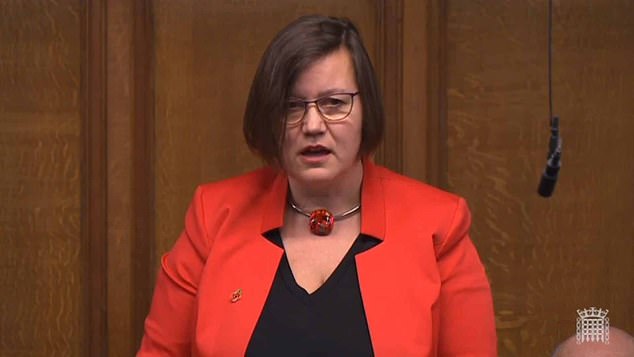 Meg Hillier, pictured, chairwoman of the Public Accounts Committee, said: ‘The picture from the front line of nursing in the NHS and care homes is not good’

Sarah Link, a healthcare assistant at the Queen Elizabeth Hospital, in Birmingham, has been living in a caravan for the last six months to protect her elderly mother and admitted she was ‘100% dreading the next wave’.

She told the BBC: ‘It has been my job for 17 years, I know I have got do it, but I get up in morning and feel physically sick, I don’t want to do it.

‘Seeing people being taken into intensive care was awful, people short of breath, people going to the intensive unit and not knowing if they would come back, hearing patients’ chances of survival.’

The report says that even before the pandemic, the health and care workforce had been ‘struggling to cope’.

The authors wrote: ‘Staff stress, absenteeism, turnover and intentions to quit had reached alarmingly high levels in 2019, with large numbers of nurse and midwife vacancies across the health and care system.

‘The impact of the pandemic on the nursing and midwifery workforce has been unprecedented and will be felt for a long time to come.’

It makes a series of recommendations to help improve wellbeing among staff, including a call for a review of 12-hour shifts.

Commenting on the report, Susan Masters, director of nursing, policy and public affairs at the Royal College of Nursing, said: ‘Today there are approximately 50,000 registered nurse vacancies in the NHS in the UK, impacting patient safety and morale and wellbeing in the profession – and at a time when these are crucial.

‘They feel they have no choice but to leave a career they should love, at a huge cost to patient care.

‘Politicians and officials need to grasp the nettle before we lose even more.’