Britain warns US-Iran conflict could break out ‘by accident’

Brussels: Britain warned that armed conflict might be sparked "by accident" amid rising tensions between the United States and Iran, as US Secretary of State Mike Pompeo held talks with officials from European powers that are racing to salvage a nuclear deal with the Islamic republic. 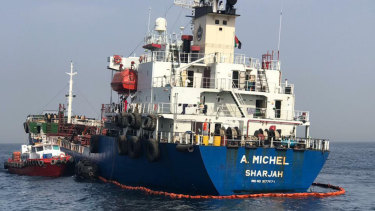 Britain's foreign secretary on Monday offered the warning as Saudi Arabia said two of its oil tankers were sabotaged and received “significant damage” on Sunday off the coast of the United Arab Emirates, one of the vessels as it was heading to pick up Saudi oil to take to the United States.

Washington has warned shipping companies that "Iran or its proxies" could be targeting maritime traffic in the Persian Gulf region and said it was deploying an aircraft carrier and B-52 bombers to the Persian Gulf to counter alleged threats from Tehran.

"We are very worried about the risk of a conflict happening by accident, with an escalation that is unintended really on either side but ends with some kind of conflict," British Foreign Secretary Jeremy Hunt told reporters in Brussels.

"What we need is a period of calm to make sure that everyone understands what the other side is thinking," Hunt said, adding that he would share those concerns on Monday with European partners and Pompeo. 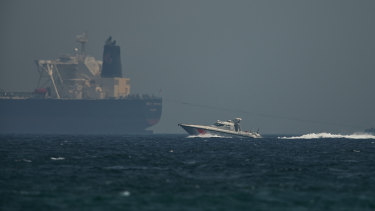 The US pulled out of a 2015 nuclear accord between Tehran and six world powers a year ago, saying the agreement does nothing to stop Iran from developing missiles or destabilising the Middle East. The European parties – Britain, France, Germany and the European Union – insist the agreement was never meant to address those issues but has been effective in curbing Iran's nuclear ambitions.

Tensions mounted last week, when Iranian President Hassan Rouhani gave the remaining signatories 60 days to come up with a plan to shield his country from sanctions imposed by US President Donald Trump after the US withdrew from the deal.

French Foreign Minister Jean-Yves Le Drian described the remarks suggesting that Iran might renege on the agreement as "very worrying," given that the EU is still respecting the deal and trying to bolster the country's economy.

Hunt warned of the importance of ensuring that Iran doesn't resume banned atomic activities, saying that "if Iran becomes a nuclear power, its neighbours are likely to want to become nuclear powers. This is already the most unstable region in the world. This would be a massive step in the wrong direction."

Hunt later met with his counterparts from France and Germany and EU foreign policy chief Federica Mogherini. It comes as the Europeans struggle to keep financial supply lines open to Iran to offset the impact of US sanctions on the Islamic republic's shattered economy.

Pompeo, who met individually with the ministers but not in a joint setting, did not speak to reporters as he was entering or leaving EU headquarters. He was travelling Tuesday to Russia and set to meet with Russian Foreign Minister Sergey Lavrov in Sochi.

Lavrov urged the Europeans on Monday to uphold the Iranian nuclear deal. He told reporters he expected Pompeo to try to "pressure" the EU powers into ditching the agreement.

But German Foreign Minister Heiko Maas said they underlined to Pompeo "that we're concerned about the development and tensions in the region, that we don't want a military escalation."

Mass said they also insisted on the importance of the nuclear deal.