Enjoy it while it lasts! Britain’s ‘early summer’ will last into next week with highs of 18C… before cold snap sweeps in threatening rain and even SNOW in parts

Enjoy the glorious spring-like weather in Britain while it lasts for the next few days – because a cold snap is on the way midway through next week, bringing sharp frosts and even the possibility of snow.

Wall-to-wall sunshine and bright blue skies this week have led to the warmest temperatures of the year so far with highs of nearly 21C (70F) – and the fine, settled weather is set to continue through into the weekend and Monday.

But change is coming following the early taste of summer as the airflow shifts from southeasterly to north and north-easterly – which is set to bring a more wintry feel to most of the country by Tuesday next week. 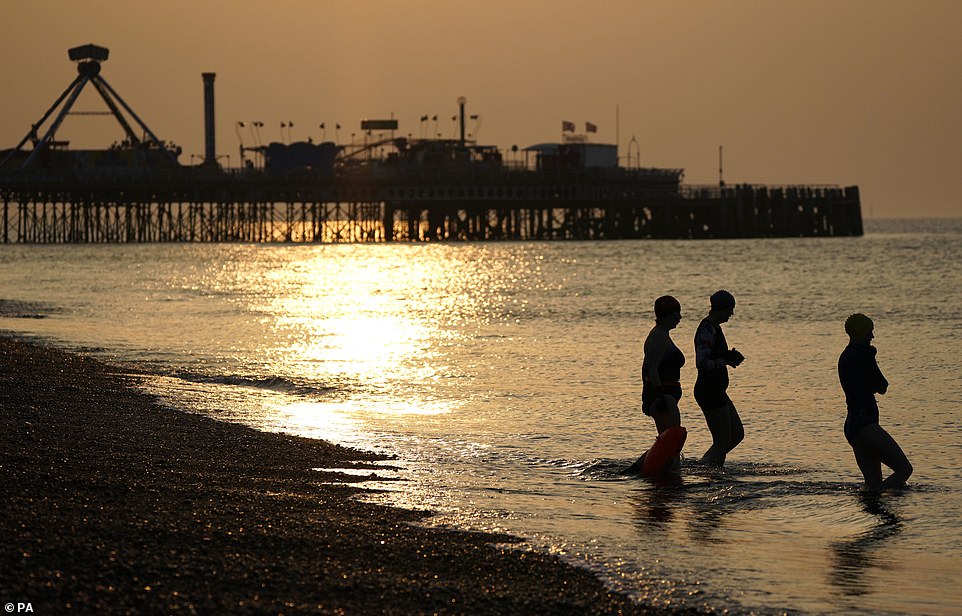 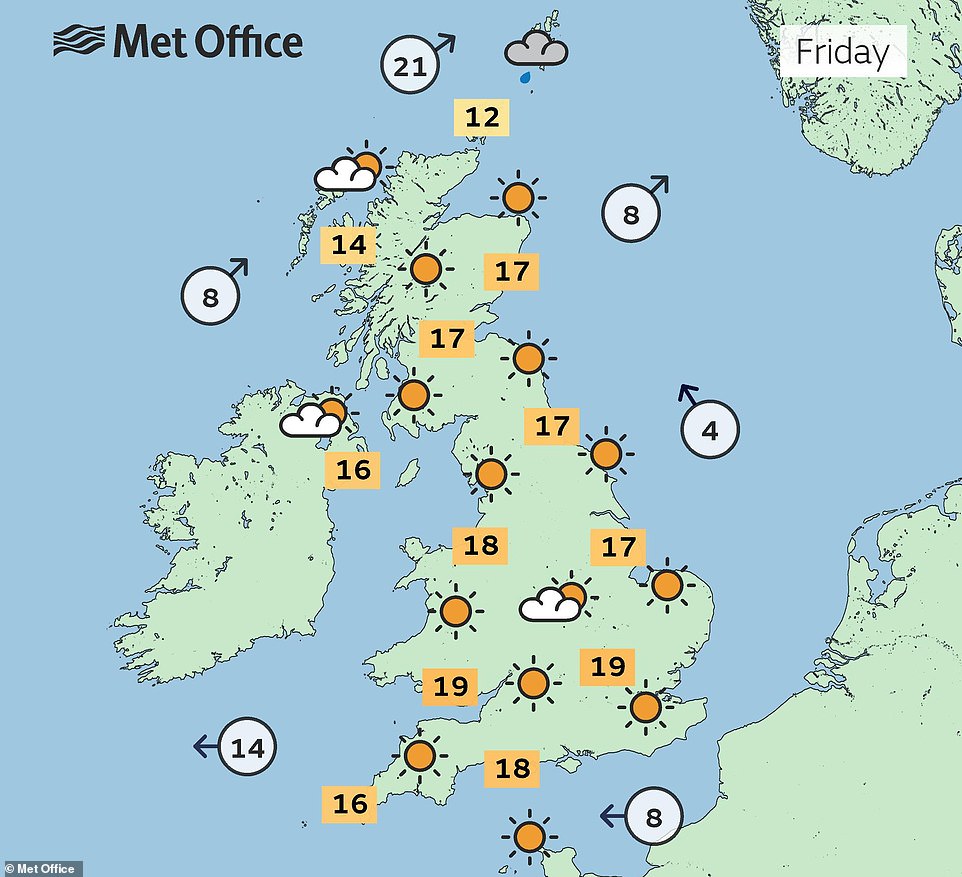 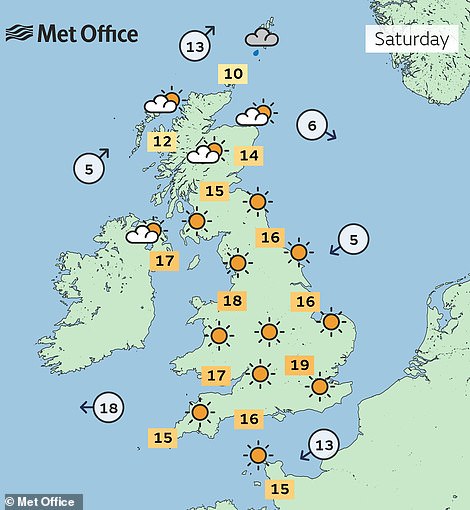 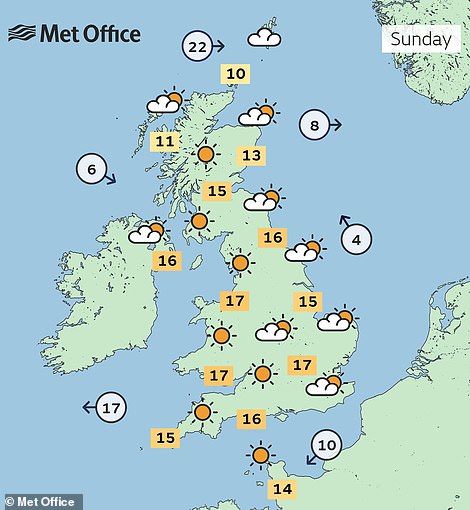 Meanwhile, wintry showers are forecast in Scotland which could extend into northeast England. Patchy low cloud could also be drawn in off the North Sea, affecting coastal areas.

Met Office meteorologist Becky Mitchell said: ‘Temperatures are due to fall to around the average for the time of year but it will be noticeably colder than at present.

‘This week feels warm so people might be tempted to do things like gardening. They need to be aware of potential sharp frosts which could affect their plants.’

She added: ‘Showers on Tuesday and Wednesday could turn to hill snow in Scotland and some of those wintry showers could spread into North East England.’

Miss Mitchell said most parts of England and Wales are still due to stay fine and dry, however. The change in temperatures is due to the current area of high pressure moving south, meaning the air is changing direction. 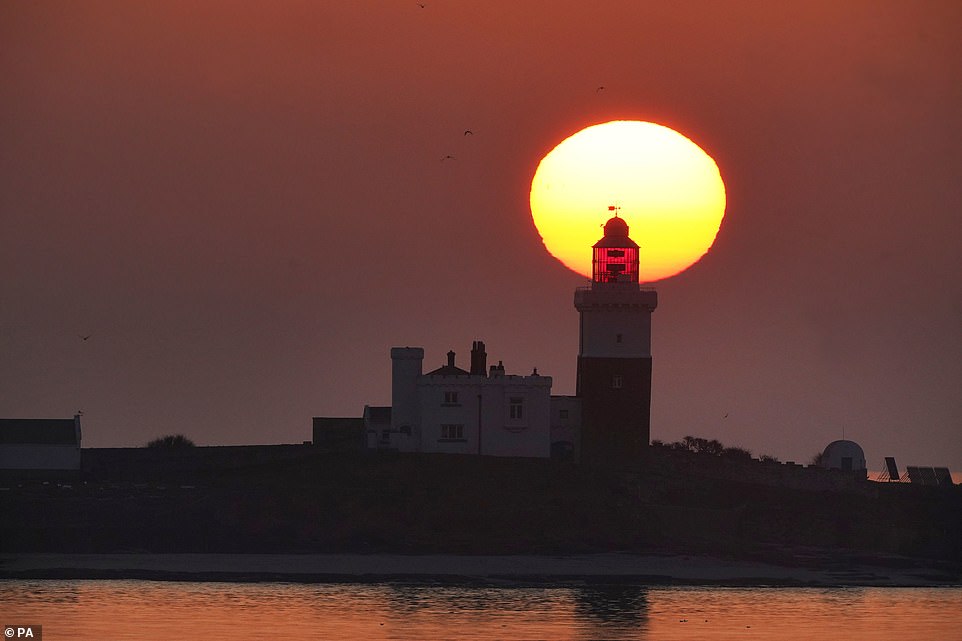 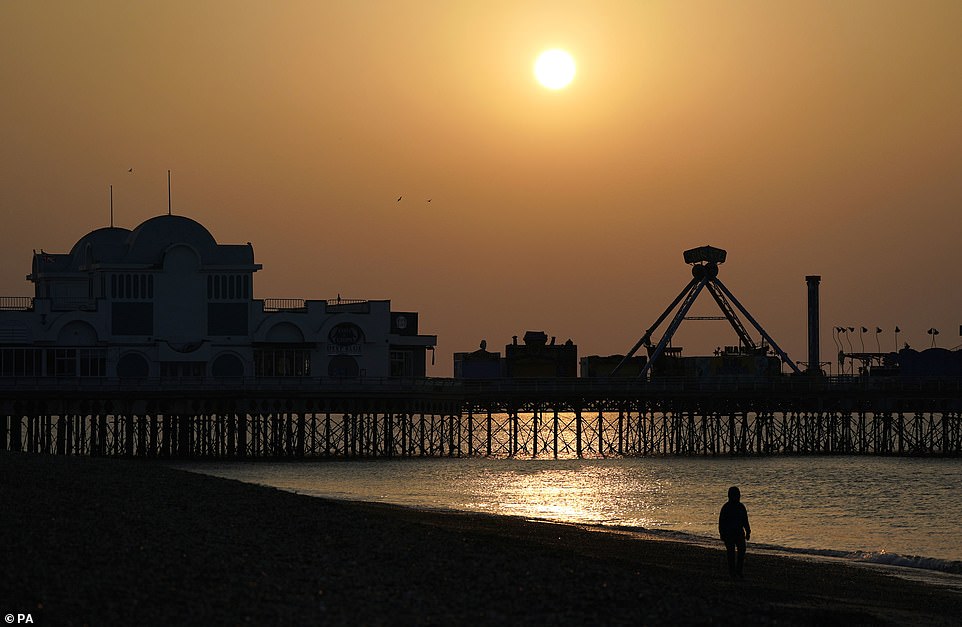 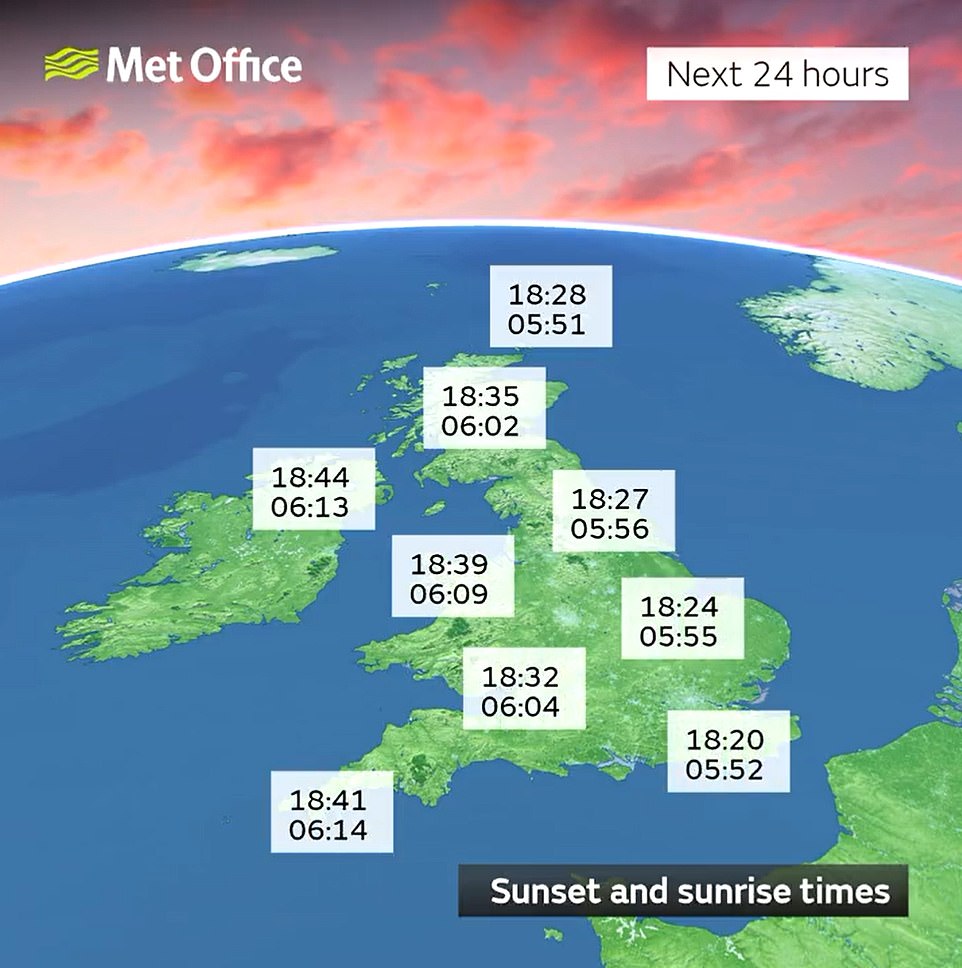 In its long-range forecast from next Tuesday until April 7, the Met Office said: ‘A trend to showery and colder conditions is expected to take place from the north next week.

‘Tuesday probably cloudier than of late with a chance of showers, these potentially wintry in the far northeast. A good deal of dry weather persisting in the south and west.

‘From midweek a colder spell is likely to spread south from the north. Showers possible in all areas, with these most frequent in the north and east. Wintry showers remain possible, particularly in the north.

‘Later next week and beyond, unsettled conditions are likely with more frequent showers or longer spells of rain for many areas. After a spell of below average temperatures next week, temperatures are likely to return to near average later in the period.’