The British Museum is cashing in on the NFT boom by putting 20 of JMW Turner’s watercolour paintings up for sale in digital form.

The artworks will be sold as non-fungible tokens (NFTs), which are unique digital tokens encrypted with an artist’s signature verifying its ownership and authenticity and are permanently attached to the piece.

However, those buying the digital tokens at next month’s auction will not have physical ownership of the paintings, and will not be allowed to touch them.

The 20 paintings from Joseph Mallord William Turner come from a collection left to the museum by Robert Wylie Lloyd, a former director of the auction house Christie’s, who died in 1958. 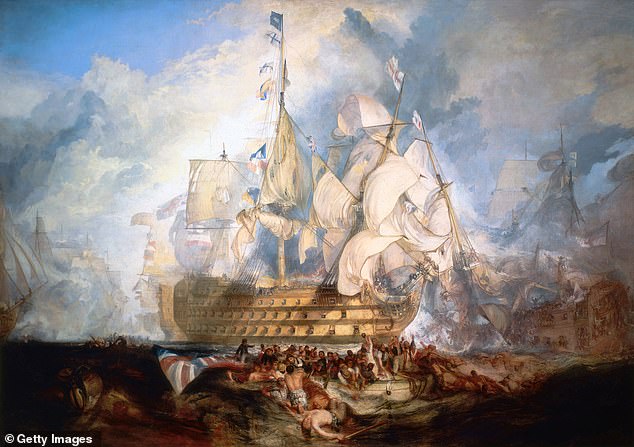 The British Museum is cashing in on the NFT boom by putting 20 of JMW Turner’s watercolour paintings up for sale in digital form. Pictured: Trafalgar painting by James Mallord William Turner 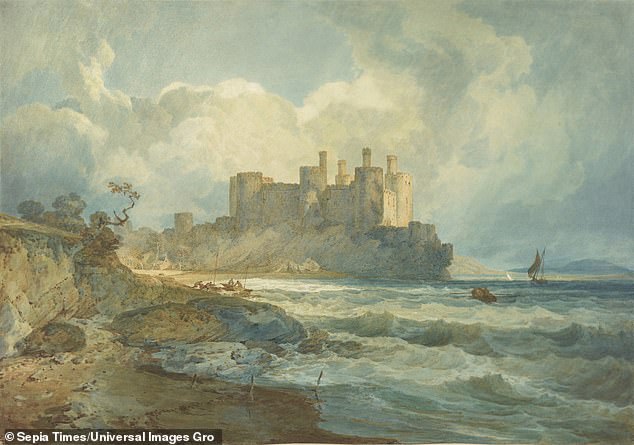 Conway Castle, North Wales, a watercolour painting by JMW Turner was left to the museum by Robert Wylie Lloyd, a former director of the auction house Christie’s, who died in 1958

In his bequest, according to the museum, Lloyd said the paintings could only be shown for two weeks in February and that ‘none of his drawings and watercolours may be lent to exhibitions outside the British Museum’.

The rarely exhibited paintings up for auction next month include A Storm (Shipwreck), completed in 1823, Messieurs les voyageurs, from 1829, and The Colosseum.

JMW Turner was born in 1775 and died in 1851. He was known as ‘the painter of light’, because of his interest in colours in his landscapes and seascapes.

His works included watercolours, oils and prints, and his use of watercolour was considered by some to be the ‘most inventive and varied’ ever devised for the medium.

The British Museum will be selling NFTs of the artwork in collaboration with LaCollection, a French start-up providing a platform to buy NFTs of artworks from museums.

In September, they worked together on the sale of NFTs of paintings by Japanese artist Katsushika Hokusai which attracted an audience from more than 120 countries.

The latest collection of 20 artworks will be sold across three levels.

There are nine in the ultra rare category, in which two NFTs have been created – with one being retained by the British Museum and the other going to the buyer. Seven will be super rare, where ten NFTs have been created, and four will be open edition, with a maximum of 99 NFTs to be sold.

The first ultra rare and open edition NFTs will be available to those who previously purchased a Hokusai NFT during a private sale starting on February 8 and ending on February 9. General market sales will then open on February 9, closing on March 4.

NFT sales surged in August, according to the largest platform for the burgeoning digital asset class, as speculators bet growing interest across the art, sport and media worlds would keep prices rising.

The niche crypto asset exploded in popularity in early 2021, especially with viral cryptocurrency hits like Dogecoin and Bitcoin, leaving many confused as to why so much money was being spent on items which do not physically exist.

The frenzy has now reached new highs. Sales volumes recorded on the largest NFT trading platform, OpenSea, hit $3.4billion in August last year, compared to March’s $148 million. In January 2021, the monthly volume recorded on the platform was just over $8 million. 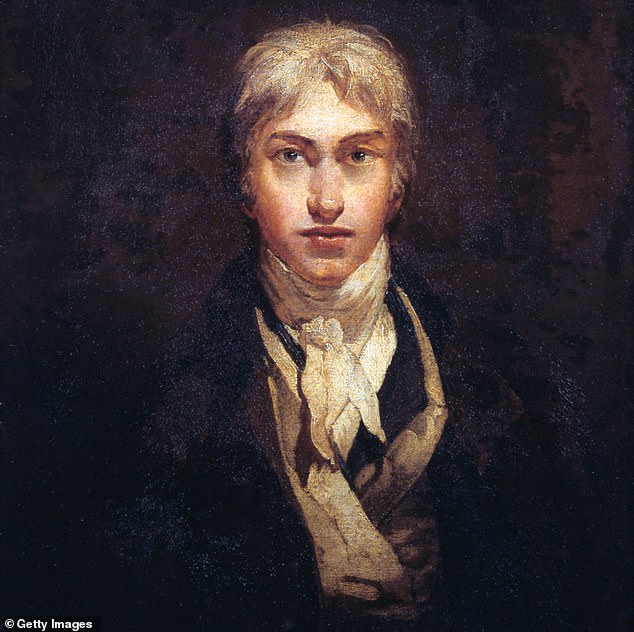 A self portrait of JMW Turner painted around 1754. A collection of his artworks will be sold as non-fungible tokens (NFTs), which are unique digital tokens encrypted with an artist’s signature verifying its ownership and authenticity and are permanently attached to the piece

On average, more than $10 million in NFT transactions were taking place daily by the end of 2021, according to the website DappRadar.

Chris Torres, creator of Nyan Cat, sold his iconic meme for roughly $590,000 earlier this year and finally gained attribution for the artwork – which he said was a huge factor in why he first sought out NFTs.

Success Kid, the photo of photographer Laney Griner’s at the time 11-month-old son Sam, has sold as a NFT for approximately $35,000. Sam is almost 15.

Overly Attached Girlfriend, spawned from a YouTube video of Laina Morris satirically showing her love for Justin Bieber, has sold for $459,260.

And in March, Twitter boss Jack Dorsey’s first tweet – ‘just setting up my twttr’ – sold to Sina Estavi, the CEO of Malaysia-based blockchain company Bridge Oracle as an NFT for just over $2.9million.

What is a NFT?

A Non-Fungible Token (NFT) is a unique digital token encrypted with an artist’s signature and which verifies its ownership and authenticity and is permanently attached to the piece.

Most NFTs include some kind digital artwork, such as photos, videos, GIFs, and music. Theoretically, anything digital could be turned into a NFT.

Where do you buy them?

At the moment, NFTs are most commonly sold in so-called ‘drops’, timed online sales by blockchain-backed marketplaces like Nifty Gateway, Opensea and Rarible.

Why would I want to own one?

There’s an array of reasons why someone may want to buy a NFT. For some, the reason may be emotional value, because NFTs are seen as collectors items. For others, they are seen as an investment opportunity similar to cryptocurrencies, because the value could increase.

When were NFTs created?

Writer and podcaster Andrew Steinwold traced the origins of NFTs back to 2012, with the creation of the Colored Coins cryptocurrency. But NFTs didn’t move into the mainstream until five years later, when the blockchain game CryptoKitties began selling virtual cats in 2017.