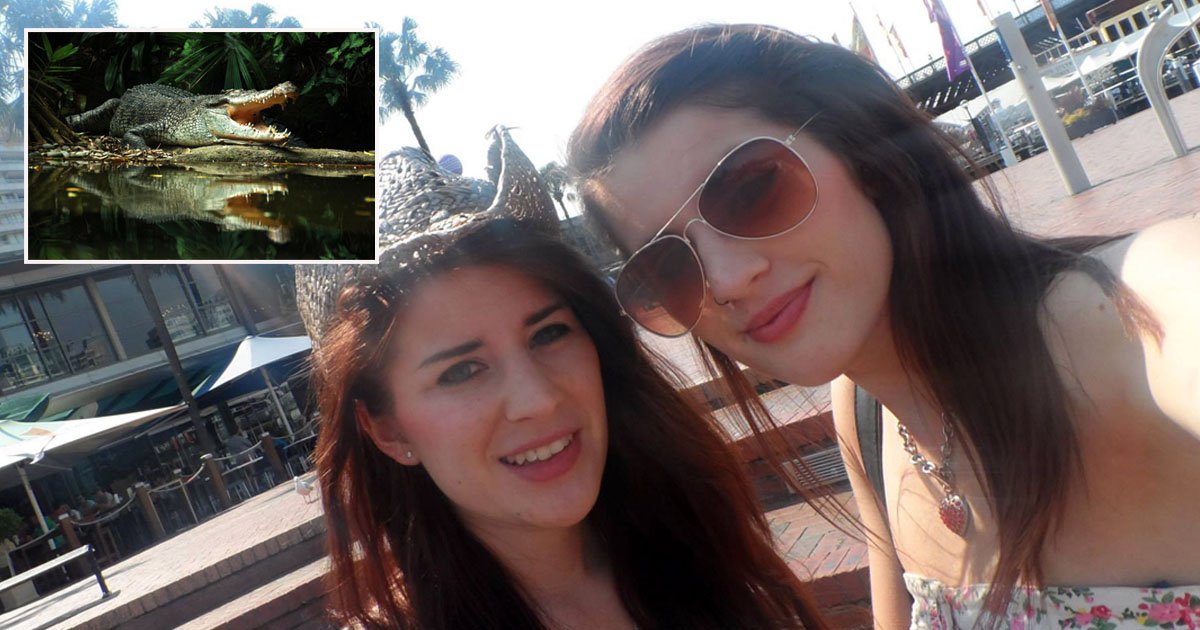 The British backpacker who had to be rescued from the jaws of a crocodile in Mexico has emerged from her coma saying she is grateful to be alive.

Melissa Laurie, 28, was swimming in the bioluminescent waters of Manialtepec Lagoon when a 10-foot crocodile dragged her under and then left her face-down on the surface.

Her twin sister Georgia started pulling her to the boat but the reptile attacked again. Georgia fought the crocodile off, punching its face several times.

Melissa was put into a medically induced coma to help her heal from severe bites to her entire body – some of which turned septic – along with dangerous organ lacerations and water on her lungs.

She emerged from the coma on June 10 and spoke out for the first time since her terrifying ordeal.

In a voice note to the MailOnline, Melissa said:  ‘I am extremely grateful that I came out of this alive and that I had Georgia fight my side for me.’

The twins’ mum also said she had received a photo of Melissa in her hospital bed looking ‘better but obviously in a lot of pain’.

It comes after the twins’ eldest sister, Hana Laurie, shared a voice note from Georgia reporting back on a visit with her twin.

‘But she can’t talk because of the soreness in her throat from the tube.’

The pair, from Berkshire, had left on a world-trip in March and planned to return home in November.

They were staying at a popular sur resort, about 10 miles from the crocodile attack, and had apparently been told by a tour guide that it was safe to swim in the lagoon.

But the guide was reportedly unlicensed and operating illegally and has since disappeared.

People have donated more than £40,000 to the family’s GoFundMe page so the twins’ dad can travel to Mexico and support his daughters.

Hana said: ‘On behalf of my family, my parents, my sister and I, thank you so much to everyone who has supported us and sent us love and sent their hard-earned money to the GoFundMe.

‘It’s been really overwhelming. We now think we have enough so we want to do the right thing and kind of just say: “Thank you, we’re going to see how we get on from here”.’