Britney's mother Lynne asks judge to 'listen to her wishes'

Britney Spears’ mother has written to the judge in her conservatorship case, asking her to allow Britney to appoint her own attorney and end the legal framework she says is ruining her life, saying she can look after herself and has been able to for years.

In a court filing on Wednesday that was obtained by DailyMail.com, Lynne Spears asks Judge Brenda Penny to ‘listen to the wishes of her daughter’.

Her attorney wrote: ‘On June 23, 2021 in very courageous showing, Conservatee [Britney] appeared by phone and spoke for almost twenty—five minutes, baring her heart to the Court in an impassioned plea to be heard on several requests.

‘Petitioner Lynne Spears, interested party and mother of the Conservatee, hereby petitions this Court to listen to the wishes of her daughter, and as first step, respectfully requests an Order granting permission to the Conservatee to hire her own private legal counsel.’ 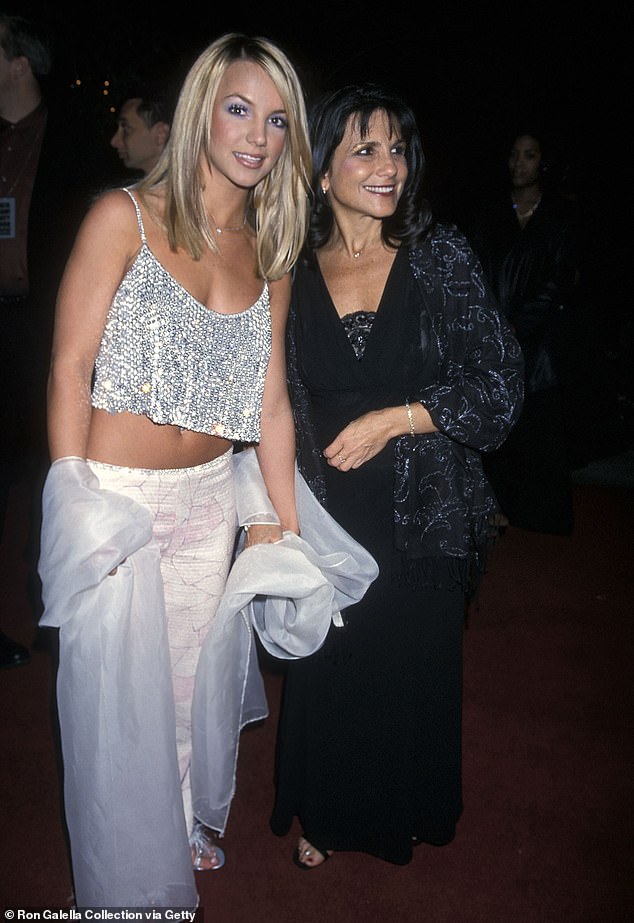 In a court filing on Wednesday that was obtained by DailyMail.com, Lynne Spears asks Judge Brenda Penny to ‘listen to the wishes of her daughter’. The pair are shown in 2000 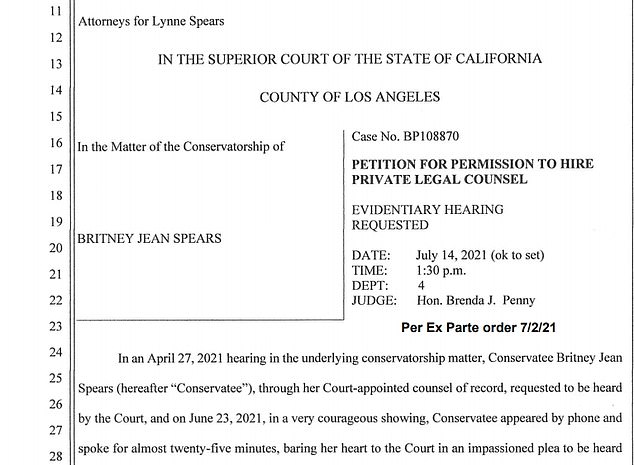 Lynne’s attorney goes on to say Britney has ‘quite literally earned hundreds of millions of dollars’ as a celebrity and can care for herself.

‘It is beyond dispute that this is a unique conservatorship. In the original petition for appointment, her given address was the UCLA Medical Center.

‘Now and for the past many years, she is able to care for her person and in fact has, inside the parameters of this conservatorship, earned literally hundreds of millions of dollars as an international celerity.

‘She should no longer be held to the same standard,’ Lynne’s attorney wrote.

In a separate filing, Jodi Montgomery, the co-conservator in charge of Britney’s ‘person’ – meaning she makes her medical decisions – asked the court to approve payment for her to get security, claiming she’s been getting death threats.

She insists that Britney wants her to remain in charge of her person and even submitted a text which she says Britney sent her after testifying before the court.

DailyMail.com understands that the texts were sent on July 2, a week after Britney told the court she wanted to make her own decisions. 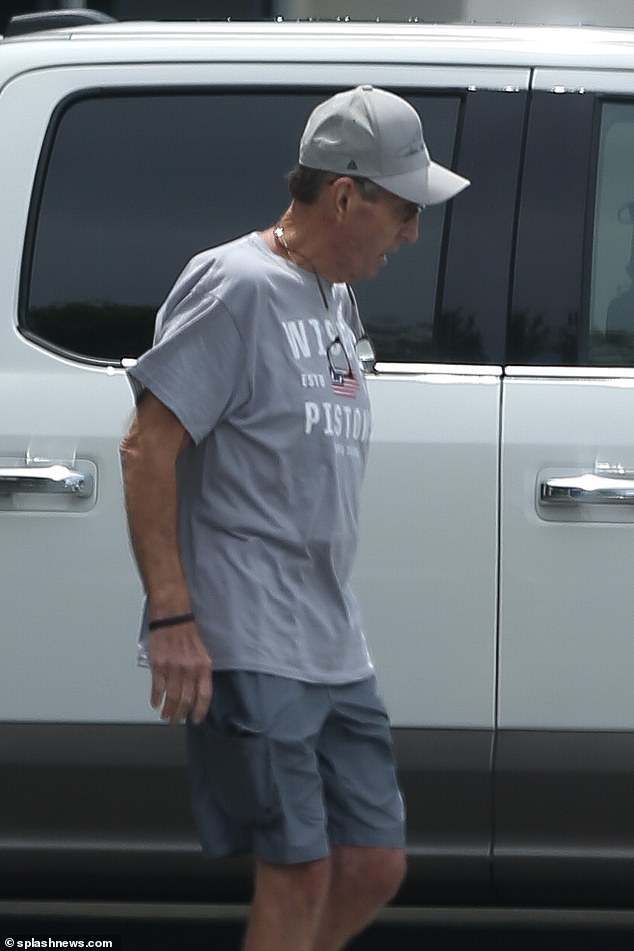 Britney’s father Jamie, pictured recently, is refusing to step down and remains in control of her finances

They read: ‘I need u to stay as my co conservator of person. I’m asking u for ur assistance in getting a new attorney. Thank u for ur help.’

In her filing, Montgomery asks the court to tell Jamie Spears to pay for her extra security which will cost $25,480-a-fortnight.

‘Since the hearing, which was illegally broadcasted and replayed to an incredibly wide audience, there has been a marked increase in the number and severity of threatening posts about Petitioner on all social media platforms as well as text messages, phone calls, and emails directed to [her] personally.

‘Many of the messages threaten violence against her. She has forwarded these communications to the security company retained by the Conservator of the Estate.

‘Security has determined the security risk to be serious enough to recommend that 24/7 physical security be provided to Petitioner on an interim basis in order to protect her from harm and until she can make certain security improvements at her home and office residence.

‘Security has been at her home being conditionally paid for by the Estate because it is cost-prohibitive for the Petitioner to bear the cost of it personally.’

She insists that despite what Britney claimed in court, she still wants Montgomery to stay on.

A representative for Montgomery refused to comment on why Britney told her one thing in private and said another in open court.

The next court hearing is on July 14.