CAITLYN Jenner slammed Jimmy Kimmel as "transphobic" for calling her "Trump in a wig" and asked if there was any group he won't attack.

Jenner, who is running for governor of California, hit back at the talk show host by posting a series of the comedian's past offenses like performing in black face and a joke about "killing everyone in China." 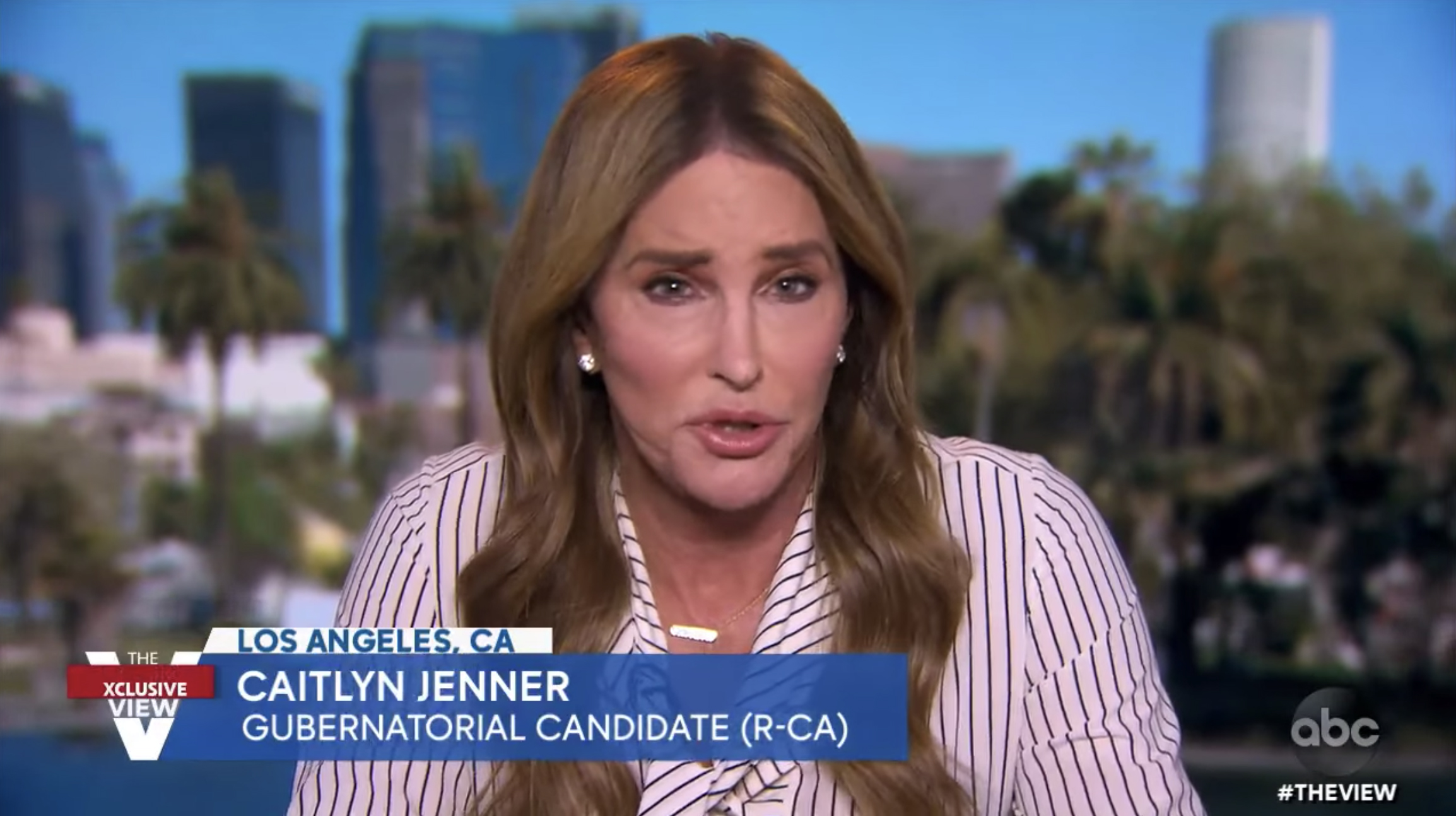 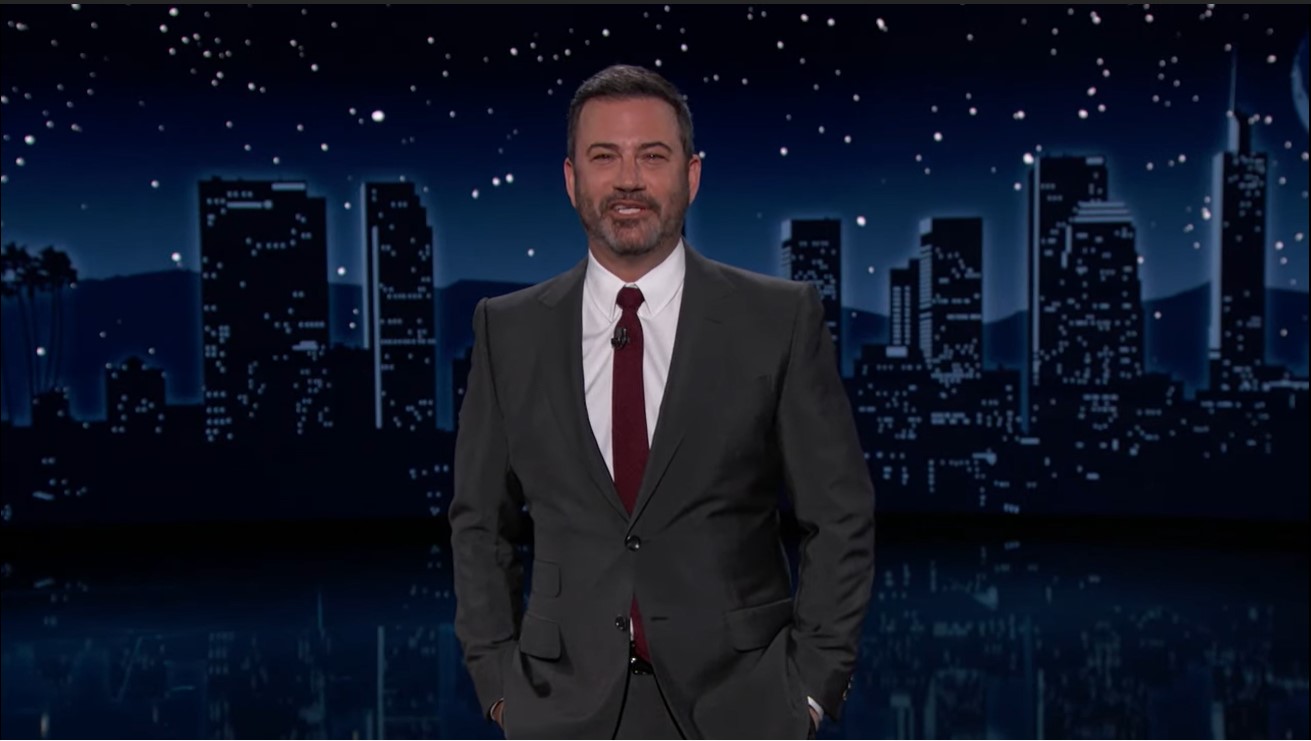 Jenner posted a screenshot of The Sun's story about Kimmel's comments and questioned why the LGBTQ community was not condemning him.

"He obviously believes that trans women are simply men with wigs on. Where is the outrage from the left or LGBT community?

"Being WOKE must be optional if you are a Democrat," she added. 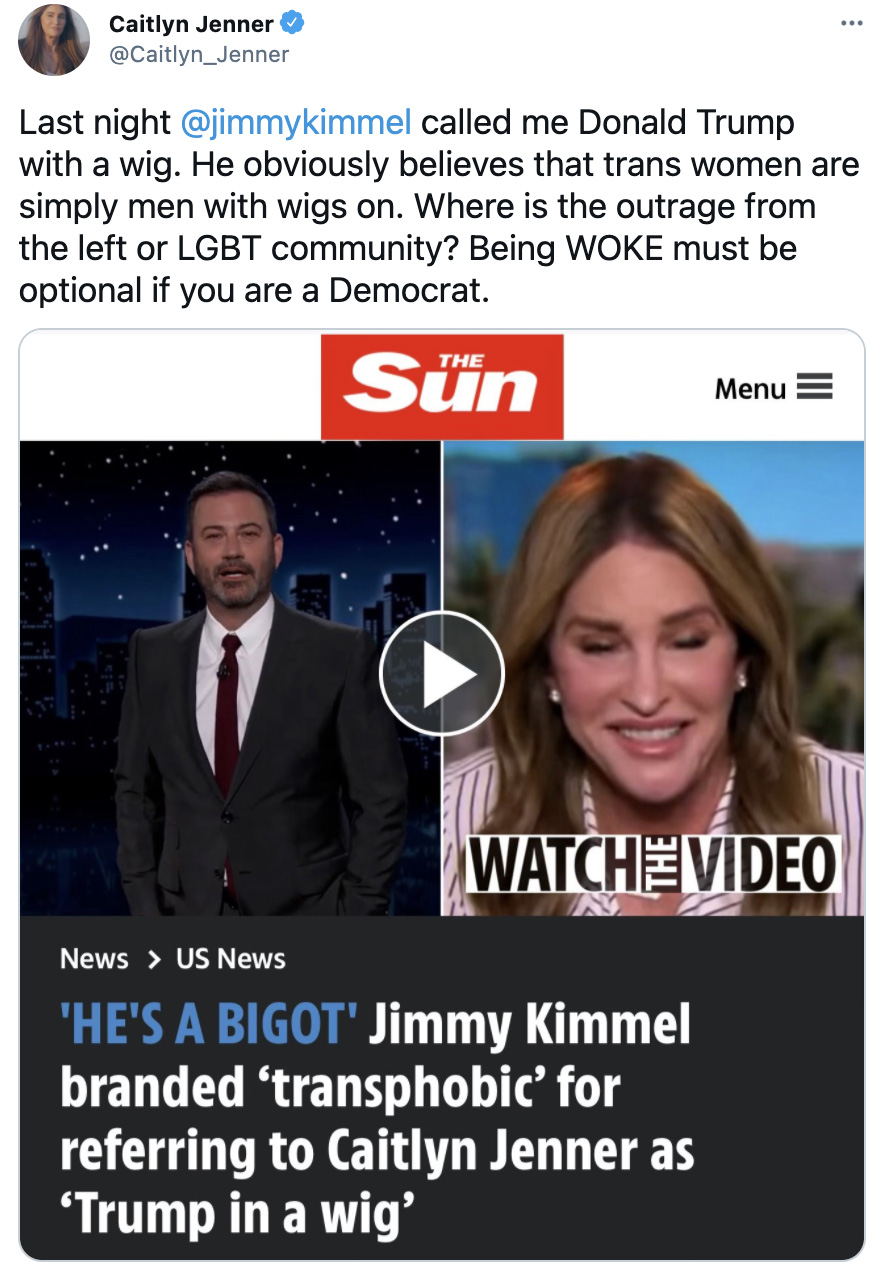 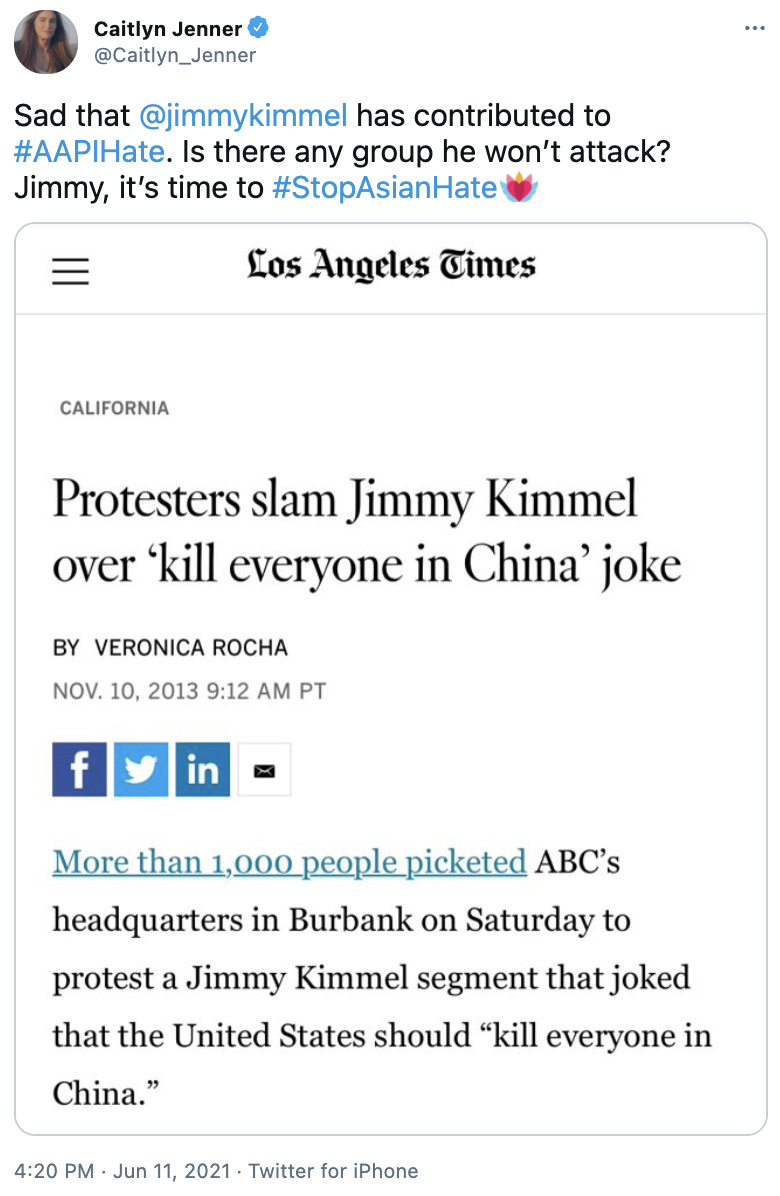 Kimmel compared Jenner to Donald Trump during an episode of his show on Thursday, after she appeared on The View earlier in the day.

"Are we sure that isn't Donald Trump in a Caitlyn Jenner wig?" the host quipped.

"The resemblance is uncanny," he went on, later referring to the gubernatorial candidate as "Caitlyn Jenner Car-crash-ian."

"Caitlyn Jenner has a better chance of being the next Batman than she does governor of California," he added.

In her take down, Jenner brought up several missteps Kimmel has gotten heat for in the past. 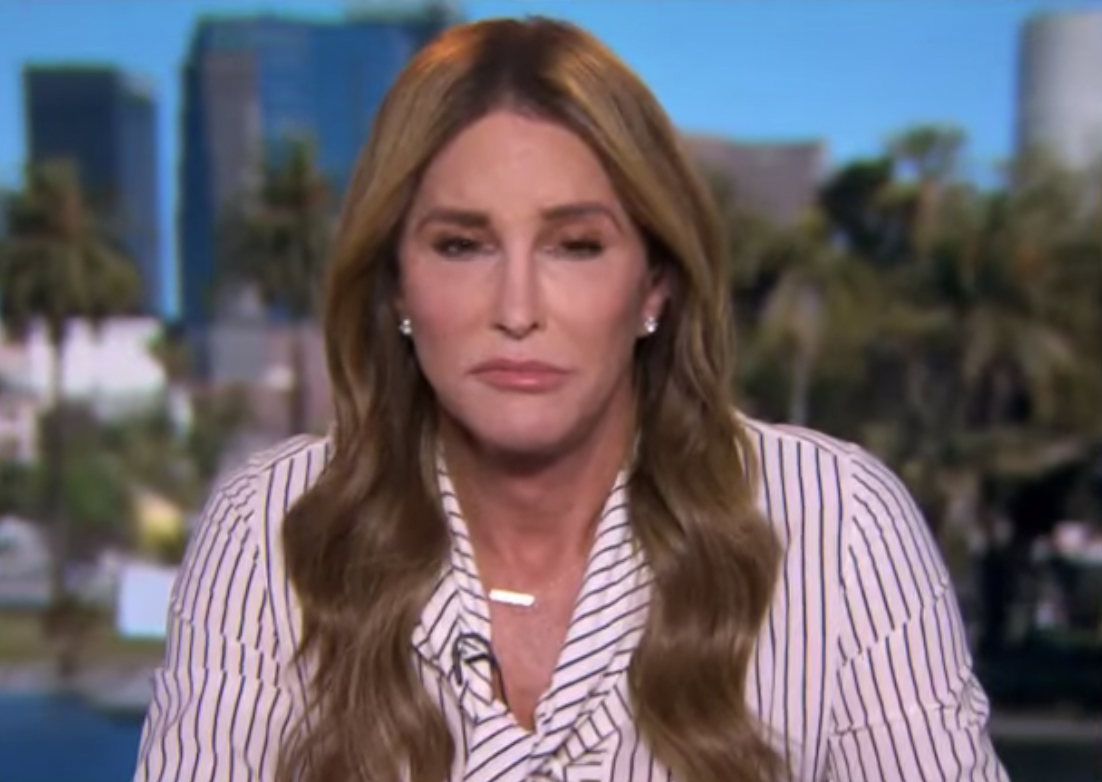 "Speaking of @jimmykimmel he also received a pass from the WOKE on his use of black face and racist actions. Hypocrite," Jenner wrote along with a photo of Kimmel dressed up as NBA player Karl Malone in the 1990s.

Kimmel issued an apology for the incident in 2020 after the photos resurfaced.

"I never considered that this might be seen as anything other than an imitation of a fellow human being, one that had no more to do with Karl's skin color than it did his bulging muscles and bald head," Kimmel wrote.

Jenner's takedown then targeted a 2013 sketch of Kimmel's where he asked a group of children how they believe the US should pay back debt it owes to China. One of the children suggested, "Kill everyone in China."

Kimmel was slammed for the sketch at the time and issued an apology for that as well.

"Sad that @jimmykimmel has contributed to #AAPIHate. Is there any group he won’t attack? Jimmy, it’s time to #StopAsianHate," Jenner wrote.

She also slammed the comedian for a sketch in which he asked women to fondle him in public, claiming that, "his treatment of women is wrong. Disgusting. Vile."