Canada McDonald's that sparked 900 police call over fights to close

World’s ‘worst’ McDonald’s will shut down after nearly 40 years: Canada fast food store that sparked 900 police call-outs over fights – including one involving a RACCOON – will not renew its lease

The infamous McDonald’s based in Ottawa, Canada, which saw more than 900 fights in recent years, will shut down after nearly 40 years of service.

Peter Crosthwaite, who owns the building on Rideau Street, told CTV that the franchise owner decided not to renew the lease, with the restaurant set to shut down in April.

The McDonald’s, which a former manager dubbed ‘the worst,’ is mostly known for a viral video of a large 2013 brawl inside its doors that saw customers trading blows while one man pulled out a raccoon from his jacket.

Constant fights and unruly guests triggered more than 800 calls to police in 2018 alone, leading the McDonald’s to drop its 24-hour schedule, but Ottawa police reported that they still received more than 150 calls last year. 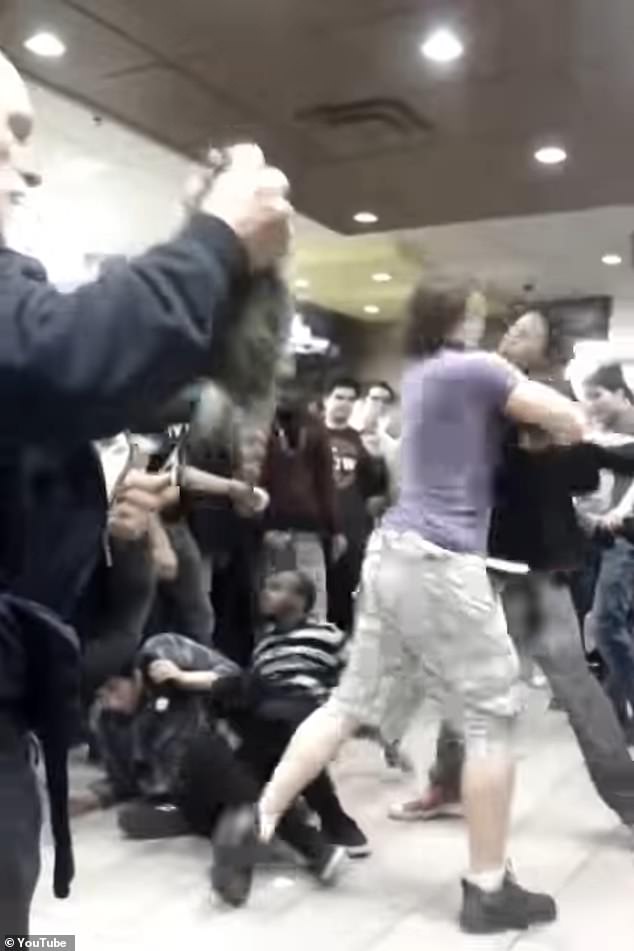 The McDonald’s in Ottawa’s Rideau Street will close down after years of hundreds of brawls breaking out inside its doors. Its most infamous fight involved a man pulling out a raccoon 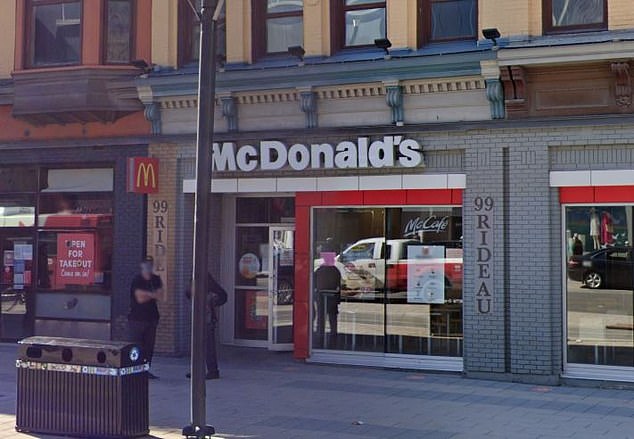 Ottawa Police urged the restaurant to end its 24-hour service schedule after more than 800 calls to cops were made in 2018 alone. The restaurant is located at 99 Rideau

The video that brought infamy to the Rideau Street McDonald’s, which opened in 1985, starts with a group of men brawling inside the restaurant, surrounded by other customers.

The men trade vicious blows with each other, and as more join the fight, one man could be seen pulling out a raccoon, appearing to brandish the animal as a weapon before taking a step back from the chaos.

The man could be seen holding the raccoon as he shoves two others who were fighting besides him.

When the brawlers leave the restaurant, many spectators could be seen celebrating the fight they witnessed.

The brawl, however, was not an isolated event as a video from 2018 shows a group of three men beating each other with ‘Wet Floor’ signs during a 1 am fight.

The video, dubbed ‘Legendary Rideau McDonalds,’ shows the men violently slinging the signs at each other as customers yell at them to stop while some cheer them on.

The men also trade punches and kicks, before one of them picks a sign back up and smacks another on the head before walking away. 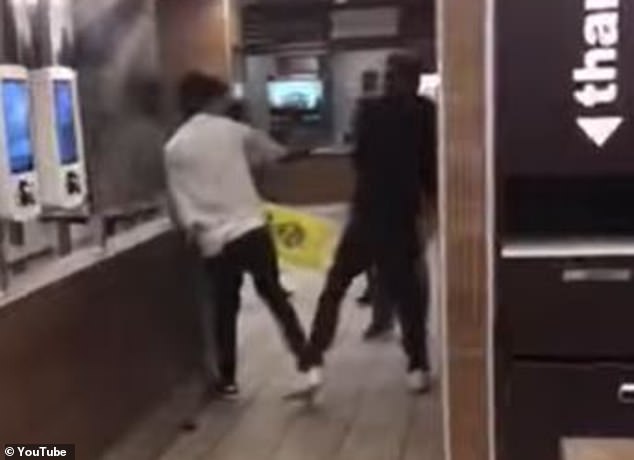 That fight was the more than 800th that year that ultimately triggered then-Ottawa Police Chief Charles Bordeleau to send a letter to Canada’s McDonald’s leadership about the ‘ongoing criminal activity and social disorder.’

Along with the fights, the restaurants was also plagued with an onslaught of disorderly customers, with many of the interactions filmed.

One incident from 2016 shows a man cursing at staff who are yelling at him to get out. He then proceeds to take off his shirt and warn the employees not to touch him.

Another video from that year shows a woman who appears disorientated yelling at staffers for her bag as they try to keep her away and direct her outside the restaurant.

The incidents and pleas from police eventually lead the 24-hour restaurant to reduce its hours to 6 a.m. to 10 p.m., and although fights were no longer as prevalent, they were still a constant presence. 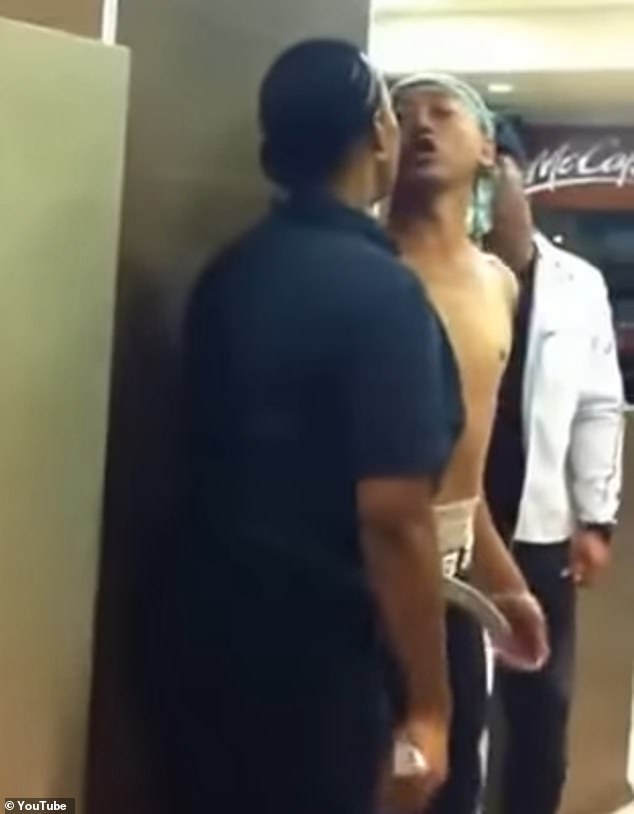 Along with constant fights, the restaurant has also been plagued by unruly customers, including one who took off his shirt and started cursing at staff in 2016

Despite the fights and unruly customers, Crosthwaite suggested the McDonald’s decision not to renew their lease with him was a result of dipping revenue not because of the regular chaos, but because of changing city infrastructure.

‘The city tore up Rideau Street and put the subway in. Then they re-tore it to enhance it, put curbing in,’ Crosthwaite told CTW.

‘The freedom rallies and we had COVID, all these things are upheavals that can’t make it easy for a steady, reliable operation.’

McDonald’s Canada did not immediately respond to DailyMail.com’s request for comment. 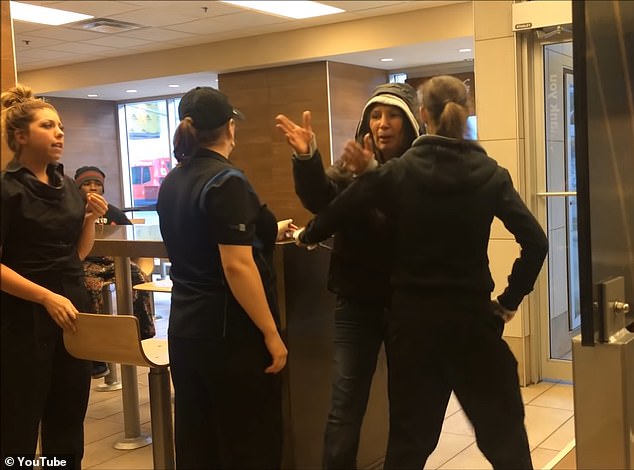