A BLOKE who was trying to sell his car accidentally posted a naked picture in the online advert- leaving Twitter users in stitches.

The hilarious blunder happened when the Australian car seller shared images of a 2011 Nissan Navara 4×4 to carsales.com, along with a couple of naked photos. 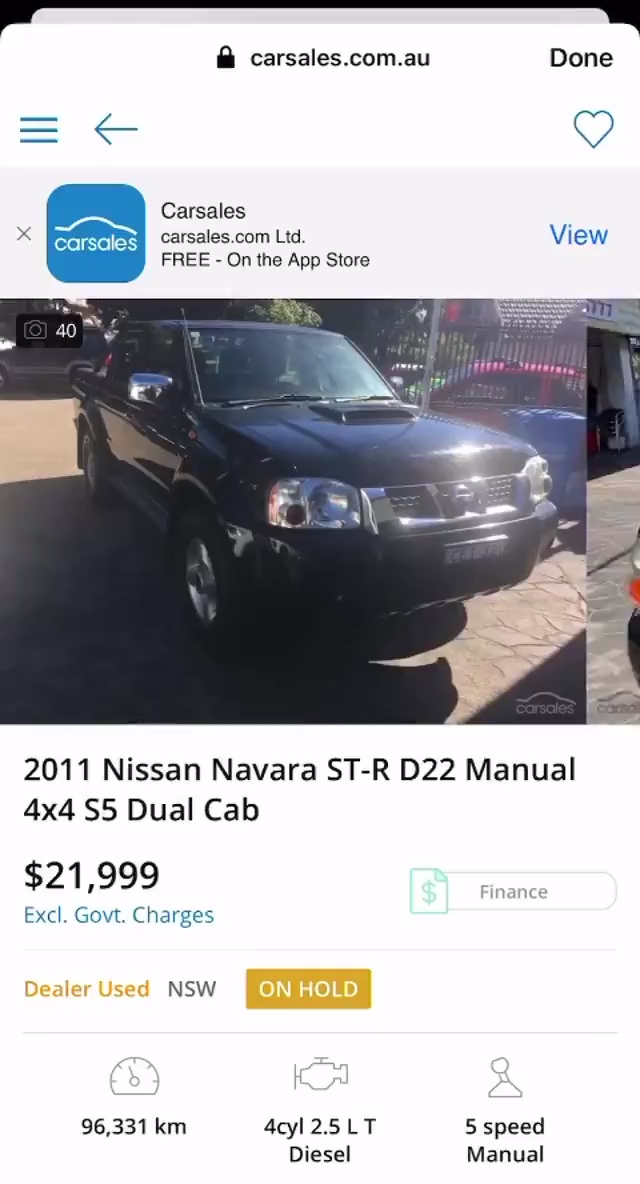 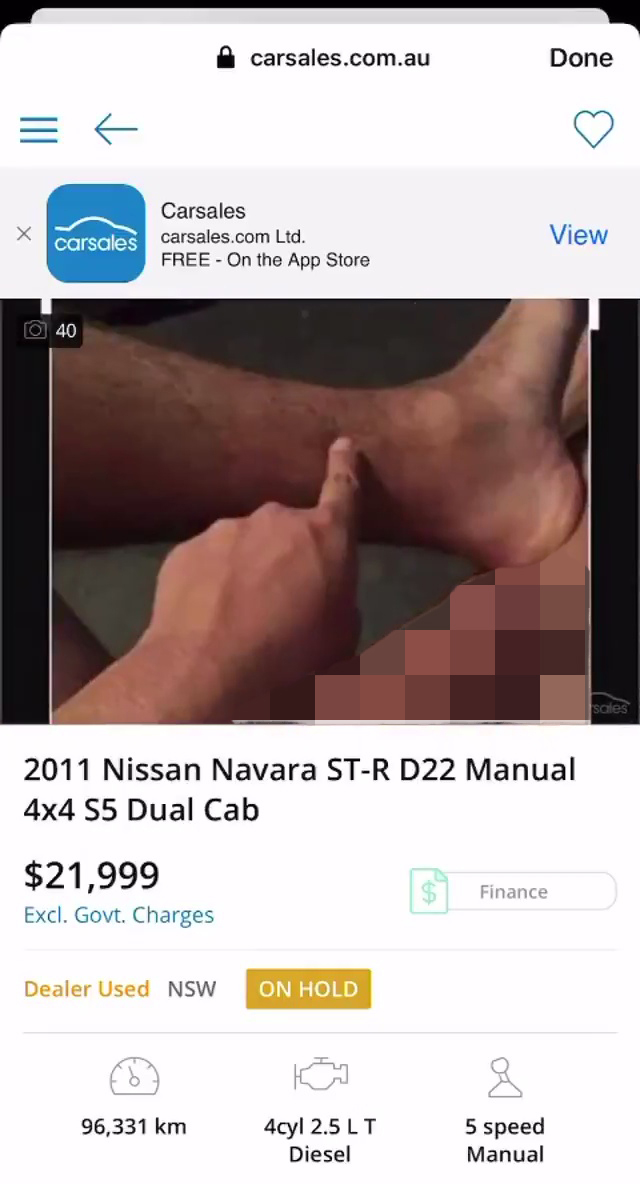 Twitter users who went through the gallery of 40 photos spotted at least two "not safe for work" images.

Twitter user @browncardigan69 shared a screen recording with the caption "You lookin?"

A Twitter user commented: "Whenever I see a Nissan Navara on the road again I’ll have visions of that d*** pic."

Another one said: "I searched all of Carsales for this one with the customised gear stick."

While another one said: "The wheel alignment is a bit out."

According to LadBible there were at least two images of a man's genitals, one slightly more subtle than the other.

The remains unclear whether the seller was able to eventually get a good price for the car but the advert has now been removed from the website.