Cardi B is sharing her political priorities with Joe Biden. The 27-year-old rapper covers the September issue of Elle,  and, in an accompanying feature, sits down via Zoom with the 77-year-old presidential hopeful to discuss her biggest concerns ahead of the 2020 election.

“What I want is free Medicare. It’s important to have free [healthcare] because look what is happening right now,” Cardi says, referencing the coronavirus pandemic. “Of course, I think we need free college.”

“If I get elected president, anybody with a family [that makes] less than $125,000, you’re going to get free education,” Joe tells Cardi. ” And everybody gets free community college.”

Cardi, who previously supported Bernie Sanders in the primary election, is also focused on race relations, telling Biden, “I want Black people to stop getting killed and no justice for it.” 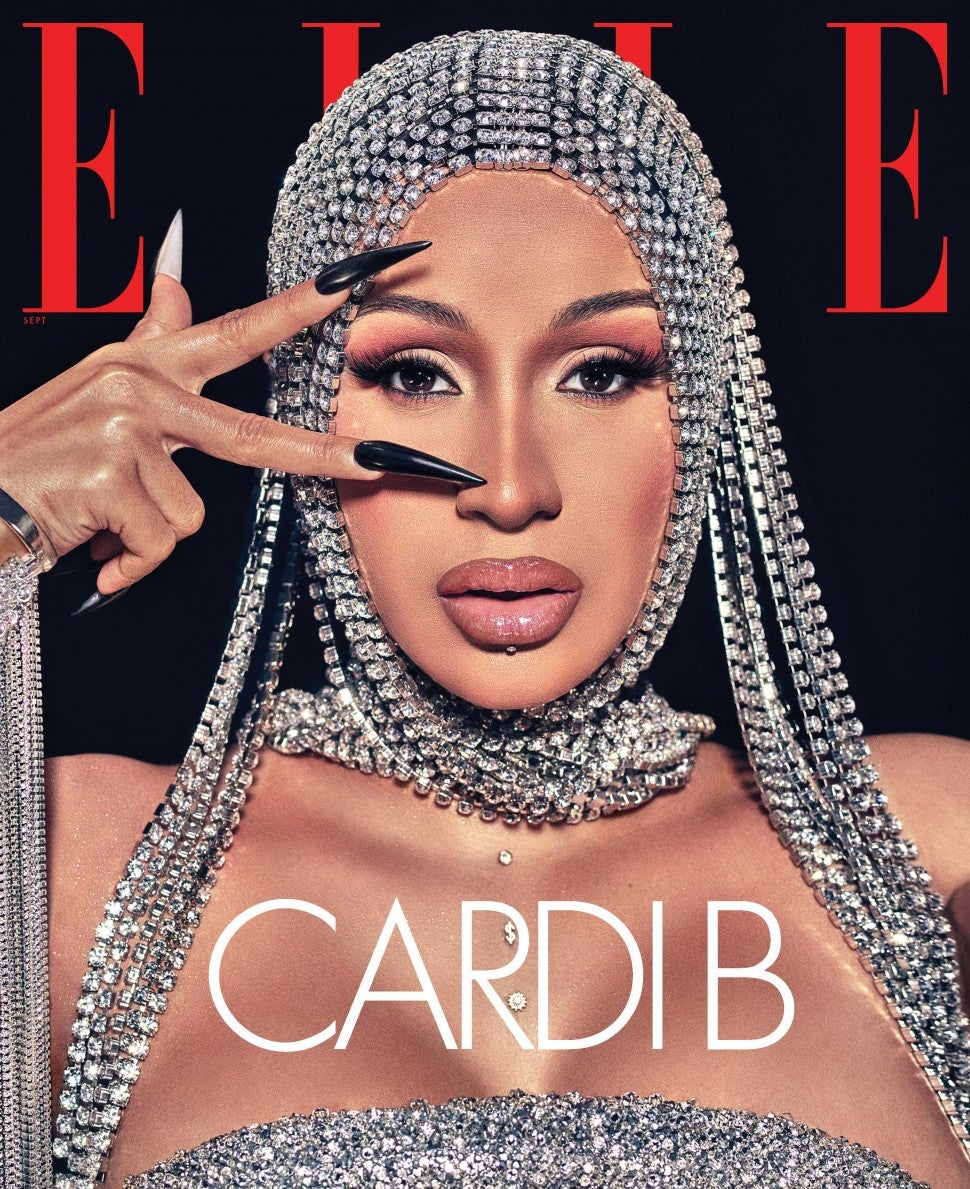 Cardi goes to explain that the racial strife in the country has made some feel like they’re “not even part of America.”

The “WAP” rapper, who has a 2-year-old daughter, Kulture, also notes that “prejudice is dangerous” and “could be the start of a civil war.”

“It makes people feel uncomfortable around different people. Nobody wants to feel targeted. Nobody wants animosity. Everybody just wants the best for themselves, their future, their kids’ future,” she says. “I don’t want to [have] to tell my kid, ‘You have to be careful going to the store. Don’t wear a hoodie. Please don’t get stopped.’ We don’t want that.”

“Racism has always existed,” she adds. “But I feel like right now, there’s just a lot of tension. And we need somebody to clean that up. I’m just so tired of it.”

Another thing Cardi says she tired of is the current president, Donald Trump.

“I just want Trump out. His mouth gets us in trouble so much. I don’t want to be lied to — we’re dealing with a pandemic right now, and I just want answers,” she says. “I want to know when this will be over. I want to go back to my job. But I don’t want someone to lie to me and tell me that it’s OK not to wear a mask, that everything is going to be OK. I want a president to tell me what the steps are for us to get better, to tell me, ‘This is why it is taking so long, this is why other countries are doing better than ours.’ Tell me the truth, the hard-core truth.”

Biden assures Cardi that all of her concerns will be addressed in his administration, telling her, “There’s no reason why we can’t have all of that.”

While the former vice president’s response is certainly a welcome one for Cardi, the rapper continues questioning him by asking how all of that can be accomplished without significantly raising taxes.

“We can pay for all of this is doing practical things, like making sure that everybody has to pay their fair share,” he responds. “[For example] no corporation should pay less than 15 percent tax.”

For all of this to happen, though, Biden says the younger generation must vote on election day.

“In 2016, if 18 to 24-year-olds had voted in the same percentage as the rest of the population, there would have been 5.2 million more votes. We wouldn’t have [Trump]; we would have had Hillary Clinton. The vote matters,” he says. “That’s why you keep talking to people about the need to vote. Your generation can own what happens in the next election. They can change things dramatically if they show up and vote.”

Though younger voters didn’t make their voices heard in 2016, Biden notes that, as a whole, the generation makes him “so optimistic.”

“You’re the smartest, the best educated, the least prejudiced, and the most engaged generation in history,” he says. “And you’re going to change things. I really mean it! I’m not trying to be nice.”

“That’s why I want the new generation, my fans, my people to go out and vote,” Cardi agrees. “I know we are so eager to make money, to look a certain way, to have style, celebrity gossip. And it’s like, why don’t we make a change for real and vote?”

The candid conversation ends with Biden confessing to Cardi, “I’ll make mistakes as president, but I’ll admit to the mistakes I make, and you’re never going to have to wonder whether I’ll keep my word… I’ve never broken my word. Never in my life.”

Election Day is Nov. 3, 2020 — head over to Vote.org to register to vote and to get all the latest information.