Bloomberg News, citing people familiar with the matter, reported Tuesday a group of Carvana’s 10 biggest lenders holding around $4 billion of the company's unsecured debt have made a three-month pact to act together in the case of restructuring. Creditors' names in the report include Apollo Global Management and PIMCO. (Disclosure: Apollo Global Management owns Yahoo.)

PIMCO and Apollo declined to comment. Carvana did not immediately respond to Yahoo Finance's request for more information.

Wednesday's collapse in Carvana's share price also comes as Wedbush analyst Seth Basham downgraded the stock to Underperform and slashed his price target to $1 from $9 following news of the agreement, citing rising bankruptcy risk for the company.

“This move [from creditors] will help avoid the infighting among lenders that has occurred in other restructurings recently,” Basham wrote in a note. “We believe these developments indicate a higher likelihood of debt restructuring that could leave the equity worthless in a bankruptcy scenario.”

Basham also called Carvana's acquisition of Adesa's physical auction business back in May an "ill-timed" deal that, "has an albatross around its neck, not only adding $336m of incremental annual interest expense due but also saddling the company with additional reconditioning capacity that it does not need." 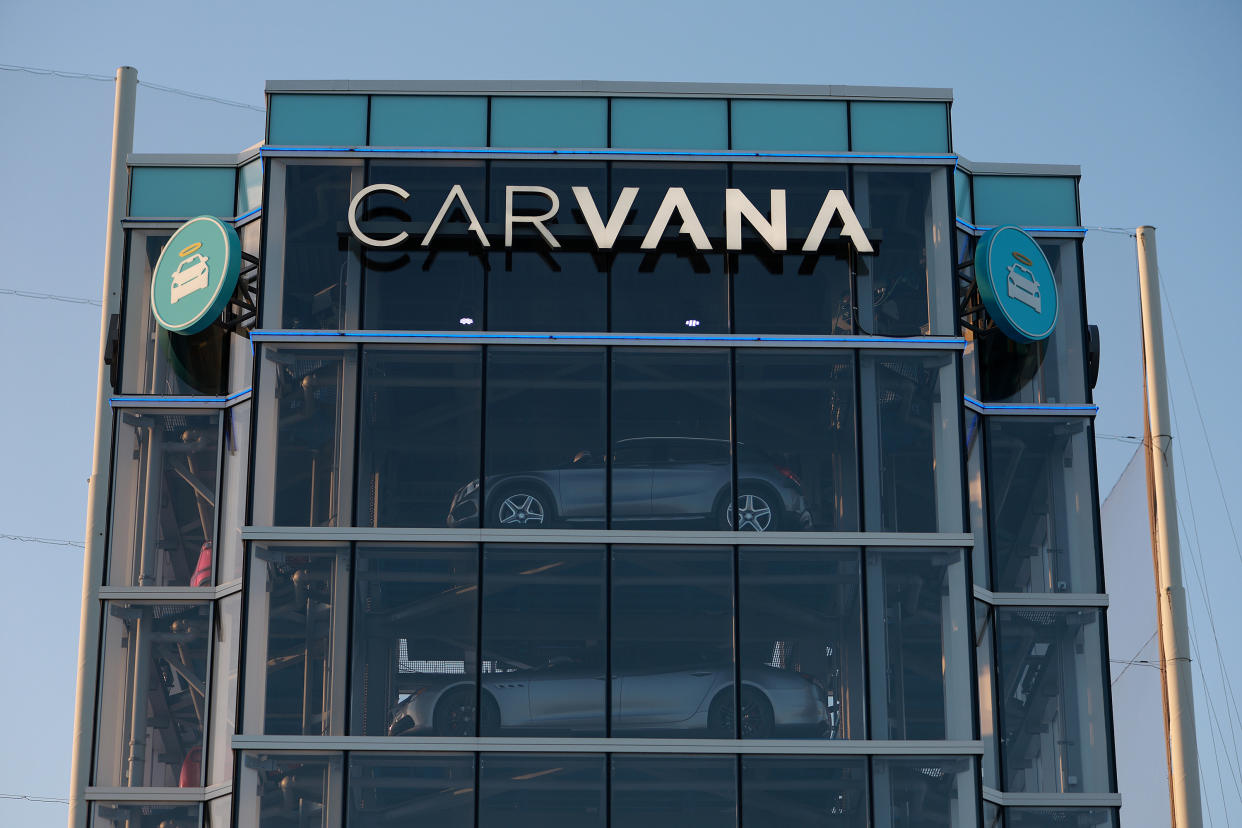 Shares of the beleaguered online car dealer plunged below $4 on Wednesday, the first time Carvana’s stock price has fallen under $5 since the company went public in 2017. Carvana’s stock is down more than 98% year-to-date.

Wednesday’s downgrade from Wedbush comes as droves of Wall Street analysts have slashed their rating on the stock in recent months.

Last month, Bank of America downgraded Carvana to Neutral on concerns over liquidity and cash burn. “We now believe that without a cash infusion, Carvana is likely to run out of cash by the end of 2023,” BofA’s Nat Schindler and Vincent Huebner said in a November 30 note.

Earlier in November, Morgan Stanley analysts said shares could be worth $1 per share amid what they saw as a deterioration in the company's fundamentals.