Children's doctor suspended after admitting flashing people in a park

Children’s intensive care doctor, 44, is suspended after he was cautioned for exposing himself while walking around nature reserve

A children’s intensive care unit doctor has been suspended after he was held in a citizens’ arrest for flashing whilst strolling around a nature reserve.

Dr Salman Siddiqi, 44, was detained by onlookers in June 2019 after they spotted him exposing his genitals in broad daylight as they walked through Tower Hamlets Cemetery Park in London’s East End.

Siddiqi was subsequently handed over to police and later accepted a caution which meant he admitted the offence – but he then failed to tell regulators at the General Medical Council.

His caution remained a secret for almost two years until the shamed NHS medic alerted GMC officials in March last year following an ‘informal discussion’ with a senior colleague. 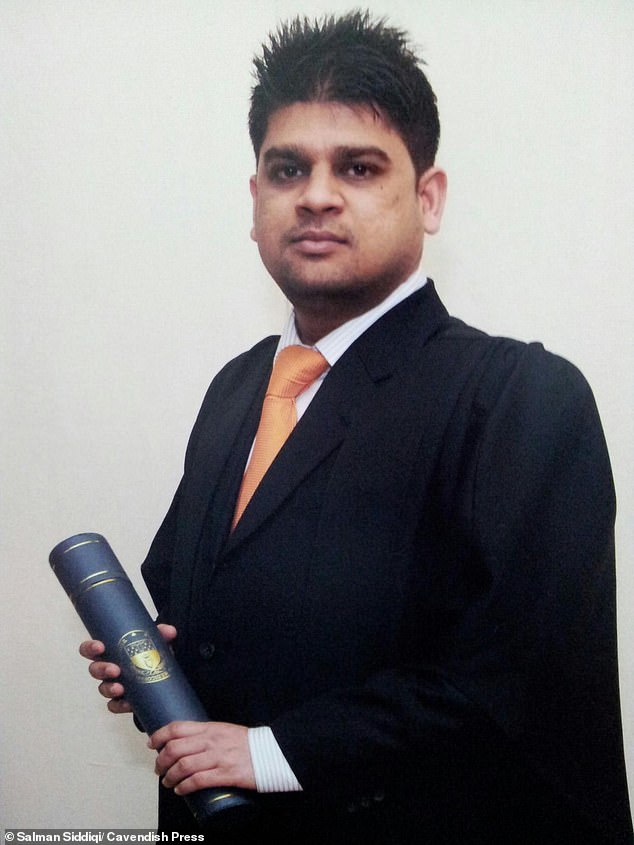 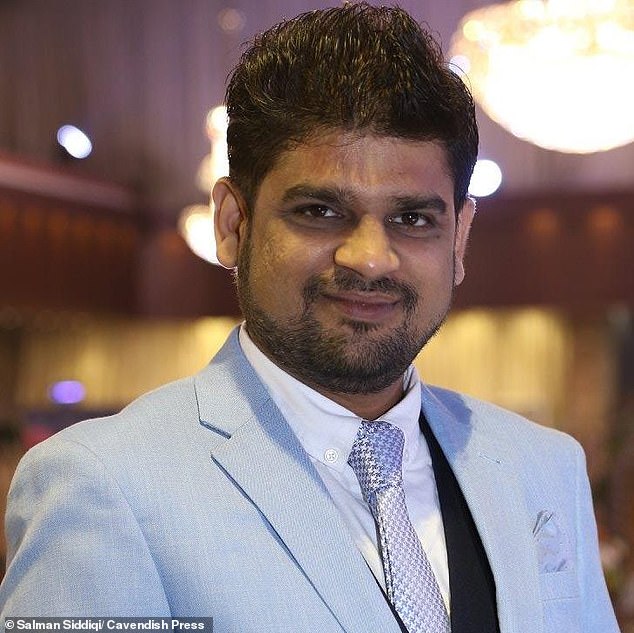 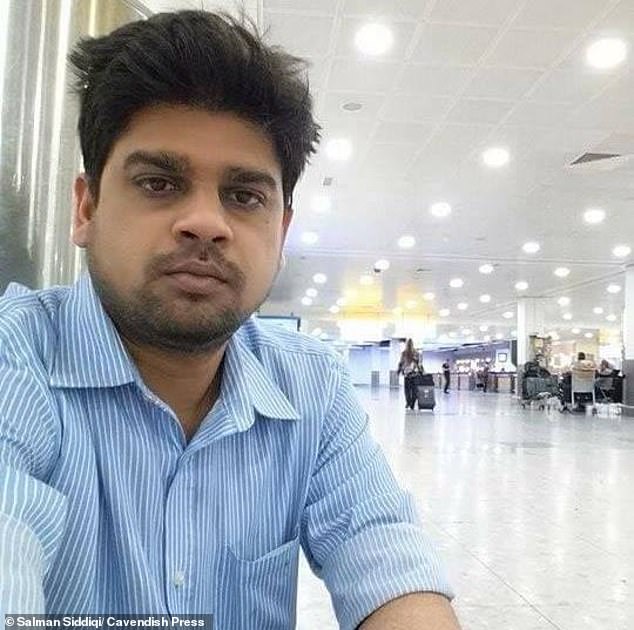 Following his caution, Dr Siddiqi failed in his obligation to report the matter to the General Medical Council who would consider his conduct during a disciplinary hearing

At the Medical Practitioners Tribunal Service, Siddiqi a locum Paediatric Intensive Care Unit Consultant at the Royal London Hospital was suspended for a month in a hearing largely held behind closed doors due to the doctor’s ‘private issues.’

He had expressed ‘regret’ over his actions but although he claimed to have ‘identified the trigger’ for it, he could not give cast iron assurances against repeating his behaviour.

He says he has since formed a support network and was getting help from friends and the imam at his local mosque.

Siddiqi who qualified in 2001 had worked at Guys and Great Ormond Street children’s hospital and at the time of the flashing offence was working for Barts Health NHS trust.

He was given a caution at Bethnal Green police station ‘for intentionally exposing his genitals at Tower Hamlets Cemetery Park on 1 June 2019, intending that someone would see them and be caused alarm or distress.’ 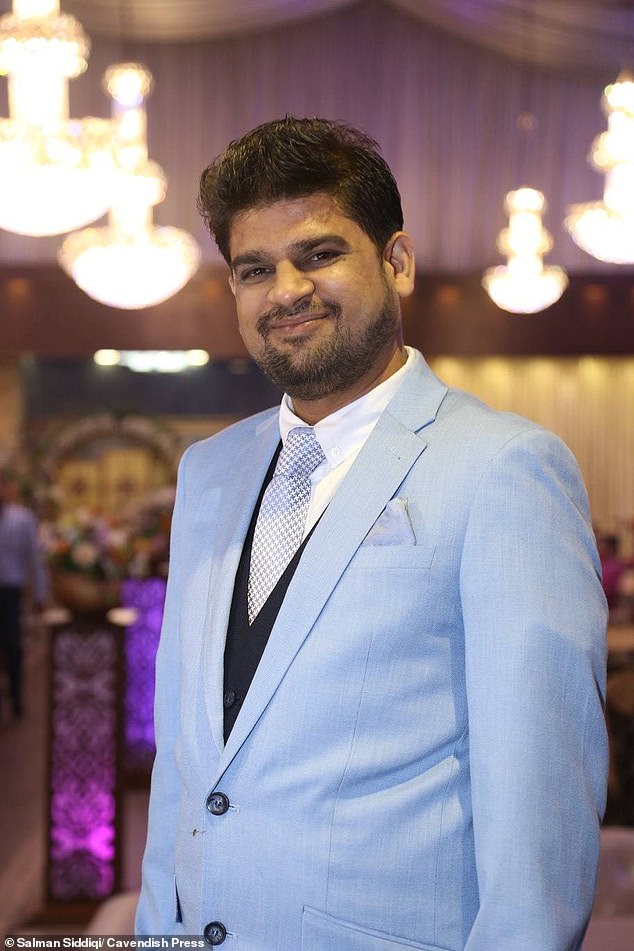 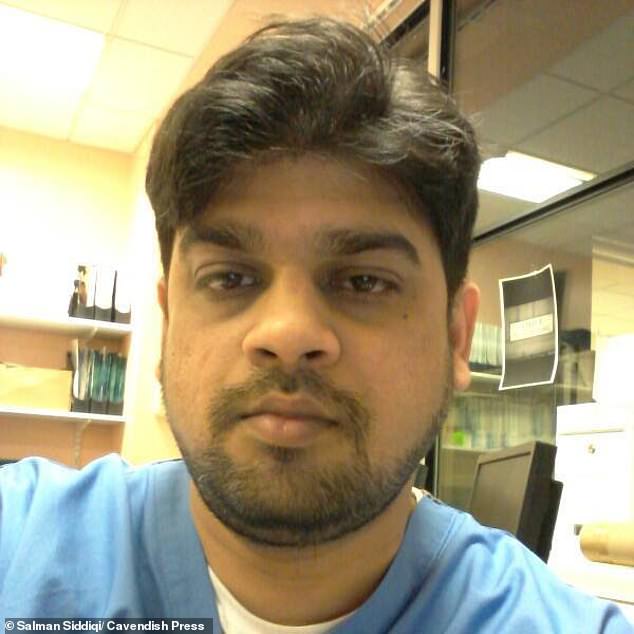 Instead, they decided to suspend him from practice for one month

Little detail was given of the offence itself but GMC lawyer Boyd Morwood told the Manchester hearing: ‘At a time of moral turbulence, the public expects professionals to act in accordance with the duties imposed upon them by law.

‘Dr Siddiqi’s conduct failed to meet the high standards expected of him. He acted in an indecent manner in a public place and accepted that his

conduct on the day was such as to cause others alarm or distress.

‘Irrespective of whether Dr Siddiqi later regretted his actions, they were intentional, conducted in a manner traversing the accepted norms of behaviour and without fear of consequence.’

‘He turned a blind eye to his responsibility and was willing to mislead the GMC both by concealment and by misrepresenting the offence. Whilst Dr Siddiqi has sought to identify the trigger for his actions, he could not give cast iron assurances against repetition. Until such evidence is received there remains a risk of re-occurrence.’

Siddiqi’s counsel Ms Catherine Stock called for her client to immediately resume unrestricted medical practise and said: ‘This has been a difficult journey for Dr Siddiqi. His reflective statement is candid and honest and he has provided evidence in a desire to be completely open and honest – evidence that he need not have provided.

‘It is not the role of the regulator to interfere in the personal life of any doctor save as to any issues in a doctor’s personal life that impact on the health and well-being of the public or indeed on the reputation of the profession.

‘The incident that led to the police caution was a one-off and a bad judgement call. He has since that time sought support from his superiors at work and his friends. He has learned and matured a great deal in the intervening period.’

She added: ‘The Tribunal should bear in mind the personal and professional matters in Dr Siddiqi’s life and finally the lapse of time since the offence for which he was cautioned occurred, some three years ago. Dr Siddiqi has expressed clear regret and remorse and has identified in clear terms why this will never happen again.’

MPTS chairman Andrew Clemes said: ‘The tribunal noted that members of the public had had to become involved in apprehending Dr Siddiqi, it was they who called the police, and that the offence had occurred in a public place in the hours of daylight.

‘The Tribunal did accept the submissions made on behalf of Dr Siddiqi this was a one-off incident, as opposed to a repeated pattern. However, it concluded that albeit an isolated incident, this was a particularly serious incident in which members of the public were obliged to become involved in apprehending Dr Siddiqi until police were notified and ultimately issued Dr Siddiqi with a caution.’

He added: ‘Dr Siddiqi did appear to be regretful and remorseful and had talked to colleagues and friends about it. The Tribunal found that the risk of him repeating the misconduct was highly unlikely.

‘Despite Dr Siddiqi’s religious and cultural background, he has decided to confide in friends, including his imam, which meant that he now has a support network which was lacking in the past.’