A team of Chinese scientists have wrapped a section of a remote glacier in blankets to slow its melting amid rising temperatures due to global warming.

The method can prevent masses of ice from melting too quickly by blocking solar radiation and heat exchange on the glacier’s surface, the researchers have concluded following a five-month experiment.

The team placed geotextile blankets, a type of environmental-friendly fabric, over a 500-square-metre (5,381-square-foot) area of Dagu, a fast-melting glacier in south-western China’s Sichuan Province. 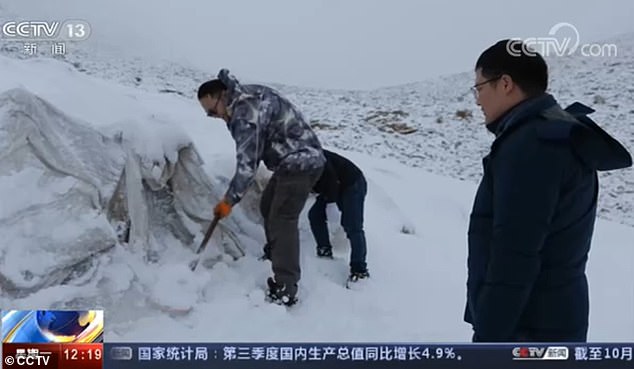 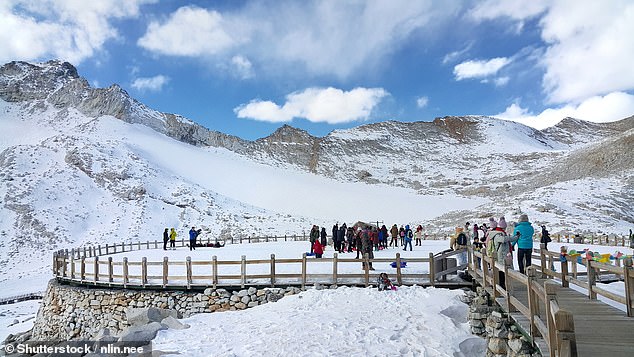 The team carried out the experiment to find a way to help slow the melting of Dagu Glacier (pictured in 2017). One researcher said Dagu had been retreating faster than other glaciers

The project began last August and was carried out by scientists from Northwest Institute of Eco-Environment and Resources.

The experts had chosen the site, situated about 5,000 metres (16,404 feet) above sea level, as it had been melting faster than many other Chinese glaciers.

Dagu Glacier is classified as a temperate glacier, which means that it is at the melting point and both contains liquid water and glacier ice. 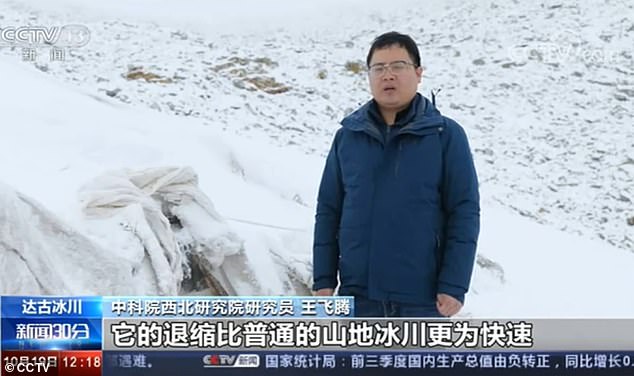 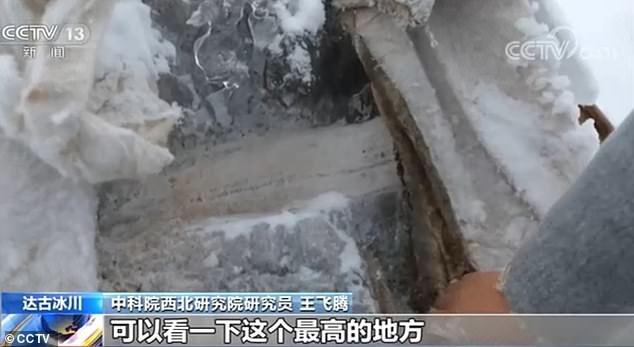 Wang and his colleagues discovered that the experiment had ‘significantly’ slowed down the speed in which the glacier had thawed.

He told Xinhua News Agency last week that the ice wrapped under the blankets was one metre (3.3 feet) taller than its surrounding areas, meaning the cover had stopped the part of the glacier from melting as fast.

Wang also called the public to pay more attention to the future of small glaciers.

‘China has many small glaciers which measure less than one square kilometre (3,280 square feet) in size. Once such a glacier’s entirety appears to be melting, unless there is human intervention, [the process] would be hard to reverse,’ he urged. 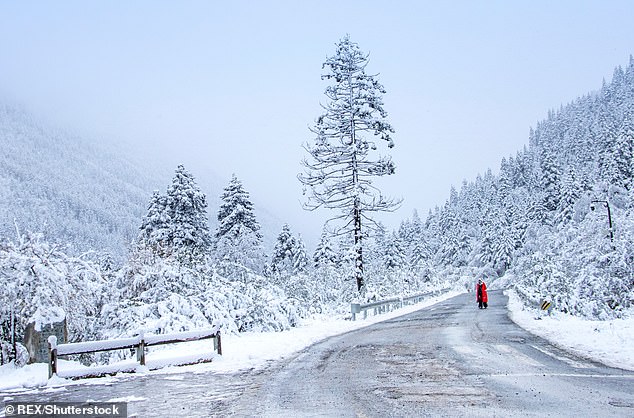 The experts conducted the experiment in Dagu Glacier, which is situated about 5,000 metres (16,404 feet) above sea level, as its ice had been melting faster than other Chinese glaciers 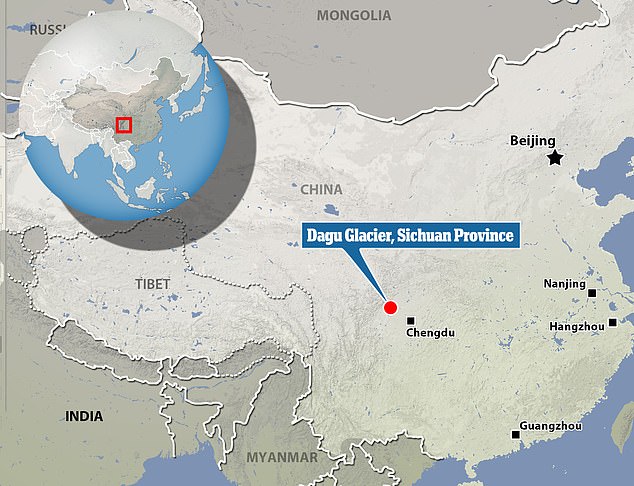 Dagu Glacier is situated in a remote, mountainous region in south-western China’s Sichuan

The thawing of glaciers has gained pace around the world in recent years due to global climate change.

A 2014 study suggested that human activities caused nearly 70 per cent of the worldwide glacial loss between 1991 and 2010.

People in Switzerland have been using a similar method to protect glaciers for more than a decade.

Every spring since 2009, locals who live near the Rhone Glacier would trek up the southern part of the Swiss Alps to cover the site in white thermal blankets.

With an altitude of 12,000 feet, the Swiss glacier has melted so quickly over the past 150 years that a massive tarpaulin has to be used to halt its retreat.

These sheets covering around five acres of the glacier are left on from spring until autumn when the ice field is most vulnerable.