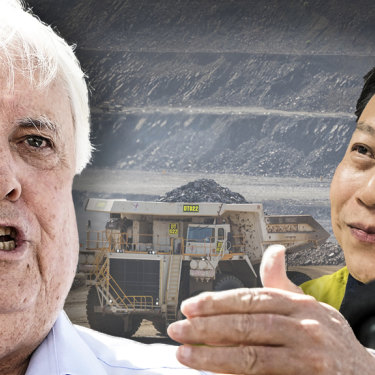 As one historic billion-dollar iron ore feud in Western Australia stands aside, another looks set to get under way.

Mineralogy mining magnate Clive Palmer has worn thin the patience of the WA Supreme Court in his clash with Chinese behemoth CITIC Group.

Mr Palmer’s spurious claims and attempted delays over a trial into contracts at the $18 billion Sino Iron project at Cape Preston in the Pilbara have been recently labelled an “abuse of process” by the Supreme Court.

The case judge went as far as awarding special costs against the Queensland billionaire to mark the court’s disapproval over his unreasonable actions.

In stark contrast, Hancock Prospecting magnate Gina Rinehart has largely succeeded in her multifaceted actions across various courts in whittling down and delaying the decades-long case over her lucrative Hope Downs ore mining tenement in the Pilbara. That trial, initially set for April, has now been vacated and pushed back to 2023. 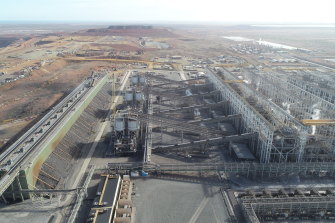 Sino Iron, 100 kilometres south-west of Karratha, is the biggest magnetite ore mining and processing operation in Australia. It operates on mining rights and site lease agreements for 2 billion tonnes of raw ore extraction, exercised rights to a further 1 billion tonnes and a current annual extraction limit of 27.6 million tonnes of magnetite powder for export.

CITIC Pacific Mining purchased the mining rights over Sino Iron for $US415 million in 2006, but suffered setbacks over blowouts to capital expenditure of $US1 billion, and fluctuating Australian to US dollar values and supply costs, with the project running years behind schedule.

In 2013, CITIC had already spent $7 billion on developments at the mine, which finally exported magnetite to China in December of that year.

That same year, the WA Supreme Court held CITIC to royalty payments owed to Mineralogy under its lease agreements, ruling some royalties to be backdated to 2008. Other more substantial royalty payments came into effect that December.

“The ‘unhappy’ contractual marriage between the parties … has led to the unfolding of an unfortunate landscape of the litigation.”

In 2017, Mr Palmer successfully sued for $196.2 million in unpaid royalties to Mineralogy, which he called “a win for Australian law over Chinese Communist government powerhouses”.

Sino Iron has so far held off paying those royalties given the ongoing litigation, with its appeal falling over before the High Court in 2020. But in 2019, it brought the current WA Supreme Court litigation for losses and damages over the project, with Mr Palmer counter-suing.

Over five years, Justice Kenneth Martin has heard the complex and multifaceted disputes between Mr Palmer’s Mineralogy and the CITIC parties – Sino Iron, Korean Steel and CITIC Pacific Mining Management – over the mine, its facilities, the port and Mineralogy’s surrounding tenements.

He described it as “litigious warfare on a grand scale with many fronts”, where the pair had been tied “for better or worse” into an “‘unhappy’ contractual marriage, which has led to the unfolding of an unfortunate landscape of the litigation”.

But Mr Palmer has reached a point where his attempts to stop Sino Iron’s three-month trial, starting January 31, have been exhausted, with expert evidence expected to be heard this Monday.

The CITIC parties are seeking financial compensation in the form of contract relief; statutory relief for what they say was “unconscionable conduct” under Australian Consumer Law by Mineralogy and Mr Palmer as an accessory; as well as estoppel relief over the expectation that Mineralogy would allow Sino Iron to carry out its development, activities and expansion efficiently and economically, which ended in Sino’s “fiscal detriment”.

CITIC’s statement of claim argued “reasonable expectations” of Mineralogy submitting to WA’s state agreements minister to progress the project and allow for expansion into two further tenements on either side of the mine, at no extra expense.

But Mr Palmer has persistently argued that Sino was using the trial to vex and pressure Mineralogy into varying its contractual agreements, which would bankrupt it – leaving Sino in a better position to recoup some of CITIC’s $9.44 billion construction cost and foreign exchange hedging losses during the mine’s development from 2006 to 2008.

The majority of the losses were absorbed by CITIC’s Hong Kong parent company, scaling down the market-to-market losses to $1.553 billion, but CITIC has previously argued that the royalty payments would make Sino Iron unviable.

Mr Palmer also argued that CITIC was “seeking to sterilise Mineralogy’s other mining assets” so Sino Iron would be the only miner Mineralogy could sell its tenement rights.

These legal arguments have been struck out.

Part of Mineralogy’s defence pointed to CITIC Pacific Mining Management’s acknowledgement of $300 million in overdue royalty payments in its forecasted 2013 budget, which Justice Martin said did not demonstrate anything sinister since the CITIC parties were seeking to renegotiate its contracts to be more in line with industry standards.

Mineralogy sought an additional $75 million to be set aside in site remediation funds for easy access if required, which was also resisted by Sino and found unnecessary by the court.

Among the agitated trial issues was also the “unauthorised” 2013 transfers of more than $12 million from an administrative fund bank account for management of the shared Sino-Mineralogy port facility at Cape Preston, with Mr Palmer being the sole signatory on the two cheques paid.

Mr Palmer paid $10 million to his company, Cosmo Developments, and over $2 million to Media Circus Network to allegedly promote his political ambitions with the launch of the Palmer United Party during the 2013 federal election.

CITIC made criminal complaints to the WA Police Force, Queensland Police Service and the Australian Securities and Investments Commission from 2014 to 2019.

In February 2020, ASIC brought two criminal charges under the Corporations Act against Mr Palmer and his Mineralogy directorship over “dishonestly gaining a benefit or advantage” over the payments, which carries up to five years in jail. Court proceedings are still under way after delays due to actions brought by Mr Palmer. 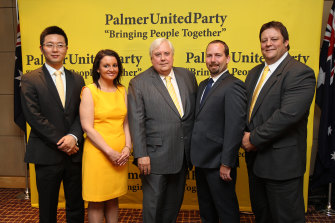 Mr Palmer refunded the money in 2014, via his now-defunct company Queensland Nickel, and the then-civil matter brought before the Supreme Court of Queensland ultimately ruled there hadn’t been a breach of the port management account since the money wasn’t held in trust.

“It is not necessary to make a specific finding of dishonest or fraudulent design by Mineralogy, through [Mr Palmer], or of dishonest assistance with knowledge by [Mr Palmer],” Queensland Justice, David Jackson, said in his ruling.

“There are reasons why, in my view, I should not do so. First, such findings could cause significant reputational damage to [Mr Palmer], but they are not necessary in order to resolve the liability … as a matter of fact and law.

“Second, the way in which this case has been conducted does admit of the possibility that [Sino Iron and Korean Steel] seek … to embarrass [Mr Palmer] at the same time.”

Mr Palmer made the argument to the WA Supreme Court this year that Sino Iron’s actions demonstrated they were just being vexatious, which has since been rejected as more of a reflection of the “broken relationship” given the seriousness of the allegations by Sino.

“It is no wonder that delving into litigation between these parties sometimes has all the seeming of walking into a room or mirrors.”

Now a “gargantuan discovery exercise” of pouring over more than 85,000 documents awaits the parties ahead of January’s trial, where Mr Palmer’s Mineralogy will try to assume the role of David in challenging “a complex overseas-based corporate Goliath of the Hong Kong stock exchange”.