‘Whatever the judge decides, I’ve already won’: Coleen Rooney ‘supremely confident’ ahead of today’s verdict in Wagatha Christie court battle with Rebekah Vardy – but neither party has been given advance notice of the verdict ‘in case they LEAK it’

Coleen Rooney has said she is ‘supremely confident’ ahead of the Wagatha Christie verdict today – after the judge denied her and Rebekah Vardy advance notice of the decision for fears of leaks.

The judge in the three-year-long libel case, Mrs Justice Steyn, is expected to hand down her bombshell verdict around midday in a remote hearing.

The packed two-week hearing at the High Court in May saw both Rebekah Vardy, 40, and Coleen Rooney, 36, give dramatic testimony from the witness box in the case which centred on Coleen’s claims that Rebekah had leaked information to the Sun based on posts from her private Instagram account. 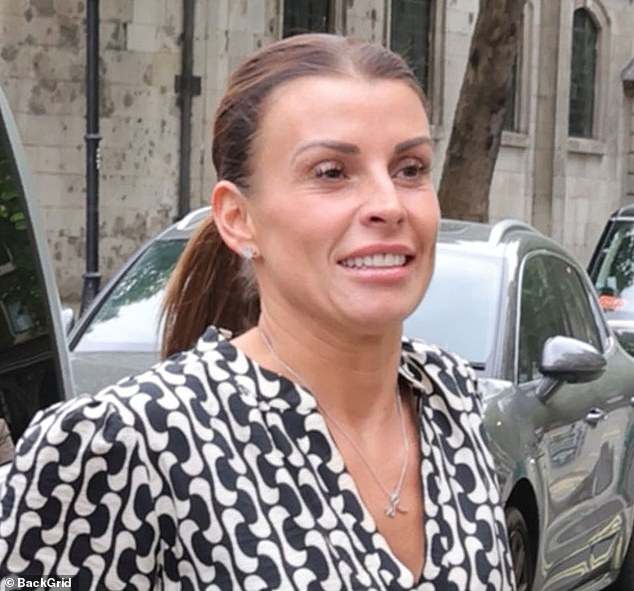 According to the Sun, Mrs Rooney privately told pals: ‘Whatever the judge decides, I’ve already won’

Coleen was also said to be ‘supremely confident’ of winning the case.

A friend reportedly said: ‘She believes the evidence presented before the court has proved her case that Becky knew about leaks to the Press — and approved them.’

In most cases, the verdict would be revealed to the parties in advance of the handing down of the verdict.

But legal sources have reportedly said: ‘It’s totally at the judge’s discretion but allows those involved to consider their legal position, especially in a high-profile case like this. On this occasion that has been totally denied — and they won’t know the result until the morning.’

Media lawyer Mark Stephens CBE told the Sun: ‘If the sting of the libel is true, in that Rebekah Vardy is a habitual leaker, then Coleen Rooney probably wins.

‘Even if Rebekah does win, the measure of her damages will be very low. It could be as low as £1, which is the modern day equivalent of a farthing.

‘If she is awarded that level of damages, she will end up paying the other side’s legal costs.’

He added: ‘In the court of public opinion Rebekah Vardy did herself a disservice with her evidence.

‘The only winners here are the lawyers, who are going to be putting up Vardy or Rooney extensions in their homes.’

In June 2020, Rebekah began a libel action against Coleen, arguing that the accusation over her Instagram account was false.

Following an earlier ‘meanings’ ruling, it fell to Coleen to prove Rebekah was personally responsible for leaking stories to The Sun, or convince the judge that publication of the allegation was in the public interest 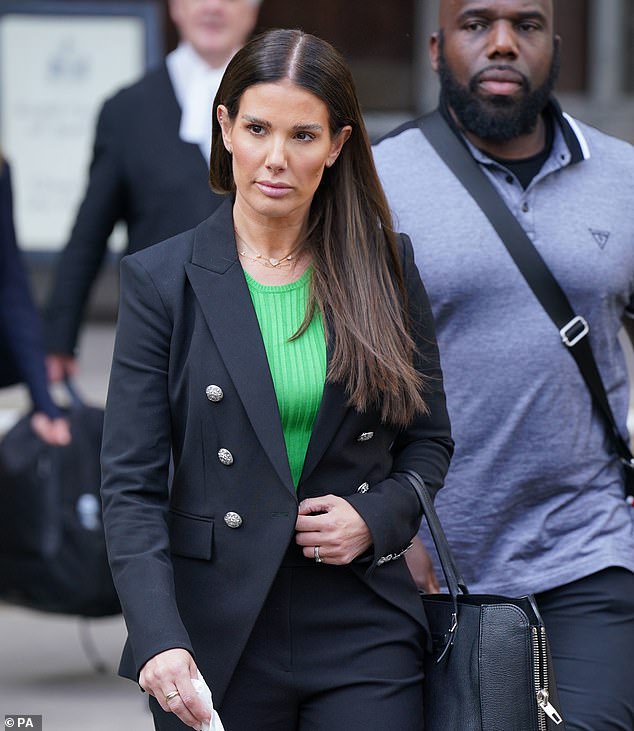 Rebekah began a libel action against Coleen, arguing that the accusation over her Instagram account was false

Rebekah claimed that Coleen’s famous ‘…It’s Rebekah Vardy’s account’ post, published while she (Rebekah) was pregnant, cost her a book deal and an endorsement for placenta capsules, while also acting as a lightning rod for people to abuse her on social media.

Following the nine-day hearing, Coleen was said to be extremely confident she would win, even missing the last day of the case to go on holiday to Dubai with her husband, former England and Manchester United striker Wayne and their four sons.

In her absence, her barrister, David Sherborne, described Rebekah as a ‘highly unreliable witness’ while accusing her of lying to the court in her testimony.

The mother-of-five told friends that while the trial has been a painful experience, she was glad to the public now know ‘the truth’ and also believed she will win.

Coleen, whose husband Wayne is England’s all-time top goal scorer, claims the post was a ‘last resort’ after coming to the conclusion someone was leaking information about her to The Sun, but has defended it as being true.