Colts' Jim Irsay on Dan Snyder: I believe there’s merit to remove him as Commanders owner

Indianapolis Colts team owner Jim Irsay said he believes the NFL "potentially" has the 24-owner threshold to remove Snyder from ownership and force a sale, adding that he believes the Commanders operation has become “gravely concerning.”

“I believe there’s merit to remove him as the owner of the [Commanders],” Irsay said, using the team’s original name.

Washington and Snyder face allegations of sexual harassment, a toxic workplace and financial impropriety, among others — all of which have hurt his abilities to build the team a new stadium despite well-documented safety and functionality concerns. 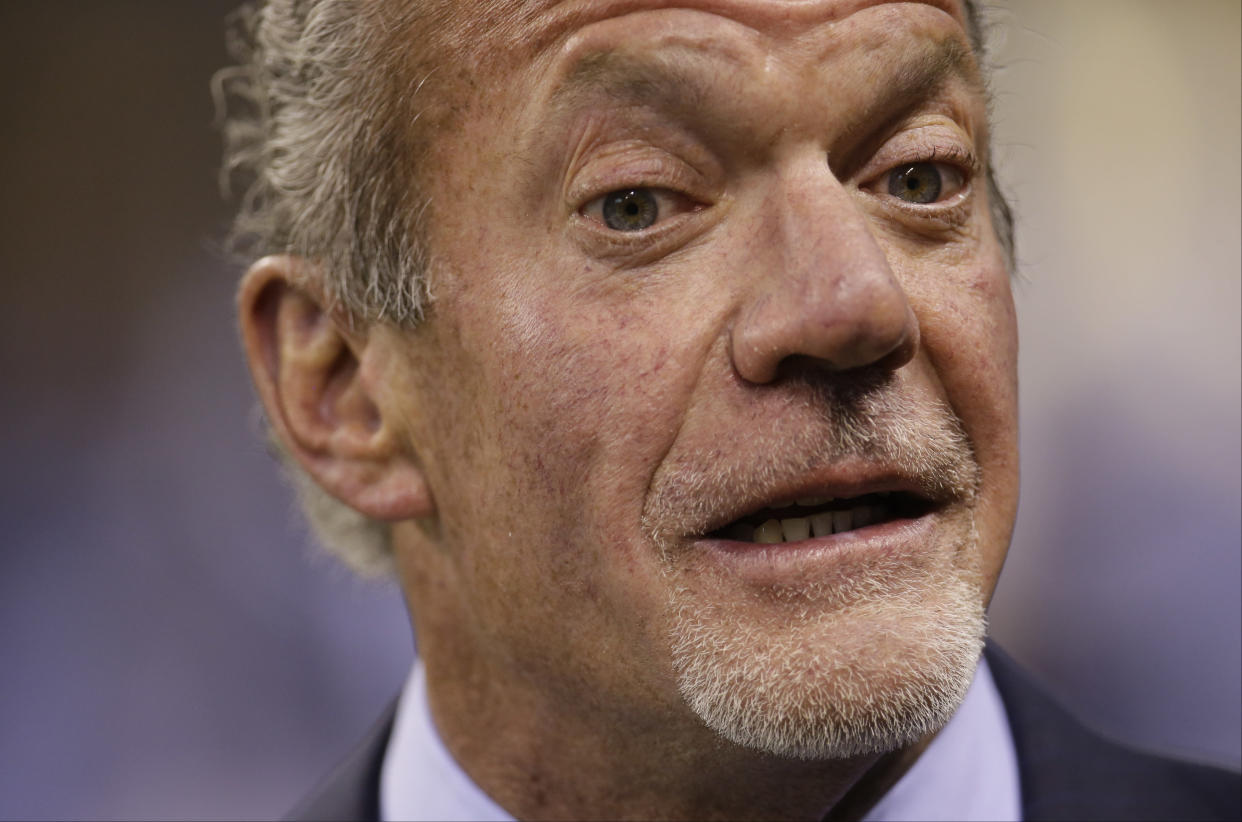 Irsay said the NFL should wait until reviewing the full report to make a “definite” conclusion, but that the evidence is trending in that direction and owners have the onus to respond. A vote was not scheduled for Tuesday, Irsay confirmed.

The Commanders issued a response to The Athletic's Nicki Jhabvala, calling Irsay's comments "highly inappropriate" and "based on falsehoods."

Statement from a Commanders spokesperson regarding Jim Irsay's comment that he believes Dan Snyder should be removed as owner of the team: pic.twitter.com/qs7tXzckwR

This story will be updated.