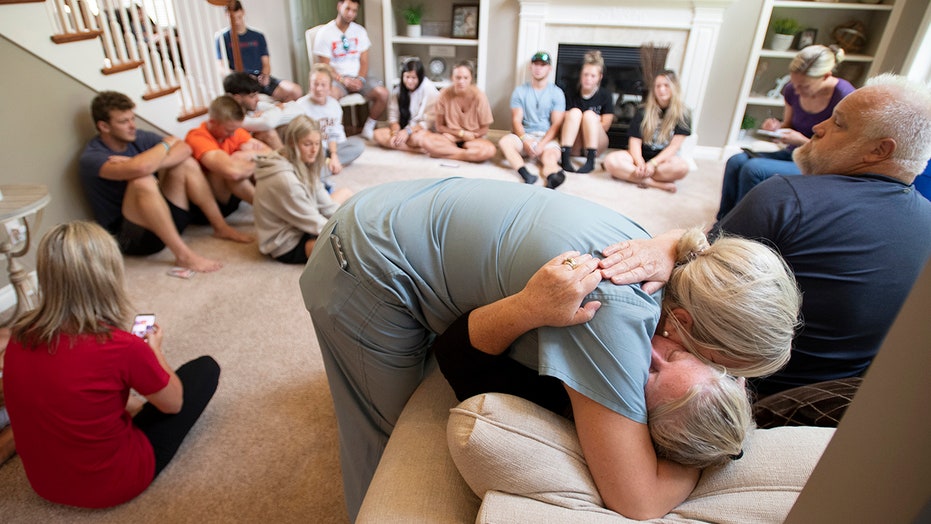 Hundreds of people gathered at a memorial on Monday to honor the three young men who died of suspected carbon monoxide poisoning at Michigan’s Faster Horses Festival over the weekend, according to reports.

A vigil was held on the football field at Michigan Center High School, where the three victims played together for years. They were said to be lifelong friends.

“They were closer than close, so tight-knit, they would do anything for anyone. They were the coolest group of guys ever,” Richie’s sister, Ryli Mays told Detroit’s WDIV-TV.

The deceased victims were among the five men in their 20s who were found unconscious inside a travel trailer Saturday at a campground in Woodstock Township during the festival. Brown, Sova, and Mays Jr. were pronounced dead at the scene.

Lenawee County Sheriff Troy Bevier said their deaths were likely caused by carbon monoxide from a portable generator that was too close to the travel trailer. 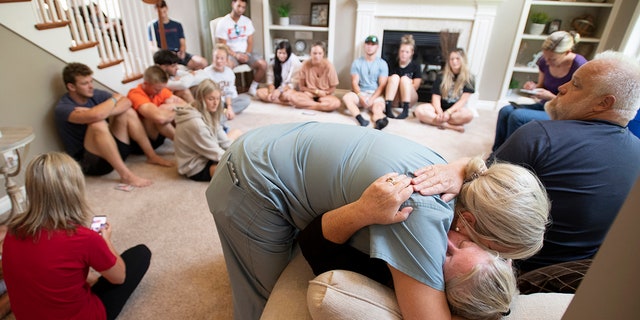 Amy Satterthwaite, the mother of Richie Mays Jr., gets a hug as family and friends gather to remember Kole Sova, Dawson Brown and Mays at the home of Jerry and Meeka Sova near Jackson, Mich., Sunday, July 18, 2021. (J. Scott Park/MLive.com/Jackson Citizen Patriot via AP)

The victims were probably asleep and “never knew what happened,” Bevier added.

“It’s just a freak accident. For all those decisions to line up to get to this tragedy it just boggles your mind – of the thousands of generators and campers – they were the ones that it hit,” Jerry Sova, Kole’s father, told FOX 2 of Detroit.

The other two men found in the trailer, Rayfield Johnson and Kurtis Stitt, both 20, were transported to a local hospital and remain in critical condition, Bevier added.

“My heart is breaking for these families and the ones still fighting for their lives,” said Mays’ mother, Amy Satterthwaite.

Prior to the vigil, classmates, friends, and relatives gathered at Sova’s home on Sunday. 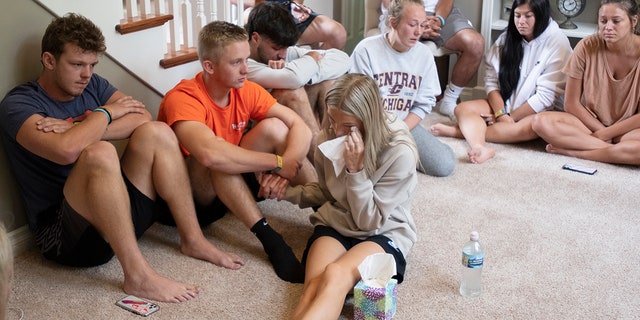 Funeral services for the three victims will be held on Thursday, Friday, and Saturday, according to FOX 2.