Creaking noises in high rise buildings are caused by developers using new technology to cut costs and a regulator that is slow to act, engineers say, prompting fears about fire safety and driving calls for a national review of construction products. 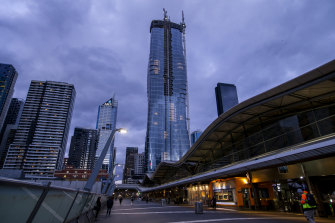 Multiplex has defended its buildings, claiming creaking noises are evidence the tower is working as intended by bending with the wind and residents should only be disturbed by loud noises during times of extreme weather.

However, residents claim the noises persist during low wind and are so disruptive they cause sleep deprivation and mental health problems.

“It was extremely loud yesterday but occurs even when there is minimal wind,” said one resident living in Multiplex’s newest development, Premier Tower.

Structural engineer and researcher Scott Menegon said creaking noises can occur as a result of developers using new technology to build flexible towers while continuing to use old products, such as wall and ceiling systems, that are not designed to bend.

“As they’ve become more flexible, some of the construction techniques we never had problems with in the past are starting to appear,” Dr Menegon said. 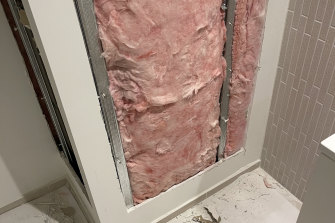 Multiplex cut holes in a Melbourne Square resident’s walls to stop the creaking but this did not fix the problem.

“This is a national problem that needs national solutions.”

Through Swinburne University, Dr Menegon has recently completed an independent review of a yet-to-be-released product that is designed to prevent flexible buildings from creaking, in what will be an industry-first as construction firms scramble to find solutions.

“Prior to this being released, I don’t think there’s really any options on the market today,” Dr Menegon said. “It will fix the problem”

“You’re getting the antenna effect, where buildings are moving back and forth all the time. The actual structure can accommodate a hell of a lot of movement but they haven’t fixed the framing systems,” he said.

A Multiplex spokeswoman said “we completely disagree with that assessment of our buildings”.

“We have used new building systems designed specifically to deal with movement. There is no issue with the structural or fire integrity of the building and residents are safe in their homes. They should not be made to feel otherwise.”

The Victorian Building Authority investigated Australia 108 after initial reports in 2019 and found the problem was related to design not structural flaws. A spokeswoman for the authority said the regulator ensures all buildings are constructed to a high standard and encouraged concerned residents to contact their local council.

“We will not tolerate practitioners who cut corners, putting the safety of people at risk,” she said. “We have a range of regulatory tools available to us to hold practitioners to account when they do the wrong thing, including large fines and licence suspensions.”