Home » World News » Conjoined twins, 4, who were expected to die just days after they were born settle happily into Cardiff school

THESE conjoined twins have beaten the odds and are happily settling into school after they were given just weeks to live.

Marieme and Ndeye Ndiaye, now four, are "are always laughing" and have lots of friends at their new school in Cardiff – which at one point, seemed like an "unachievable dream," their dad said. 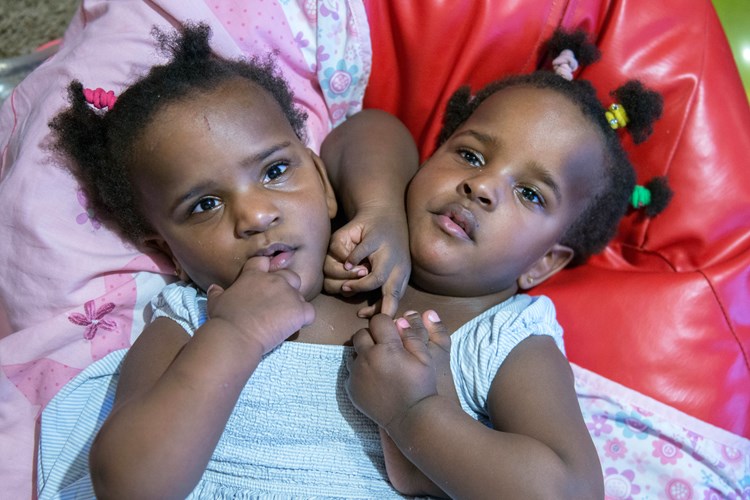 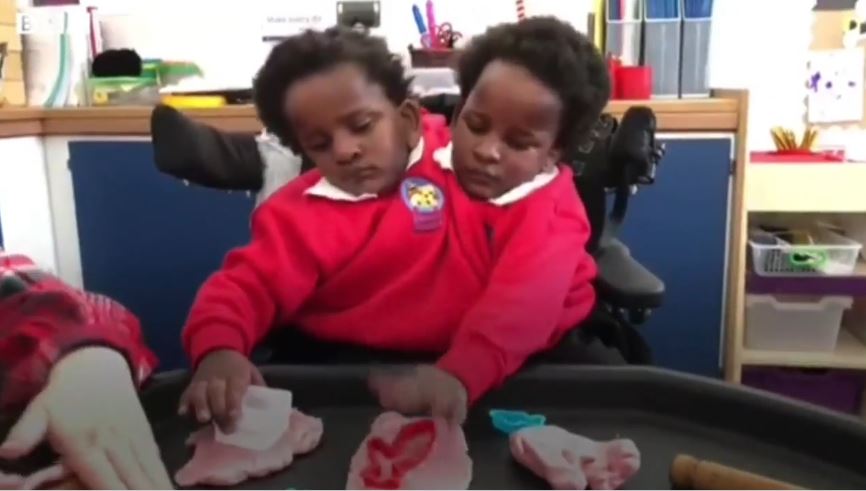 The girls' proud dad, Ibrahim, said he cannot believe what his daughters have achieved, and praised their "Herculean effort".

He told the BBC: "When you look in the rear view mirror, it was an unachievable dream.

"From now, everything ahead will be a bonus to me.

"My heart and soul is shouting out loud, 'Come on! Go on girls! Surprise me more!'."

Ibrahim bought the girls to the UK in 2017 from Senegal, after contacting doctors all over the world in the desperate hope they could help his baby daughters.

Marieme and Ndeye have separate brains, hearts and lungs but share a liver, bladder, digestive system, and three kidneys – prompting medics to give them a life expectancy of just a few weeks.

But hero medics at Great Ormond Street responded to Ibrahim, and said they may be able help his babies – so he brought them to the UK for treatment.

Ibrahim said: "When I got in touch with Great Ormond Street Hospital, it was the first time in a hospital I heard you can come so that we can see what we can do."

Doctors considered separating them last year, with the BBC filming a moving documentary as Ibrahim wrestled with the decision – which would have meant the death of one of the girls.

In the end, the doting dad said he couldn't make the impossible decision and the surgery was called off. 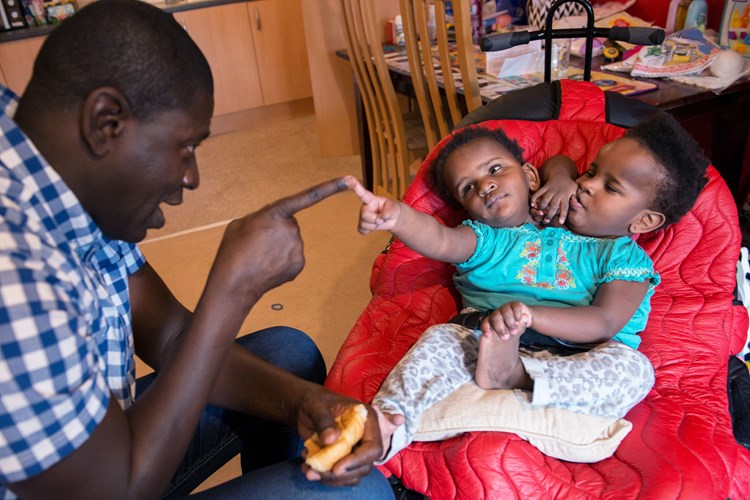 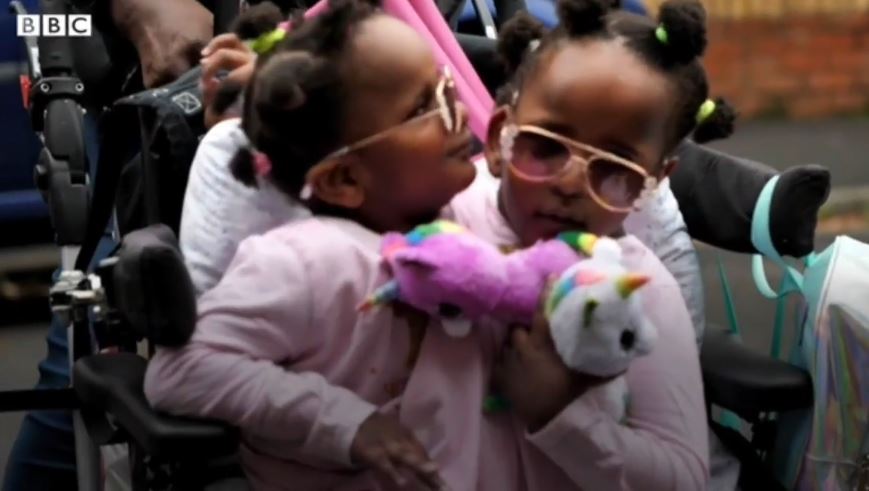 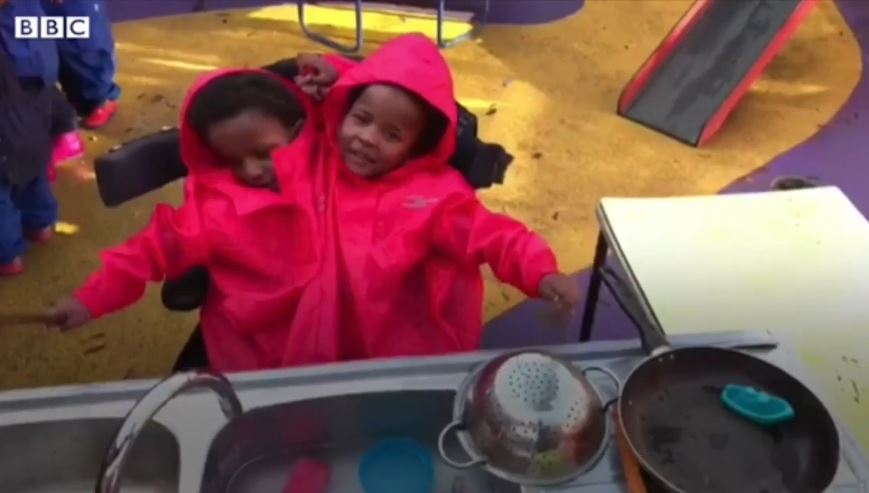 Medics have since discovered that the girls' systems are so entwined, surgery likely would have killed both of them.

The family was granted asylum by the UK Government shortly after their arrival, so that little Marieme and Ndeye could continue to receive the life-saving care.

The family have settled in Cardiff, with the girls starting school not long ago.

Although the girls' complicated health needs means that they could be more at risk from coronavirus than other kids, Ibrahim said he wanted them to start school because it is important for their development.

And the sisters are settling in well, with head teacher Helen Borley saying the pair are "laughing alot" and that it is a "good sign".

But they have to fit lessons around hospital visits, undergoing surgery last year at Great Ormond Street and also learning to stand at their local children's hospital in Wales, Ty Hafan.

The brave girls are learning to stay upright with the help of lots of therapy and a special piece of equipment.

Their physiotherapist said that while Ndeye "wasn't very keen" on the new angle, Marieme prefers to stand than sit.

Marieme also has a heart condition, meaning the twin's life expectancy is tragically still quite short, and the girls have to have regular check-ups.

But Ibrahim said their death-defying achievements show how the girls not "only want to live, but be active and play their part in society."

He added: "All these achievements bring light and hopes for the future. But I know how fragile, complex and unpredictable their lives can be."

The family have also set up charitable foundation Conjoined Destiny, which aims to to help other children with complex health problems in the UK and in Africa, to live "independent and dignified lives."

The donations will also help with funds for Ty Hafan hospital, Ibrahim says. 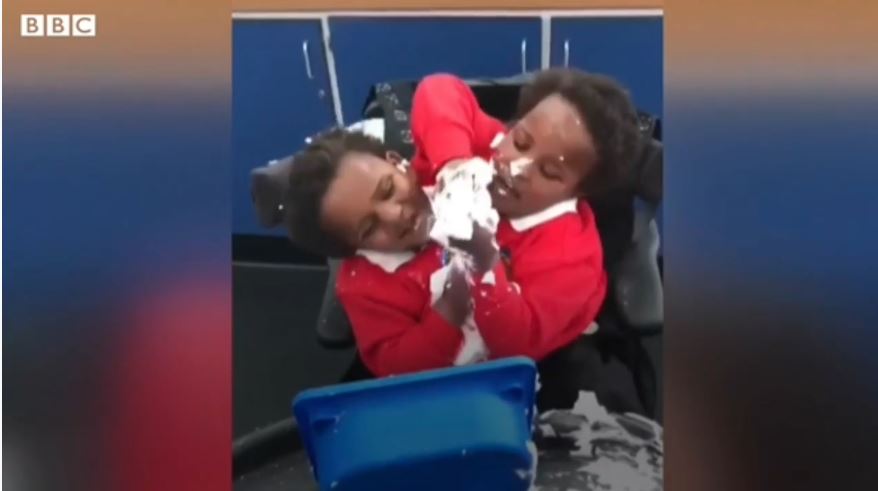 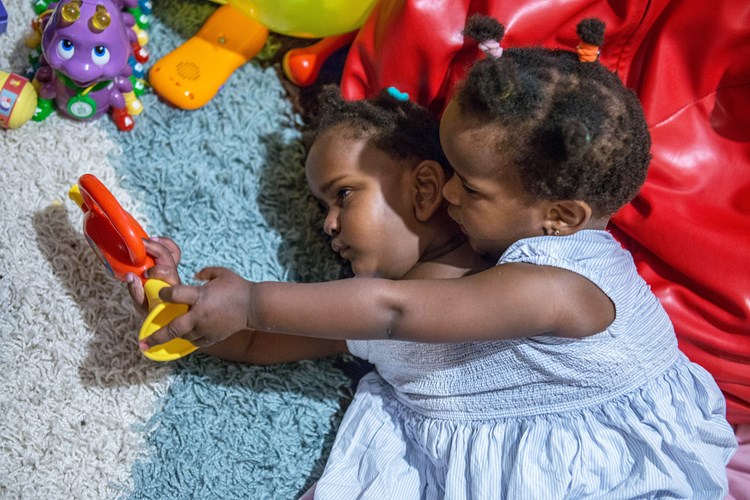