Home » World News » Conman jailed for 18 months after helping himself to £30,000 benefits 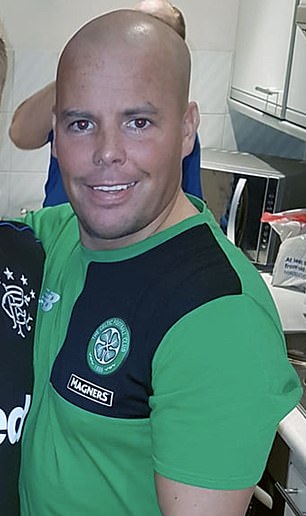 Ryan Boyle, 33, (pictured) contacted strangers and pretended to be from the Department for Work and Pensions (DWP)

A conman who pocketed £30,000 by stealing the identities of 55 people on benefits has been jailed for 18 months.

Ryan Boyle, 33, contacted strangers and pretended to be from the Department for Work and Pensions (DWP).

He then tricked them into revealing personal information before contacting the government department and changing details so that he could access his victims’ benefits cash.

Boyle told officials he could not access a bank account and was issued codes which meant he was able to collect money in hundreds of shops nationwide.

An investigation was launched when one man contacted the DWP to ask why he could not access his money.

It emerged Boyle visited a number of stores throughout Lanarkshire to take money but bungling counter staff failed to contact police despite noticing he was using regularly using different identities.

Police were called in and discovered he had stolen 55 identities and used them to get money. He was unsuccessful in gaining cash from a further 12 people.

Boyle, of Coatbridge, Lanarkshire, appeared at Hamilton Sheriff Court and admitted obtaining £30,174.71 in state benefits through a fraudulent scheme between March 2015 and June 2016. 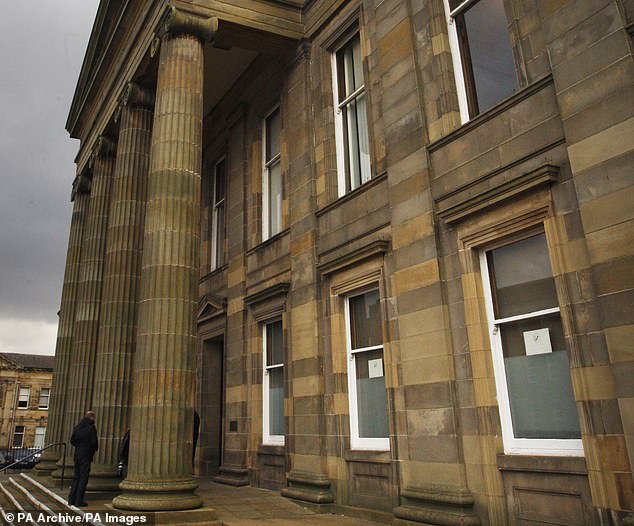 The court was told that his actions led to genuine claims being rejected and people left facing financial hardship as a result.

Boyle claimed his actions had been sparked after it was revealed he was not the father of a child that he had been raising as his own.

Depute fiscal Paula Russell said: ‘This investigation was raised when a witness had been claiming but was now self-employed however he had been having issues with taxation.

‘Records confirmed a new claim and that personal details had been altered.

‘He eventually provided the DWP with information that he had had his details hijacked and an investigation began.

‘There were a number of people who had claimed similarly to this witness and it became apparent that information and security questions that may be asked had been changed on an automated telephone service.

‘This included changing the phone number and a common phone number was found to have been used relating to these charges.’

Miss Russell added: ‘It became clear a number of identities had been used and that applicants shared a similar voice which was suspected to be Mr Boyle given they had his voice on file.

‘The DWP then spoke to shop staff in various stores and they said they were aware the same man was coming in with various identities but didn’t think to phone the police.

‘A number of people who had had their identities stolen had been contacted by someone purporting to be from the DWP, clear security with them and then take their details.’

Rowan Myles, defending, said: ‘The purpose of embarking on was an addiction to both gambling and alcohol.

‘This was brought on by the disclosure that he was not the father of the one child that he thought he shared with a long term partner and he was nothing short of devastated by that.’

Sheriff Bicket said: ‘This scheme involved a number of vulnerable people and it was carried out in a thorough and determined manner and involved significant sums.

‘I appreciate there have been changes in your life but the offence is too serious to be dealt with by any way other than a custodial sentence.’