The miraculous little boy who defied all the odds: Newborn’s battle with coronavirus almost killed him… because it hid a serious heart defect

A mother told how her newborn’s battle with coronavirus almost killed him – because it hid a serious heart defect.

At three weeks old, Thomas Lovell was taken to hospital over concerns he was not putting on enough weight.

Scans found large fluid deposits on his lungs that restricted his breathing and a swab test confirmed he had Covid-19.

But the virus symptoms were also covering up a rare congenital heart condition – called TAPVR – which, without surgery, would have been fatal. 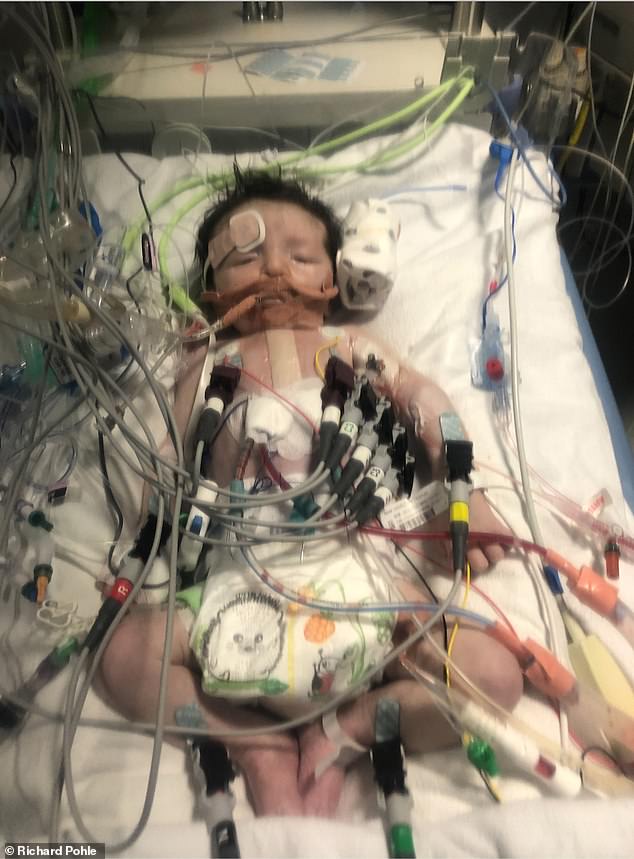 After Thomas was admitted to St Mary’s Hospital in Paddington, west London, he was treated for coronavirus with drug Remdesivir and put on a ventilator – but his condition deteriorated over five days.

By day six, doctors decided he should be moved to Great Ormond Street Hospital, where surgeons discovered the defect and performed open heart surgery the next day. 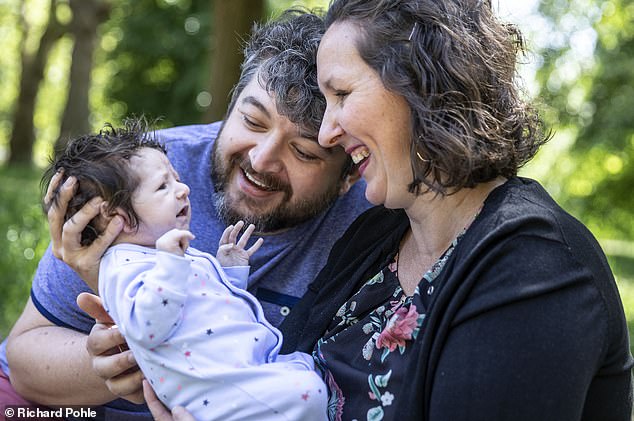 First-time mother Sadie Lovell, who later tested positive for Covid-19 and had to self-isolate while her son was in hospital, described her agony as she and her husband Steven watched their son fight for his life.

The 35-year-old teacher from Ealing, west London, said: ‘At the start I was in denial. I just thought it was Covid and no babies had died of it.’

She added: ‘It’s scary because other people could be going through the same thing with their children, where Covid-19 symptoms mask more serious problems.’

Mrs Lovell said Thomas has made a full and hearty recovery. ‘He’s put on loads of weight. He’ll be a chunk before we know it,’ she said.