FOUR men trapped inside a car when it erupted in flames after a horror crash screamed “help – get us out” as rescuers desperately tried to reach them.

Retired builder Peter Connolly was woken at 3am when he heard a sound “like a bomb going off” when the motor slammed in his house. 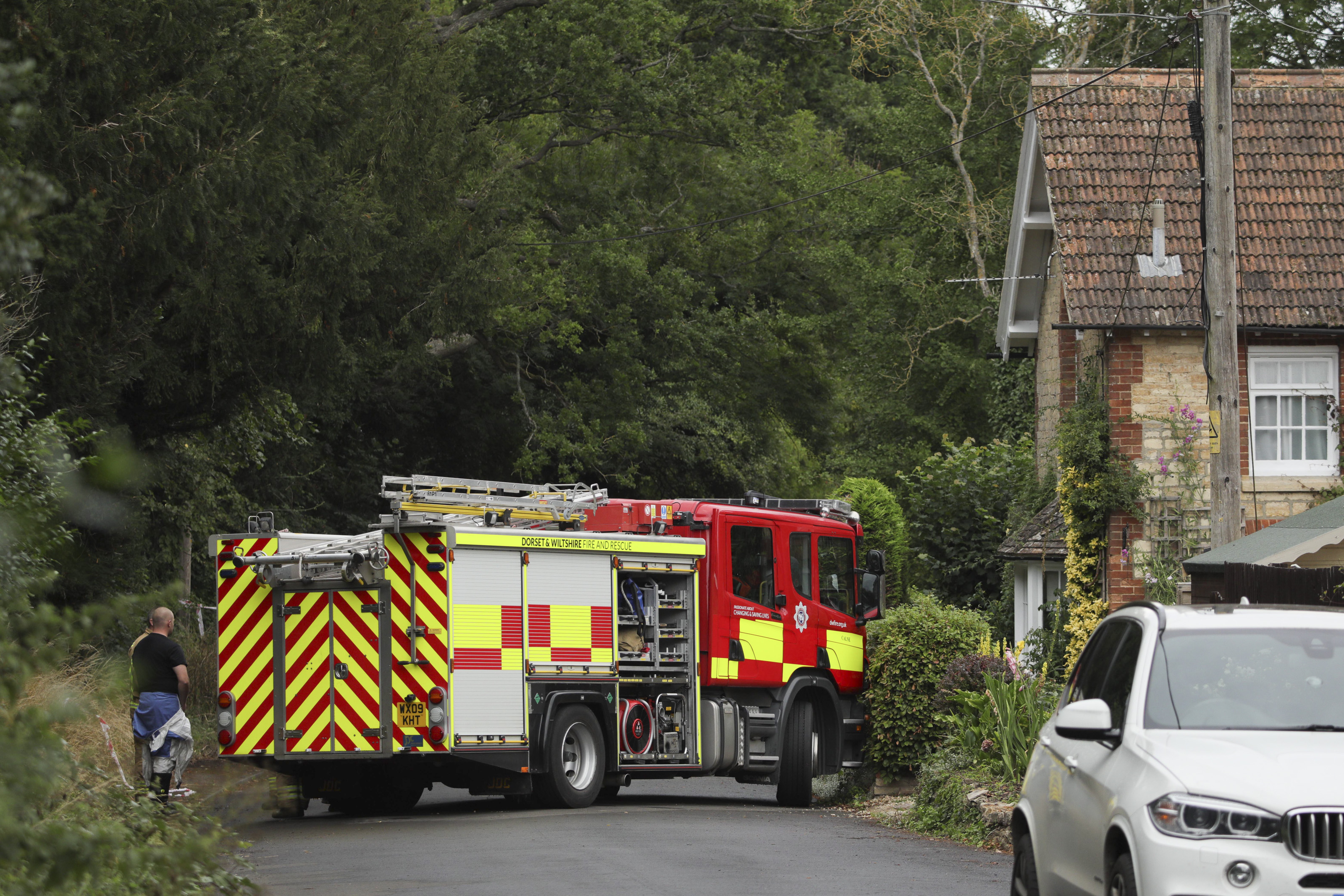 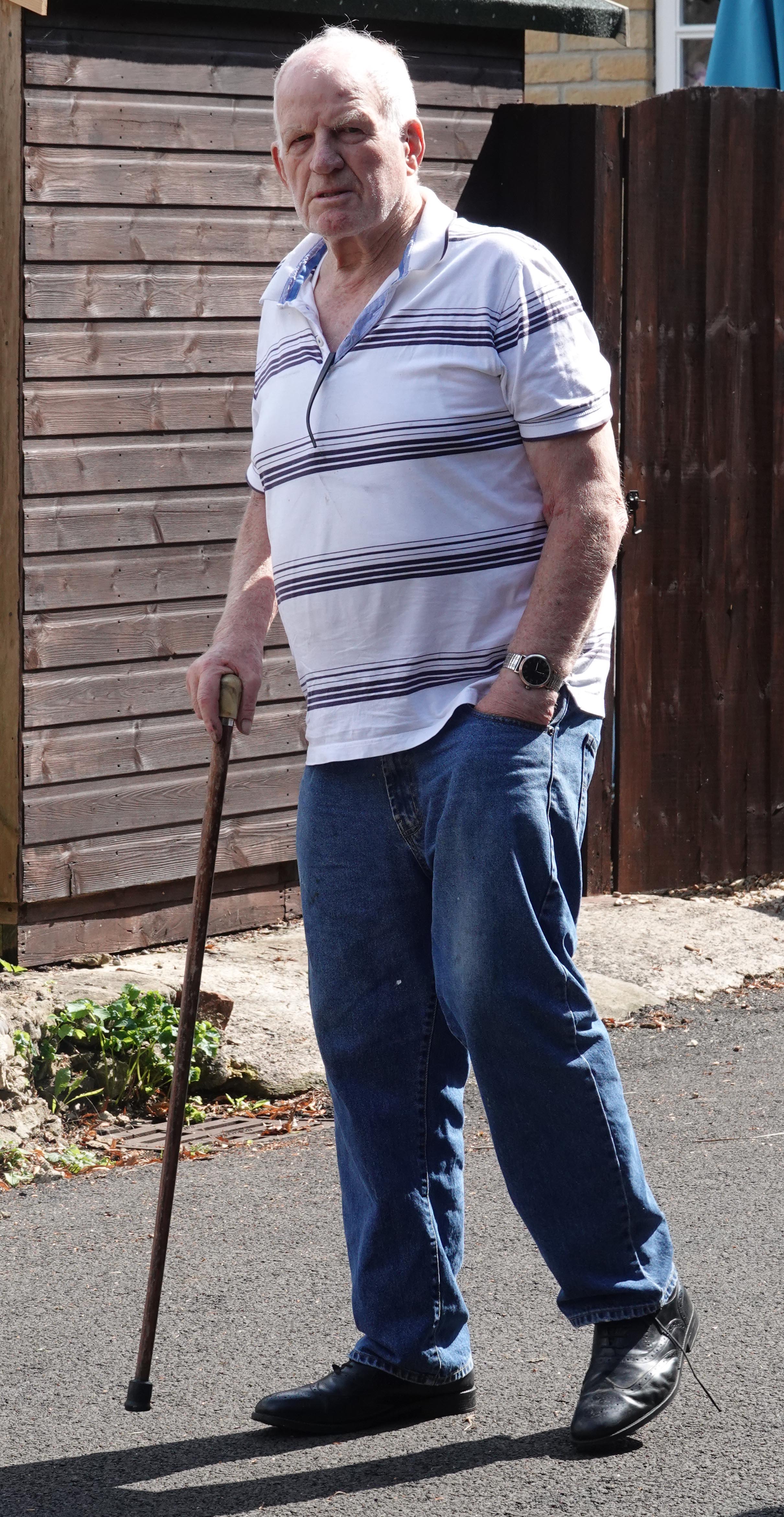 He raced outside with his wife Margaret to see the car on fire.

They made a heroic effort to free the men but the heat was too intense and they were beaten back.

All four men died at the scene in Derry Hill, near Chippenham, Wilts.

The crash happened at 3am on Sunday when the driver lost control on the A4 and crashed into the house with such force that upstairs windows were blown out.

Peter said: “I’d gone up to bed just after 2am because I was watching the television downstairs. I’d just nodded off when there was a sound like a bomb going off.

“It made the whole house rattle and shake. I was sleeping just four feet from where the car struck the house.”

Neighbour Ada Walker, 59, a civil servant, said: “The men were inside, unable to free themselves and begging for help.

“Peter told me they were screaming ‘Help us. Please get us out’.

“But Peter and Margaret were being beaten back by the intensity of the heat from the burning vehicle and they couldn’t get close enough to get them out. It is heartbreaking.

“They did everything they could but the flames were just too hot. 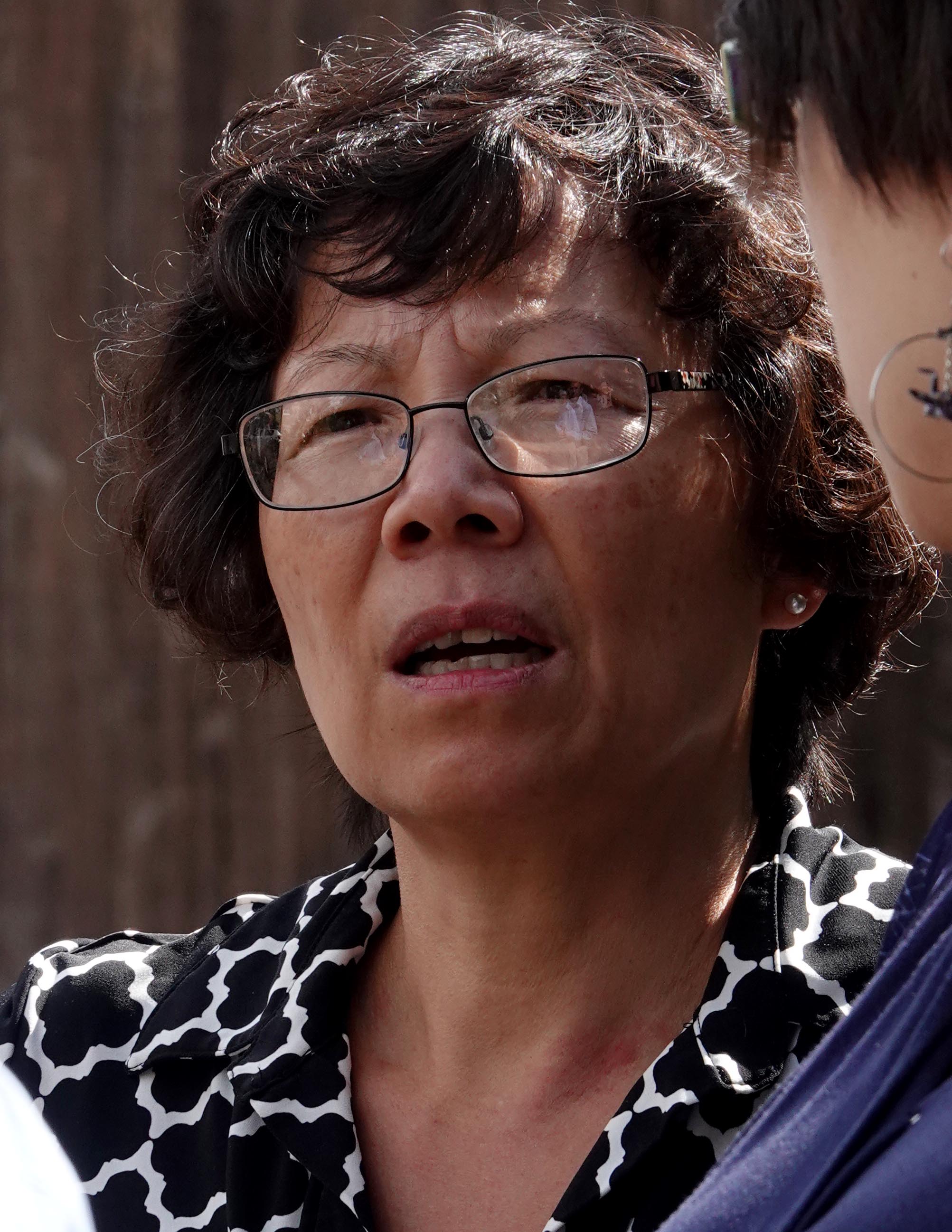 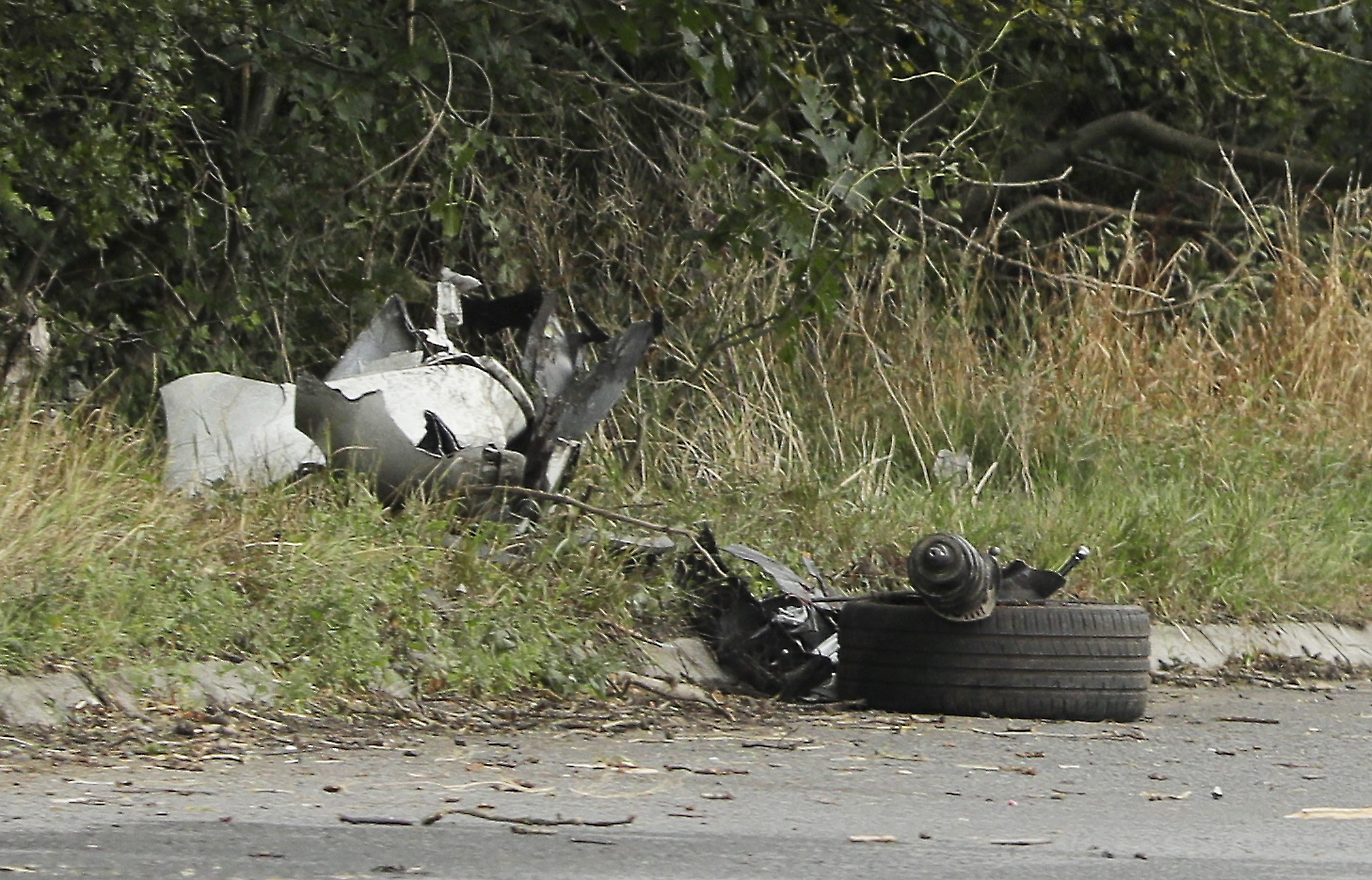 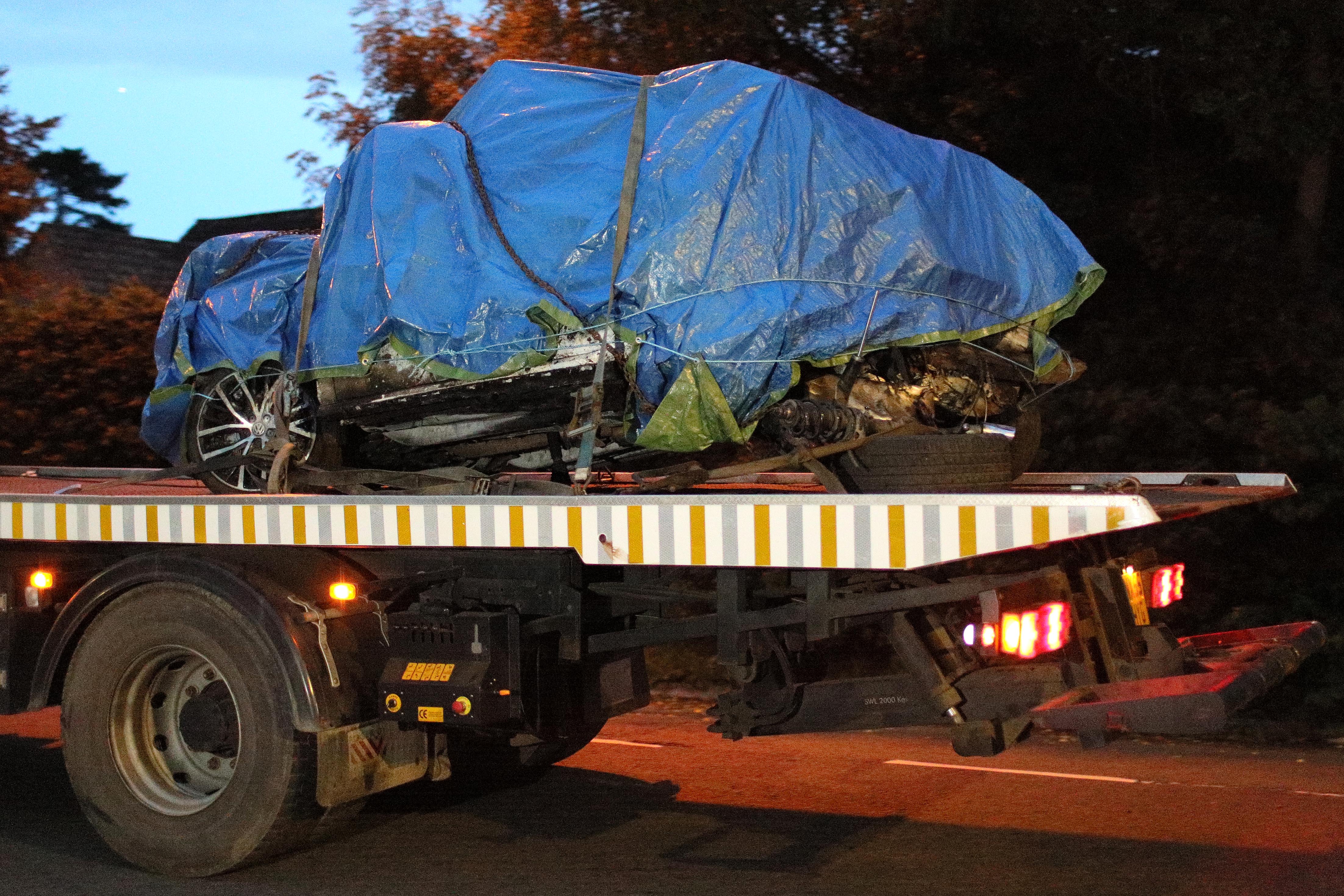 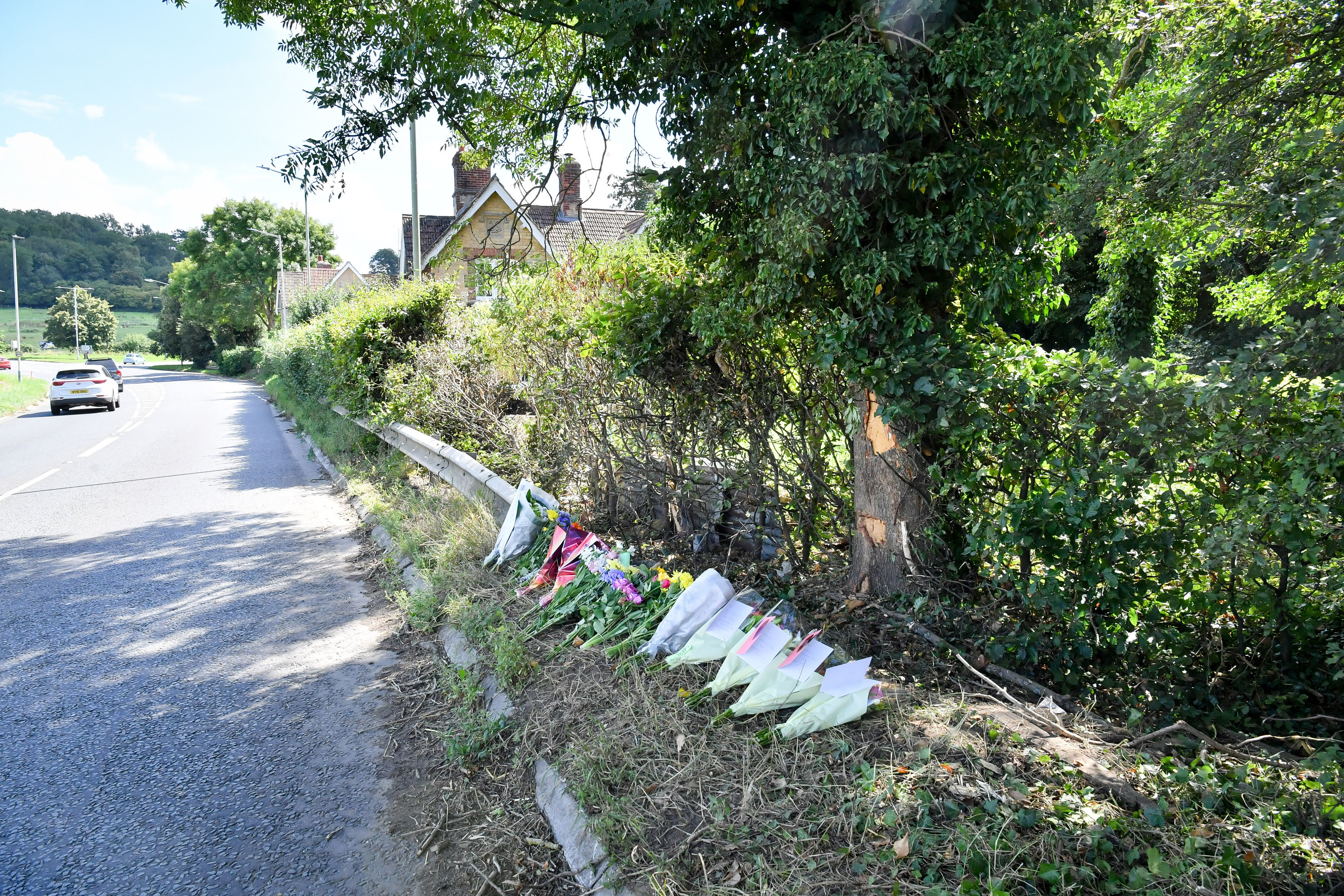 “Peter and Margaret were in a state of total shock. They are devastated.”

Locals living near the crash site were evacuated by police.

Ada added: “They were concerned the car would completely explode and cause knock-on fires to properties.”

Floral tributes were laid at the scene yesterday for the four local men.

Peter and Margaret did everything they could but the flames were just too hot.

Supt Steve Cox, of Wiltshire Police, said: “This was an absolutely horrific collision.”

“All four occupants of the vehicle died at the scene. My thoughts and the thoughts of all at Wiltshire Police are with them all today.”

Specialist teams were yesterday carrying out detailed investigations to discover the cause of the crash.

The heartbroken families of the four men were being supported by specially-trained family liaison officers.

Inspector James Brain, of Wiltshire Police, said the tragedy had had a huge impact on the local area.

He said: “I want to offer my sincere and heartfelt condolences to the family and friends of the four people who so sadly died.

“I know that I speak on behalf of not just everyone at Wiltshire Police, but also the community of Calne, when I say that our thoughts are with them at such a difficult and tragic time.

“Calne is a small, tight-knit community and I know that this tragedy will have had a huge impact on those living in the town, particularly those who knew the four individuals who lost their lives.

“The investigation into the cause of the collision is still ongoing and I would urge people not to speculate, but to allow the police to carry out the necessary enquiries.

“At the moment, the town’s focus should be on coming together to support those who have lost loved ones.” 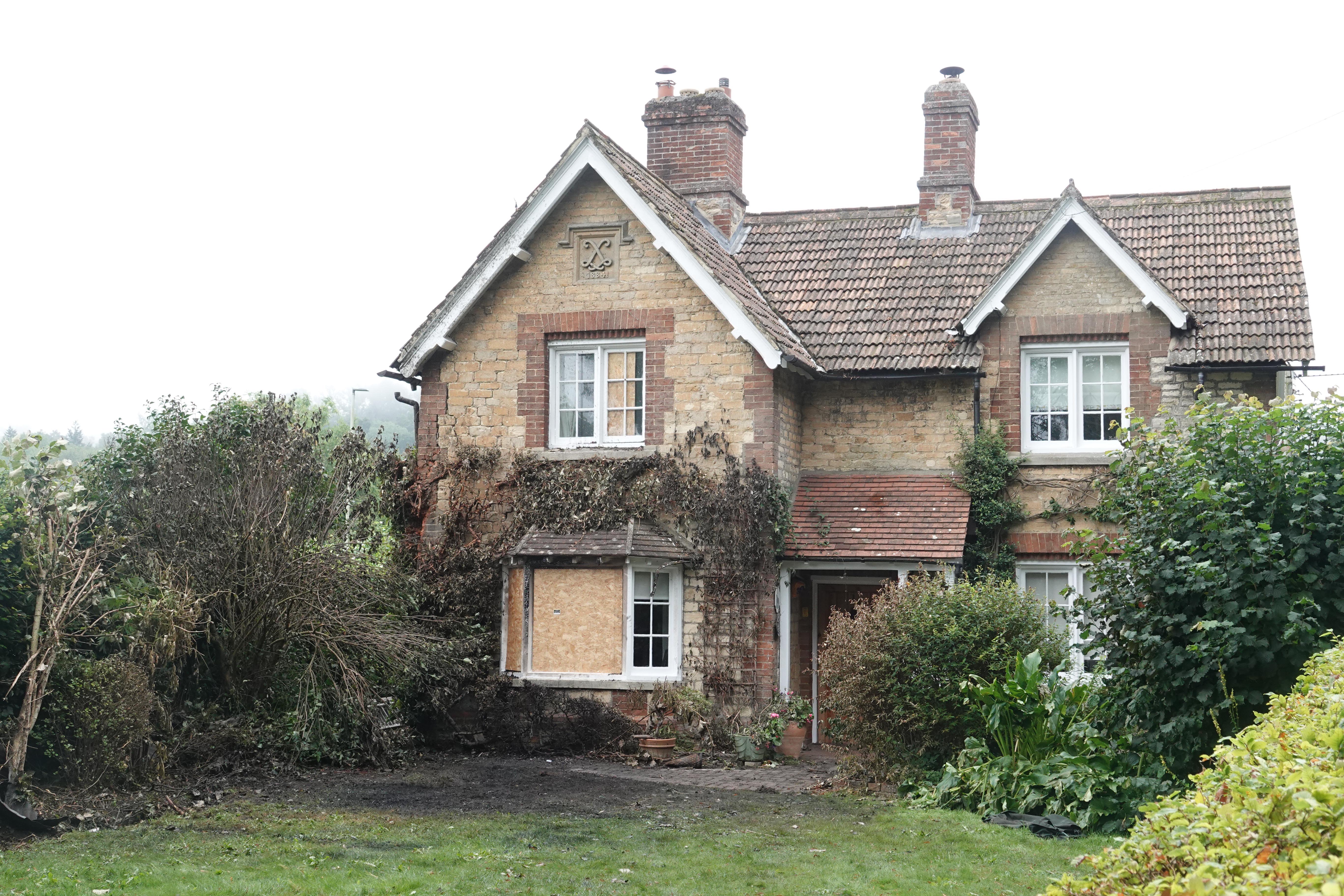