A couple who served free drinks to people on Remembrance Sunday have been stripped of their pub licence – because it was in breach of Covid lockdown rules.

Nigel Cookson and his partner Jo Cashon, who run The Grey Horse in Elvington, North Yorkshire, have spoken of their heartbreak after the ‘gesture of goodwill’ left them at risk of losing their livelihoods.

The pair decided to hand out beverages to those paying their respects at the village memorial adjacent to the pub, and at the Free French Memorial close to Elvington airfield last weekend.

However, what was meant to be an act of kindness resulted in the revocation of their licence as it was a breach of current Covid-19 guidelines.

‘We felt it would be both appropriate and respectful to make our own gesture, so we put out some drinks on tables outside the pub, said Mr Cookson. 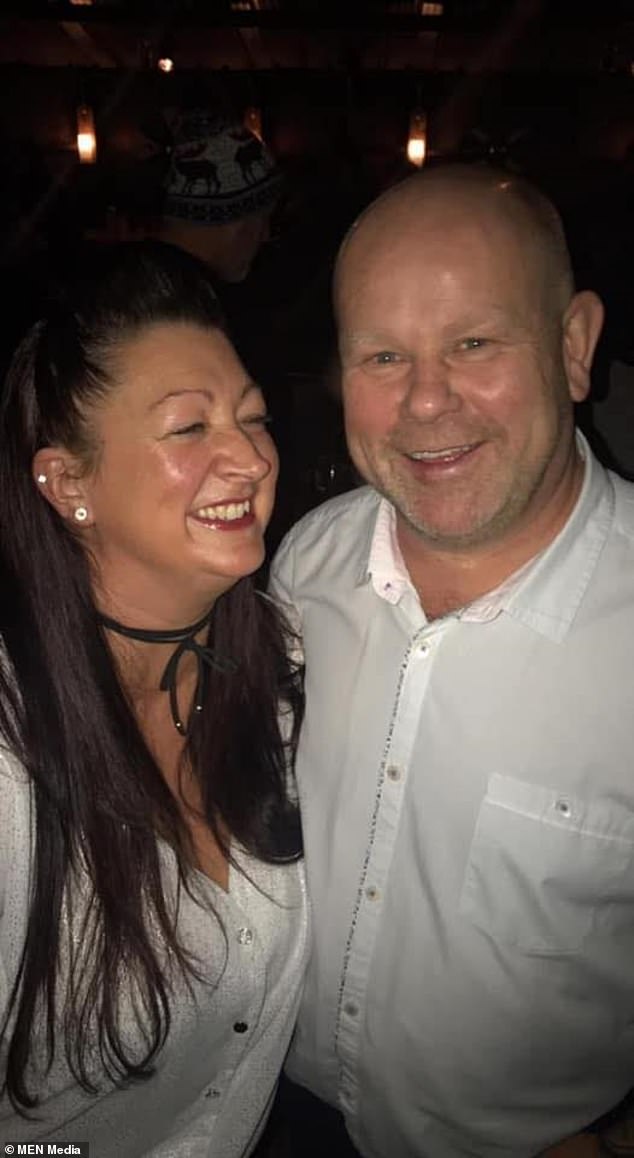 Nigel Cookson and his partner Jo Cashon, pictured together, have spoken of their heartbreak after the ‘gesture of goodwill’ left them at risk of losing their livelihoods

Alcohol can be delivered, collected (provided that it is ordered through a website or online communication, by telephone, including text/phone messaging service, or by post) or by drive-thru (where the customer does not leave the vehicle).

Collection is not permitted where there is a face-to-face order. Takeaway alcohol sales are limited to normal licensing hours, which includes post-10pm if this is permitted by premises licence.

Businesses are reminded that the closure of their business includes adjacent areas.

Customers should be strongly advised on collection of the product that this cannot be consumed in that area.

Customers should be reminded of this when they collect their product, to prevent gatherings in those areas adjacent to the business.

It is also the customers’ responsibility not to gather in groups as per the national legislation.

‘People going to or returning from the memorials were welcome to stop on the pavement and raise a glass, both to the fallen and indeed to the late landlord, Andrew Henstock [an ex-serviceman].

‘We never dreamt this might be against either the letter or the spirit of the law – these were drinks we provided, not the pub. Some people took their drinks to the smoking shelter at the rear of the building when three vans of police turned up.’

Under government rules for the new lockdown, pubs can serve food and non-alcoholic drinks on a takeaway basis between 5am and 10pm.

Delivery, click and collect and drive through services are also allowed, including for alcohol, so long as it is consumed off the premises.

However, venues providing food and beverages for consumption off the premises are not permitted to allow customers to eat and drink them in adjacent areas.

The couple were then told that North Yorkshire Police decided to strip Ms Cashon of her DPS licence which means that she will not be allowed to run any public house in the York area.

‘They have decided to make an example of us which, with respect, seems to be completely out of proportion to any unintended offence we might have committed,’ said Mr Cookson.

‘The entire village has adhered to the lockdown rules, and we’ve worked so hard along with our staff to ensure we complied too, and kept everyone safe, we have had no positive cases of Covid linked to the pub whilst we have been here.’

Since the incident on November 8, a petition has been set up by Caitlin Hynes in an effort to keep the couple as the owners of the pub. 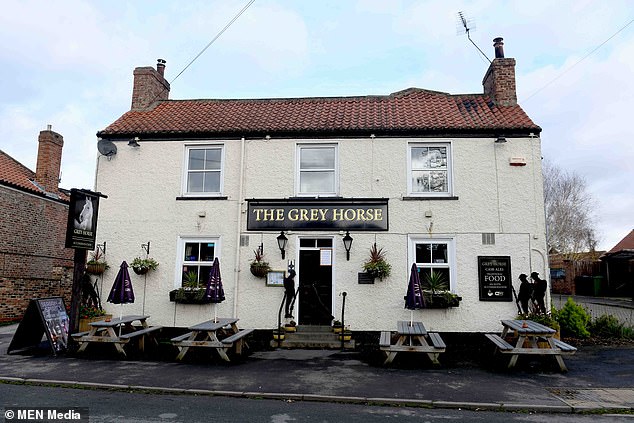 The pair decided to hand out beverages to those paying their respects at the village memorial adjacent to The Grey Horse in Elvington, North Yorkshire, and at the Free French Memorial close to Elvington airfield last weekend

It reads: ‘As most of you know from the incident on Remembrance Sunday we are at risk of losing the pub, we ask if you could help by signing this petition to help show the licensing officer how much of an impact this will have on the village.

‘We have met so many amazing people in this village and we are not ready to leave and thank you all for your support.’

Thanking their supporters, Mr Cookson said: ‘It has been heartening to see the response of the people of Elvington who have taken us to their heart during this unprecedented and difficult time.

‘As huge a blow as this is to both of us, it’s such a shame that the great relationship we’d built so quickly with the people of Elvington is being broken and we thank the 350 plus people who have signed a petition in support of us.’

He added: ‘We sincerely hope that York Police Licensing will reconsider this decision.’