Children as young as nine are being forced by county lines drug gangs to pressure their grandmothers into becoming drug mules because they look less suspicious, a new report into child exploitation by criminal gangs has found.

A new report by the Commission on Young Lives, an organisation which targets vulnerable children to protect them from criminalisation and violence, said it was aware of cases where young children have felt forced to involve their grandparents in order to satisfy gang leaders.

Criminals are said to often threaten to harm the child’s family if they refuse a request or try and pull out of the operation.

The harrowing description is just a small part of a final report by the commission which found that it is now ‘the norm’ for criminal gangs to use primary school children to run drugs. 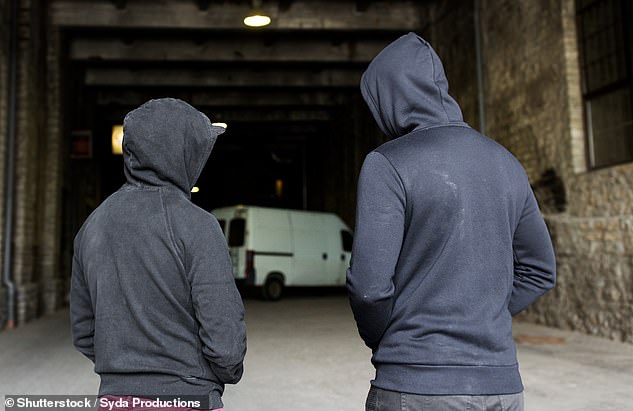 Children as young as nine are being forced by county lines drug gangs to pressure their grandmothers into becoming drug mules. A stock image is used above [File photo]

‘This goes beyond failing individuals. It is a failure that affects whole communities, for generation after generation.’ It added the issues are a ‘threat to [the UK’s] prosperity and security.’

Once children have been ‘groomed’ into criminal activity there is little choice to leave as they are ‘controlled’ by the gang, many of which are now run by teenagers.

It came as government figures revealed that as many as 200,000 children in England aged between 11 and 17 are thought to be vulnerable to serious violence.

There were 11,600 instances where gangs were a factor and 10,140 in which child criminal exploitation played a part. 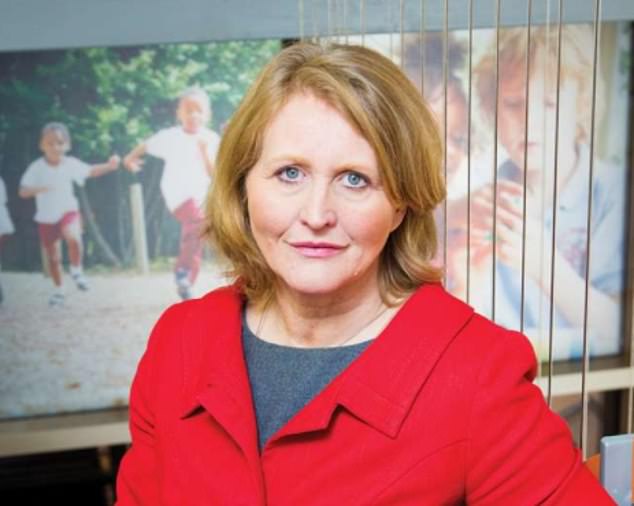 The economic and cost of living crisis has only increased the danger to young children, the report author and chair of the organisation Anne Longfield CBE (pictured) found

The economic and cost of living crisis has only increased the danger to young children, the report author and chair of the organisation Anne Longfield CBE found.

It highlighted many cases where ‘desperate parents look the other way because they are reliant on their child for financial support.’ In these cases, the child, some as young as nine, are the ‘main breadwinner’ of the family.

There is also increasing concern about communities where ‘organised criminals seek out and groom very vulnerable children who have fallen through gaps in the care, health, or education systems, almost with impunity’.

Miss Longfield, who was the children’s commissioner until 2021 and now runs the Commission on Young Lives, said these figures were just ‘the tip of the iceberg’.

The commission’s report, Hidden in Plain Sight, warns that a combination of Covid, the cost of living crisis and a return to austerity would be a ‘gift’ to criminals looking to exploit vulnerable children.

Miss Longfield said she was already aware of children as young as nine being used to run drugs.

She said: ‘I think it’s now become the norm for the older age primary school (child) to be involved in the outskirts of running.

‘I think, sadly, I’ve been told more and more about the 14-year-olds – even a 13-year-old I’ve heard of – as being involved in that role in a county line.

‘I think that is a new development after Covid, and what people say is that while the market was suppressed during the pandemic, actually when it opened up those that were targeting young people went for a younger group of kids to do so, which is horrific – these are children.’ 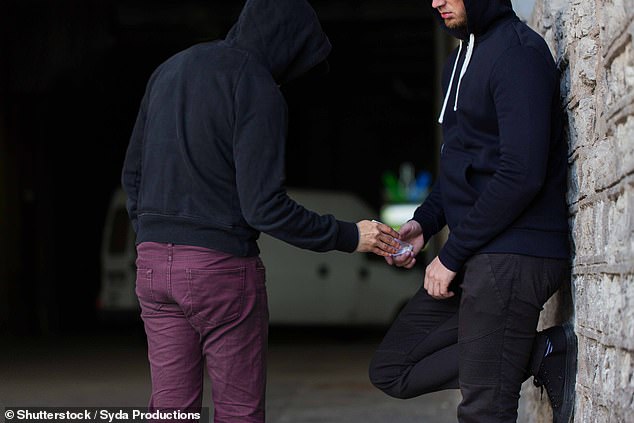 Miss Longfield said she was already aware of children as young as nine being used to run drugs. A stock image is used above [File photo]

Miss Longfield urged parents to look out for signs such as ‘burner’ phones, hidden cash, children going missing or spending time with groups that seem to be a bad influence.

She also called on the Government to pull together a strategy in Cobra-style meetings to counter the worrying trends, and argued that recent political turmoil has harmed efforts to protect children: ‘We are spending billions applying sticking plasters, far more than we ever spend on helping vulnerable children avoid harm.

‘This has not been helped by the carousel of five Prime Ministers and eight different Education Secretaries over the last six years.’

And the commission called for a ‘Sure Start Plus’ system for teenagers – funded by some of the millions recovered annually from the proceeds of crime – that would combine health and education services to ensure ongoing support for young people at risk.

Councillor Nesil Caliskan, chairman of the Local Government Association’s Safer and Stronger Communities Board, said: ‘The harrowing exploitation of children and young people is a significant, increasing concern for councils who work hard to identity and protect those at risk of abuse.’

Sir Peter Wanless, chief executive of the NSPCC, added: ‘The reality is this troubling situation could deteriorate further unless our political leaders confront the multitude of problems that are leaving young people at serious risk of criminal and sexual exploitation.’