A STARVING husky has undergone an incredible transformation after being left for dead by his cruel owner.

Heartbreaking photos have emerged of the pet pooch  after it was used as collateral damage in a bitter divorce. 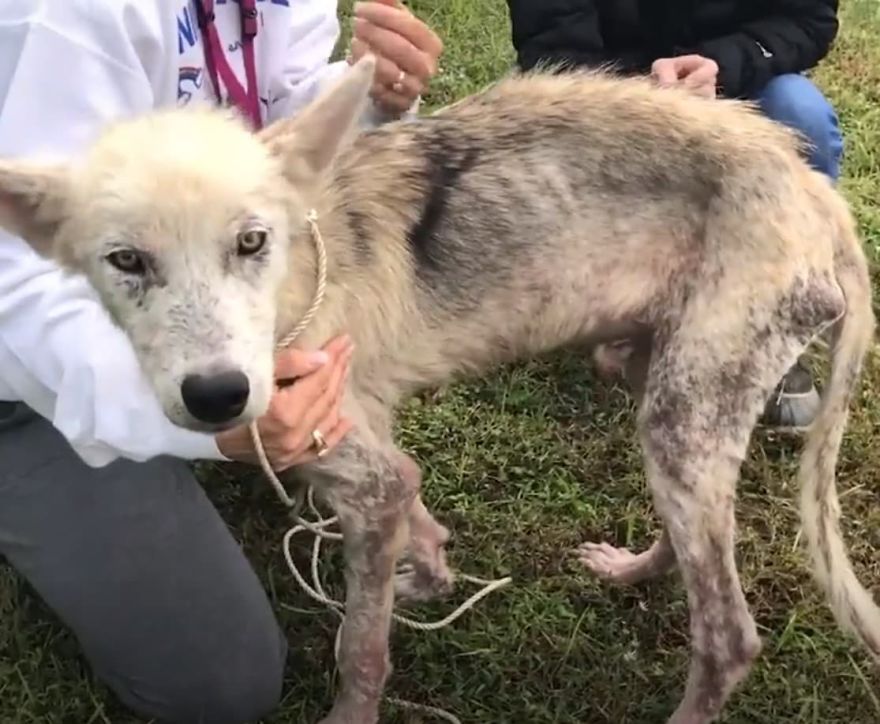 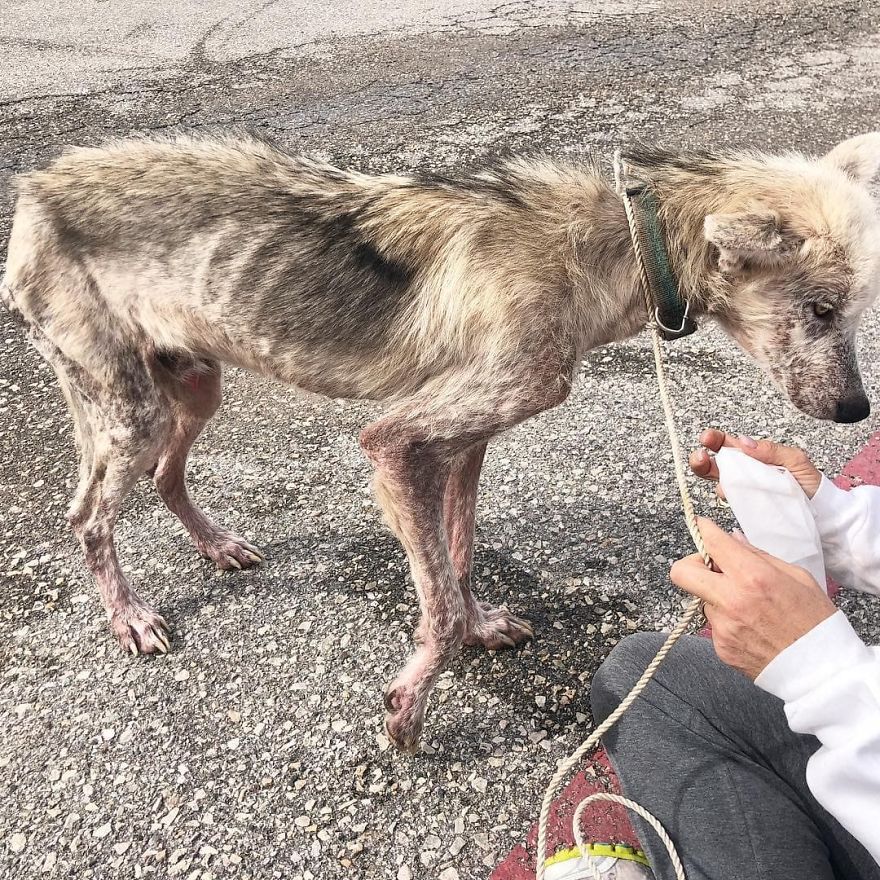 The innocent husky, named Finn, was tied to a chain for almost two years by his owner who wanted revenge on his ex-wife.

It is understood the owner bought Finn when he was a puppy as a gift for his wife.

But not long after the woman filed for divorce.

Tragically, Finn bore the brunt of the owner's anger.

Not only did he stop feeding the dog properly, but tied him to a chain and left him for dead. 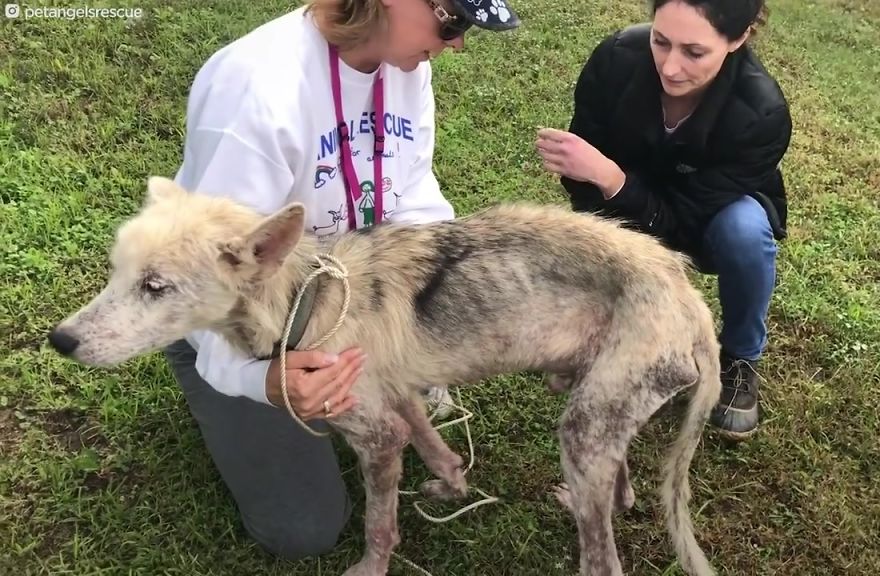 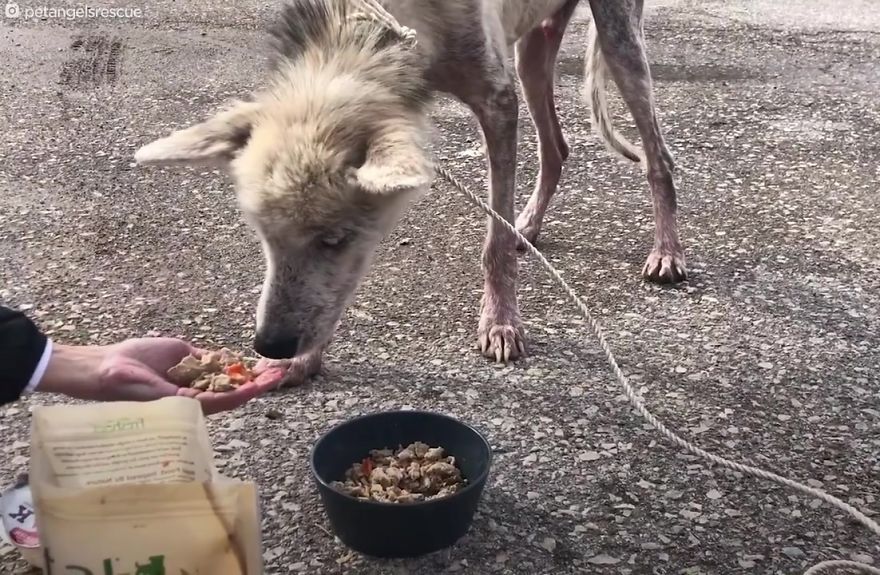 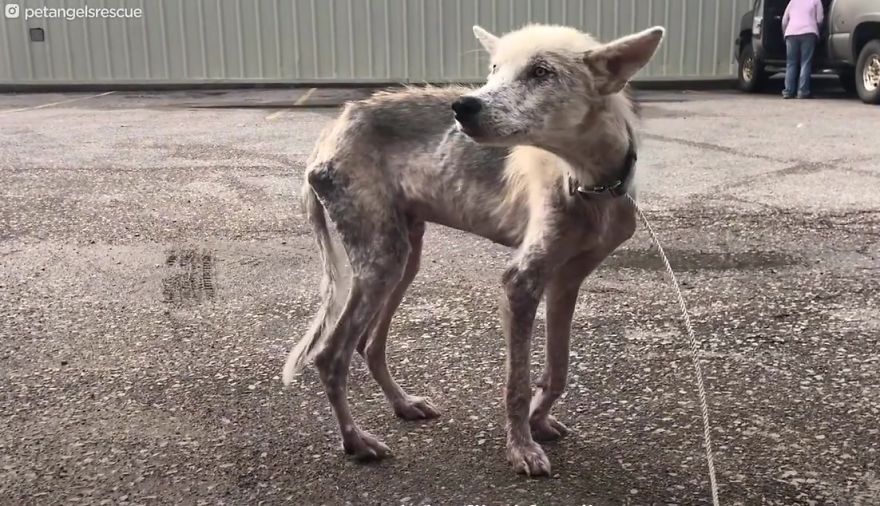 Finn was thankfully eventually found by rescuers – but was dangerously underweight and had little fur left.

The rescuer said: "He was a bag of bones, he had barely any fur on him. It was absolute pure neglect."

Upon rescue Finn was severely emaciated and suffering from parasites and mange. 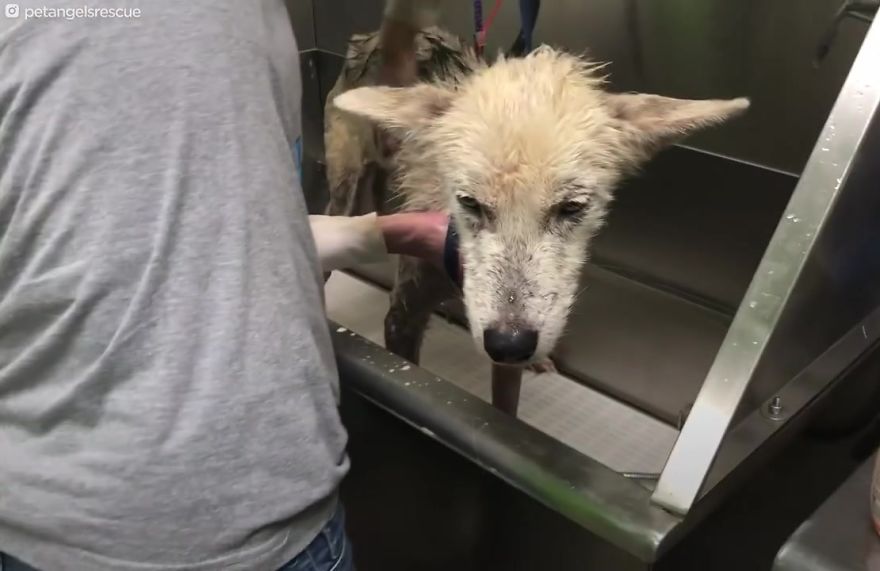 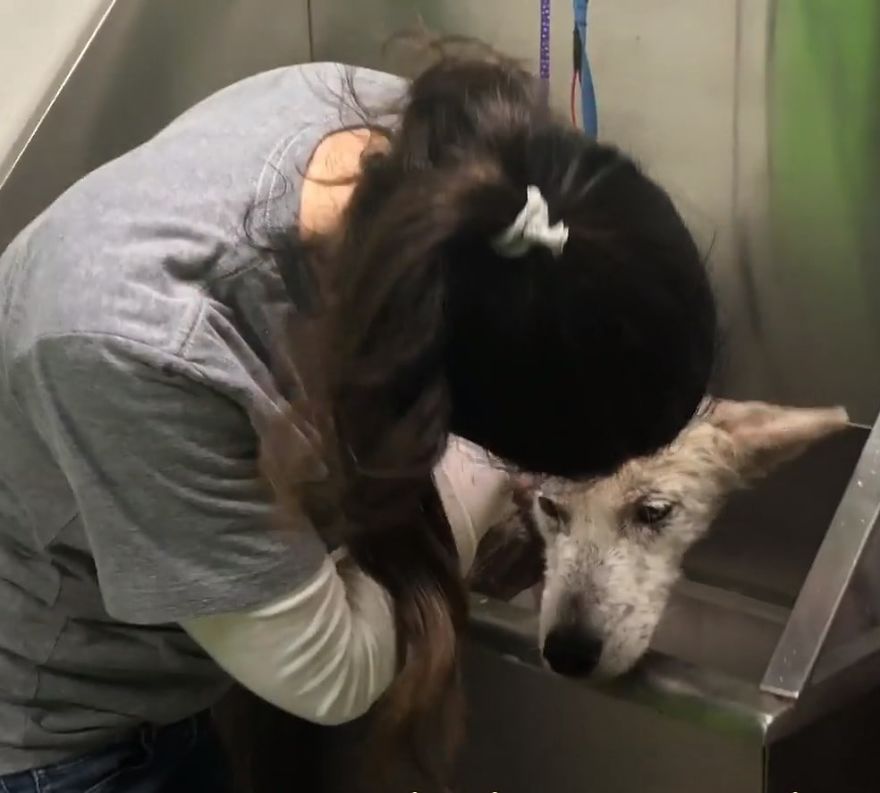 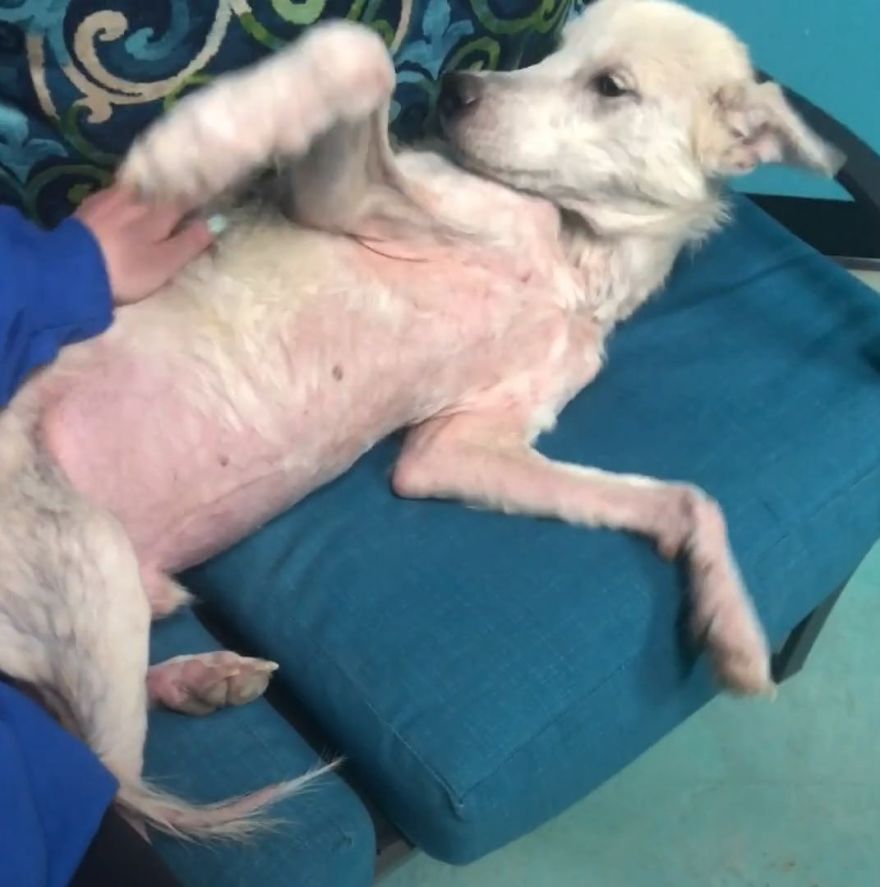 Once he was put in the car to be taken away, the husky curled up into a ball and slept for the entire two hour journey back to the shelter.

They had expected the pooch to have little strength left, having been locked up for a long period, but Finn surprised them when he was "ready to go" as rescuers put him on the lead.

With the loving care of his rescuers, and proper medical treatment, Finn improved every day.

The husky began to look healthier, doubling his weight from 40 pounds to 80 pounds, and growing his fur back. 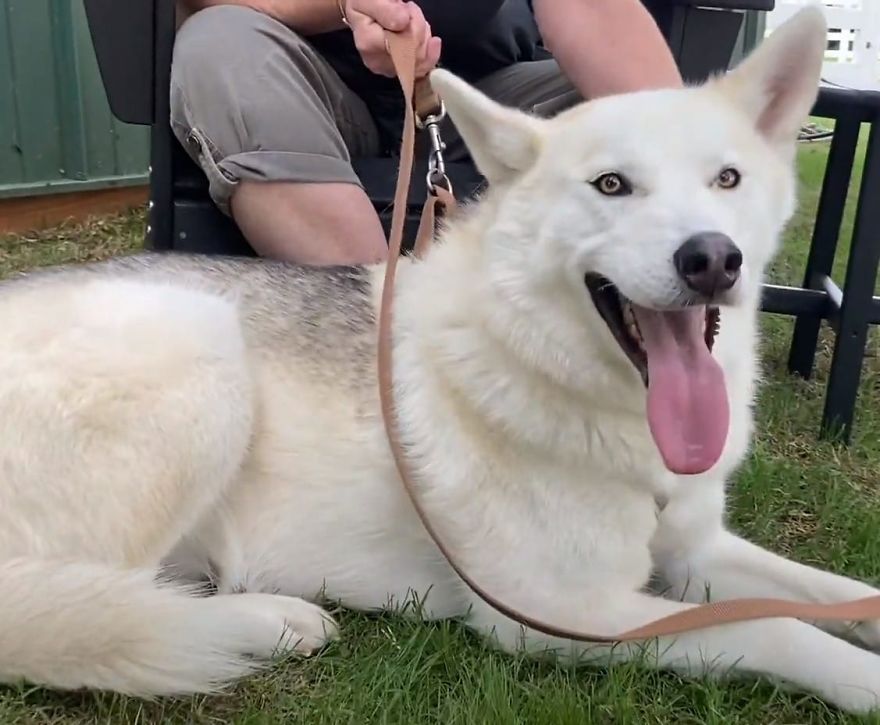 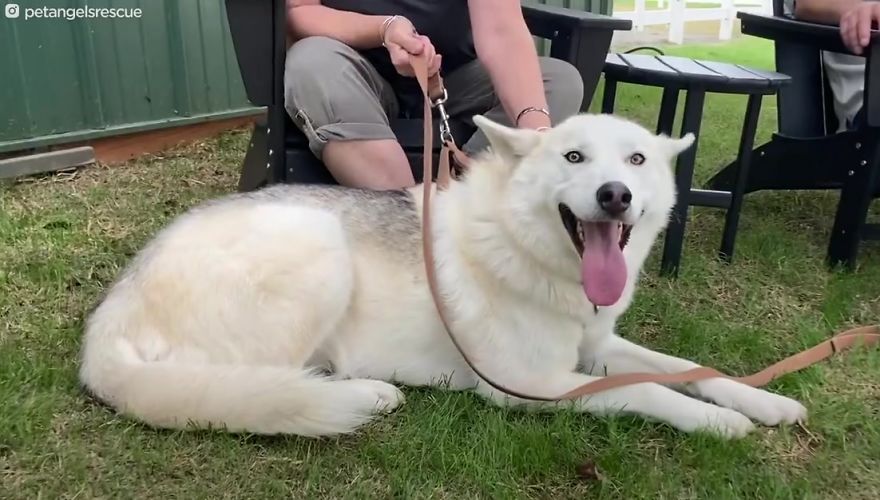 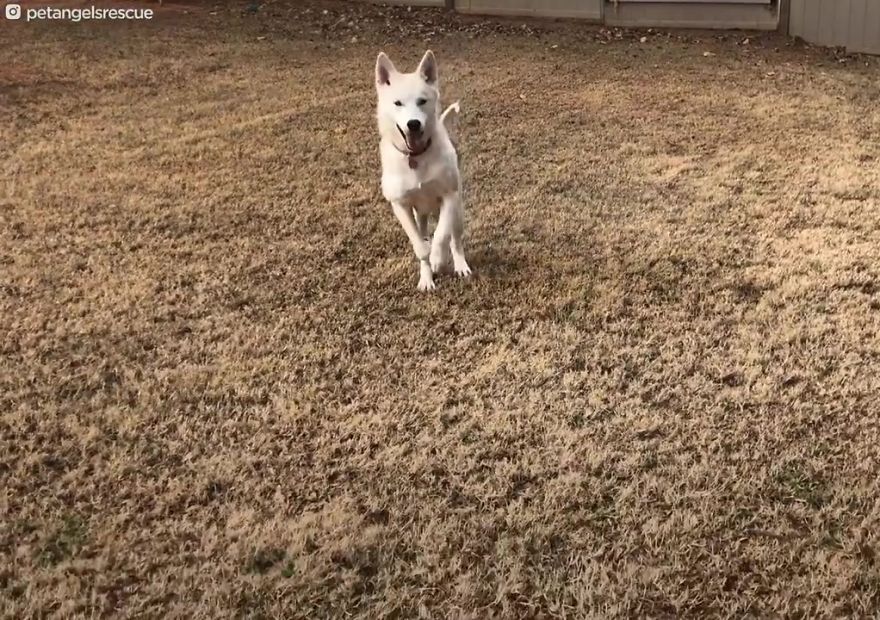 Sadly, Finn's rescuers said they thought his time at the shelter was the first time in his life he'd been given any kind attention.

He now looks like a "totally different dog" who is "instantly forgiving”.

And after finding loving new owners, Finn's story is a finally happy one.

Pet Angels Rescue said: "His adopters actually came to see him very early on in his recovery.

"They've been incredible, they've given him the best life."

The rescuers say that after all his struggles as a puppy, Finn didn’t give up and is now a loving, friendly, and forgiving dog who reminds everyone that your past doesn’t define you.