DAILY MAIL COMMENT: Sunak must learn the lesson of the Truss debacle

DAILY MAIL COMMENT: Mr Sunak mustn’t learn the wrong lesson of the Truss debacle. The Tories are nothing if they’re not a low-tax party

Boris Johnson is often characterised as a man of vaulting ambition. His enemies like to claim he is so driven by ego and self-advancement that he would trample over anyone or anything to get where he wants to be.

In the race for the Tory leadership, however, he has shown himself to be the very opposite.

He has sacrificed his own ambition for the good of his party and the nation.

It was confirmed yesterday that he had indeed secured the backing of the 100 MPs required to place him in a final run-off with Rishi Sunak.

And had his name gone forward to the membership, there was every chance he would have been back in Downing Street within days.

Yet in a gracious and honourable gesture, he stood aside to avoid plunging his party into yet another bloody feud — one that this time it surely would not have recovered from.

As a result of his statesmanlike stance, Mr Sunak — once his right-hand man — sails into No 10 unopposed. 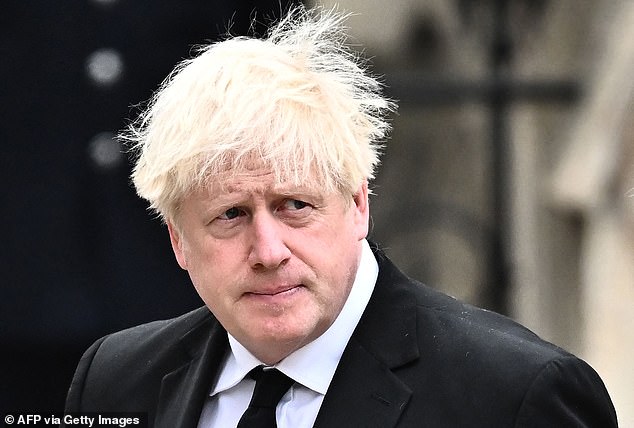 It is now up to all Conservatives to follow Mr Johnson’s example and put country before self.

In recent months, the Tories have been little more than a fractious rabble.

From the attack of mass hysteria which saw Mr Johnson forced from office to the undermining of Liz Truss by those who didn’t vote for her, they appear to have lost the virtue of collective responsibility and forgotten the meaning of loyalty.

From this day forward, they must grow up and unite behind their new leader. Failure to do so would usher Sir Keir Starmer and Labour into power, probably at the head of a broad Left coalition of chaos.

Some, of course, will find it hard to forgive Mr Sunak for wielding the knife against his former boss.

They may also view the prospect of going into the next election without their biggest asset as being akin to England heading to the World Cup minus star striker Harry Kane.

They must now look beyond such reservations. The former chancellor becomes party leader and Prime Minister with the overwhelming support of Tory MPs. Their choice must be respected and embraced.

As Mr Sunak told backbenchers, the party faces ‘an existential threat’. It was a case of ‘unite or die’. 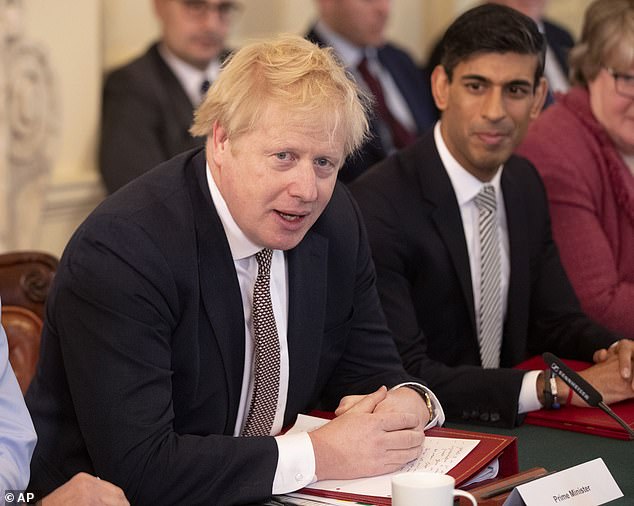 He pledged to form a government of all the talents available, taking in the many shades of Tory opinion.

But for his own part, Mr Sunak must remember that he is in place because of Mr Johnson’s remarkable landslide victory in 2019 and that the Tories were elected on a promise of low taxes, Brexit freedoms and levelling up the regions.

Although Miss Truss may have imploded in record time, there was much truth in her diagnosis of the problems facing the British economy. Despite the lamentable execution, her tax-cutting, high-growth agenda was the right path to prosperity.

Mr Sunak must not take the wrong lessons from the collapse of ‘Trussonomics’.

Our tax burden is already the highest since the 1950s. So he should seek to lighten the load on hard-pressed families and businesses, not make it heavier.

For example, allowing corporation tax to rise to 25 per cent risks stifling enterprise, investment and job creation. Is that what Britain needs when we’re on the edge of recession?

Low taxes should always be a Conservative aim. The danger is being seduced into believing a high-tax, social democratic model is the way to arrest decline.

Mr Sunak should be under no illusion over the size of the mountain he has to climb. 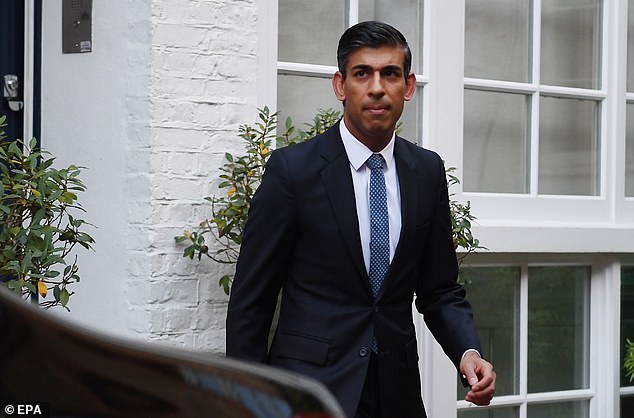 As a result of his statesmanlike stance, Rishi Sunak — once Johnson’s right-hand man — sails into No 10 unopposed

Many of the difficulties he faces are global and beyond his control. Every developed country is suffering rampant inflation and rising interest rates.

Indeed, the average inflation rate across the EU is higher than in Britain. Even Germany, once the powerhouse of Europe, is heading into an economic downturn.

Mr Sunak’s mission is to mitigate the worst of this cost-of-living crunch without blowing an even bigger hole in the nation’s finances. This will be no easy task. The Government has already committed gargantuan sums of taxpayers’ money to cap energy costs. There will no doubt be pressure to spend even more — but we must live within our means.

Sadly, energy is far from his only major headache.

Making Brexit work, fixing the Northern Ireland Protocol, the war in Ukraine, massive waiting lists in an unreformed NHS, illegal migrants crossing the Channel in their tens of thousands and crippling strikes in the railways and across the public sector are among the others.

And let’s not forget the wokery that has gripped many of our institutions and educational establishments. This pernicious attack on freedom of expression must be resisted with all force. If ever there were a time for all Tories to rally round their leader, this is it.

The parliamentary party has allowed itself to become Balkanised, with different factions engaged in endless guerrilla warfare. It was virtually ungovernable — almost as if it had a death wish.

The country and the financial markets are crying out for calm and stability. Whatever differences Conservatives may have with Mr Sunak, they must now be subsumed to the common good.

If they need convincing, they should take a long, hard look at the alternative.

With the Tories floundering 30-plus points behind in the polls, there is a real danger that the public will be gulled into propelling Sir Keir — an ocean-going dud — into Downing Street.

He may be wrapping himself in a Blairite ‘third way’ mantle now, but it’s only three years since he was one of Marxist Jeremy Corbyn’s most loyal lieutenants. He also fought tooth and nail to overturn Brexit. Has he really changed his spots?

And if you think the markets are spooked now or that taxes and public spending are too high, just imagine the havoc a Labour/Lib Dem/SNP government would wreak.

Mr Sunak is unquestionably a politician of substance. His mettle was severely tested during the unprecedented Covid crisis — and he came through with flying colours.

As chancellor, he saved countless thousands of businesses and jobs with effective and imaginative support schemes.

An original Brexiteer, he has a ferocious intellect and understands the complexities of high finance and the global marketplace, making him a sound choice for these turbulent times.

And he is a man of considerable charm, a quality he will need in abundance to steady Conservative nerves and bring the party together. These diplomatic skills will also serve him well on the world stage.

Momentously, he also becomes the first non-white Prime Minister of this country. Not because of quotas or any obsession with positive discrimination, but entirely on merit. His elevation is a tribute to the Tories as the true party of diversity.

Since 2019, all four great offices of state have now been held by men and women of ethnic minority heritage. Labour, by contrast, has elected exclusively white male leaders.

Typically, Labour is already attacking Mr Sunak as unrepresentative of British-Asians. This kind of thinly-veiled racism is constantly directed at any member of an ethnic community who has the temerity to reject Left-wing orthodoxies.

Having squandered so much time and energy on petty infighting, the Conservative Party’s fortunes are at a historic low point. The damage has been entirely self-inflicted.

They have two years left to convince voters that they are a credible party of government. Regaining the electorate’s faith and confidence will not be easy.

For too long they have resembled Ouroboros, the great serpent of Greek legend that devoured itself. However, the redeeming feature of that myth is that Ouroboros was eventually reborn. The Tories’ own renaissance must start here and now.