Dead sperm whale had plastic in its stomach, Greenpeace says

A sperm whale found dead on an Italian beach might have died from consuming too much plastic, according to environmental advocates.

The whale, estimated to be able 6 years old, washed up on the Cefalu beaches in Sicily on Friday, Greenpeace Italy wrote on Facebook. Sperm whales typically live to be about 70 years old.

A large amount of plastic was found in the whale’s stomach, although it is unclear if the waste caused the whale’s death, according to the organization.

Plastic has been documented at all levels in the marine food web, from the deepest trenches to the most far-flung beaches, according to a study published Thursday by Scientific Reports.

Six sperm whales have washed up on Italian beaches in the last five months, according to Greenpeace. The most recent whale was found in Palermo on Tuesday, Felice Moramarco, press officer for Greenpeace Italy, told ABC News. An necropsy will be performed on Wednesday, Moramarco said. 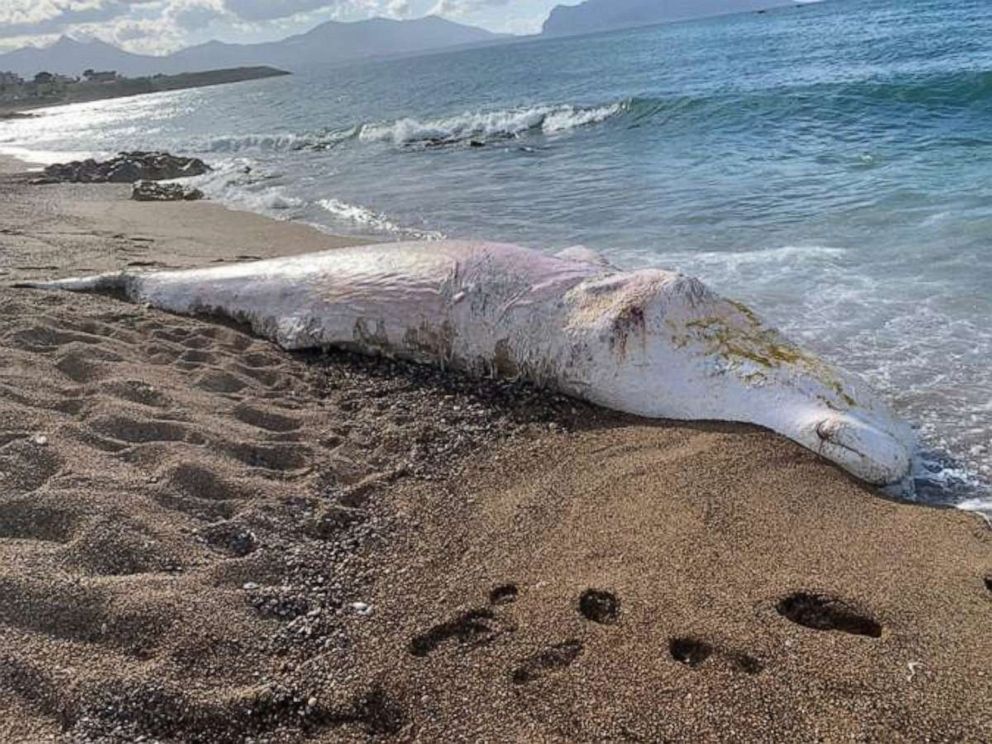 Last month, a pregnant sperm whale was found dead outside Porto Cervo in Sardinia with about 50 pounds of plastic in its stomach, National Geographic reported.

In March, after a dead whale washed onto a beach in the Philippines, 88 pounds of plastic were found in its belly, according to Greenpeace.