IT was one of the most grisly botched executions in history.

A Death Row killer who "slowly fried" to death in a horror 14-minute electrocution after it took three jolts to kill him.

Eyewitnesses described the "stench of burning flesh" as "nauseating."

The drifter had killed pawnbroker Edward Nassar in Mobile in January 1977 and confessed to a string of crimes including robberies, kidnapping and extortion.

Prosecutors are said to have rejected his guilty plea; they wanted to secure an execution through a conviction from a jury, The Daily Star reports. 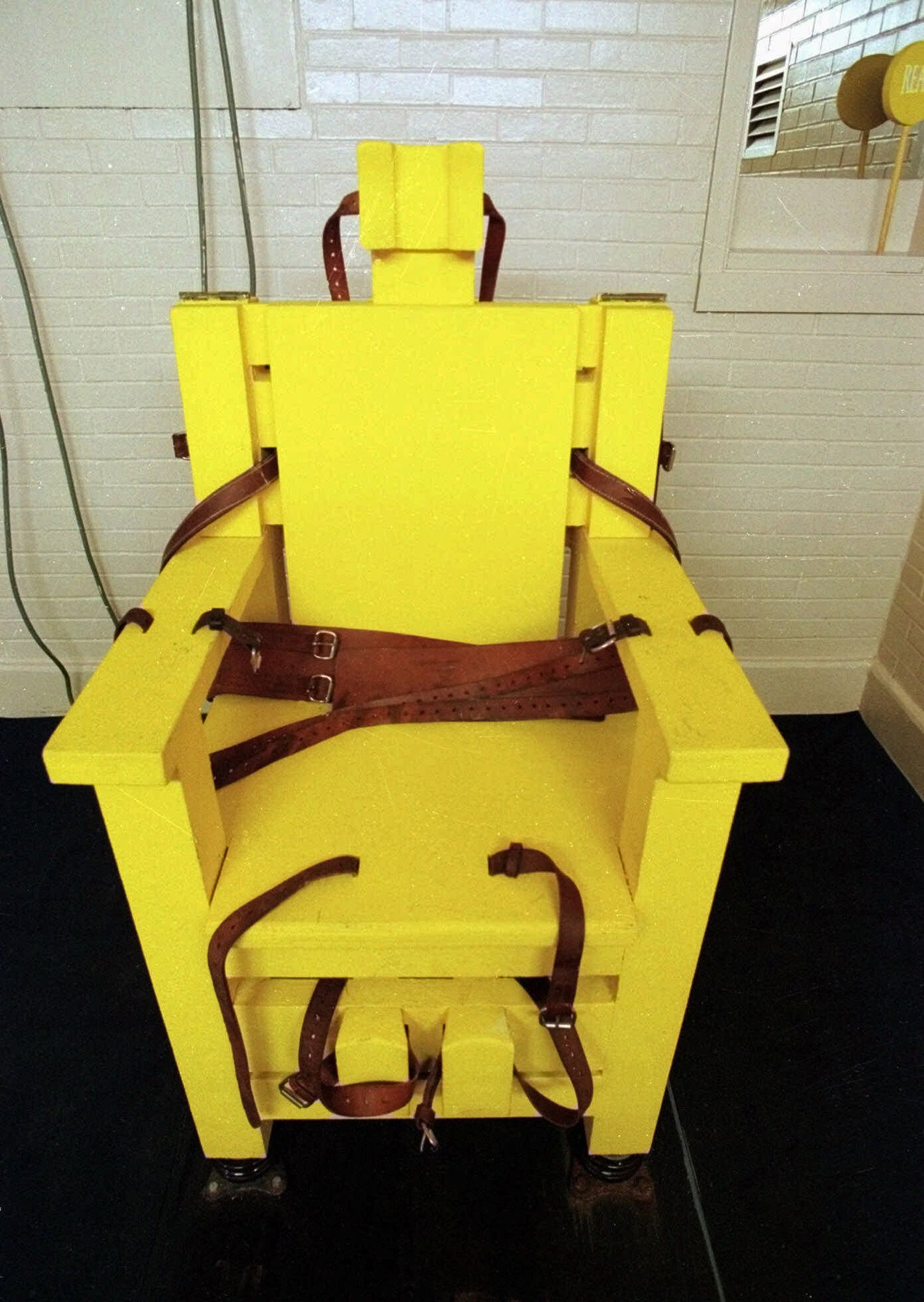 And, after Evans is said to have shown no remorse for his actions, the death penalty was confirmed.

Eyewitness Russell F. Canan wrote in Burning at the Wire: The Execution of John Evan: "His body slammed against the straps holding him in the electric chair and his fist clenched permanently.

"The electrode apparently burst from the strap holding it in place. A large puff of greyish smoke and sparks poured out from under the hood that covered Mr. Evans's face.

"An overpowering stench of burnt flesh and clothing began pervading the witness room.

"More smoke emanated from his leg and head. Again, the doctors examined Mr. Evans. The doctors reported that his heart was still beating, and that he was still alive.

"At 8:44, the doctors pronounced him dead. The execution of John Evans took fourteen minutes."

The first attempt failed because of a misconnected cable.

Dunkins Jr, 28, died in 1989 after being convicted of murdering mom-of-four Lynn McCurry.

He was declared dead 19 minutes after the executioner first flipped the voltage switch. His attorney, Steve Ellis, described the scene as ″grisly."

The US government conducted its first federal execution in 17 years in July last year.

The American Civil Liberties Union called it "a truly dark period for our country."

And it was reported last month that Arizona is preparing to execute death row inmates using hydrogen cyanide.

The state's gas chamber is said to have undergone a refurbishment, with corrections department chiefs spending thousands on ingredients to make the deadly gas.

Hydrogen cyanide is the same lethal gas used by the Nazis at Auschwitz.

Documents obtained by the Guardian reveal a solid brick of potassium cyanide was bought in December for $1,530, on top of the more than $2,000 spent on acquiring materials

And the state's gas chamber in the Arizona State Prison Complex, Florence – which was built back in 1949 and has stood unused for more than two decades – has been "refurbished" according to the department.

Republican-run Arizona has been pushing in recent months for its execution system to be restarted.

It was suspended for seven years when a botched injection in 2014 saw inmate Joseph Woods take almost two hours to die after 14 doses of a mix of drugs that were not widely used at the time were pumped into his body.

Arizona has not used lethal gassing as a way of execution since 1999, when Walter LeGrand was subjected to the method.

The German national was sentenced to death for an armed robbery in 1982, in which a man was killed.

According to an eyewitness account of his execution, he appeared to experience "agonizing chocking and gagging", taking 18 minutes to die.

In November last year it was reported a death row killer winced, twitched and gasped for breath in his final moments after being given a lethal injection last night.

Orlando Hall, 49, was executed for kidnapping, gang raping a 16-year-old girl, dousing her in gas and burying her alive 26 years ago.

And in August it was report a child killer who raped and dismembered a girl with a chainsaw suffered an "excruciating" death when he was executed.

Wesley Ira Purkey was put to death by an injection of pentobarbital in Terre Haute federal penitentiary, Indiana.

An autopsy performed on Purkey, revealed he suffered “severe bilateral acute pulmonary oedema” and “frothy pulmonary oedema in the trachea and main stem bronchi”, according to new documents lodged by lawyers representing death row inmate Keith Nelson, who is scheduled to be executed on Friday.

Those findings mean fluid quickly filled Purkey’s lungs and entered his airway up to his trachea, causing “a near-drowning” sensation and “extreme pain, terror and panic", said Gail Van Norman, a medical expert retained by Nelson’s lawyers to interpret the autopsy.

“These are among the most excruciating feelings known to man,” she said in a filing obtained by The Sun.

Purkey’s execution was carried out two days after the US government conducted its first federal execution in 17 years, also at Terre Haute, of white supremacist Daniel Lewis Lee.

Lee was convicted of killing an Arkansas family in a 1990s plot to build a whites-only America.