Johnson was stripped of her committee assignments on Wednesday by MI Republican Party leaders in the House in the wake of her social media rampage. 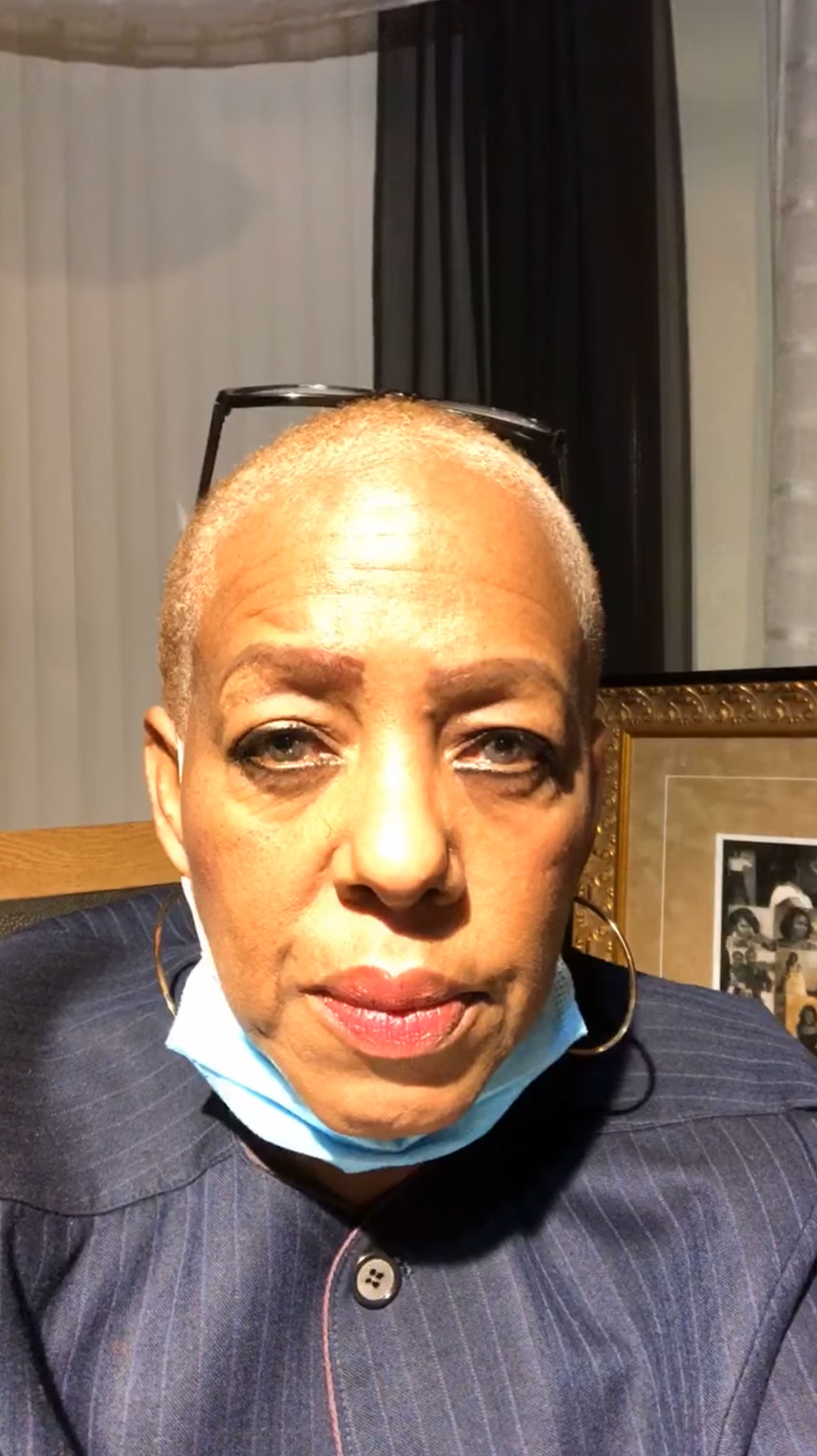 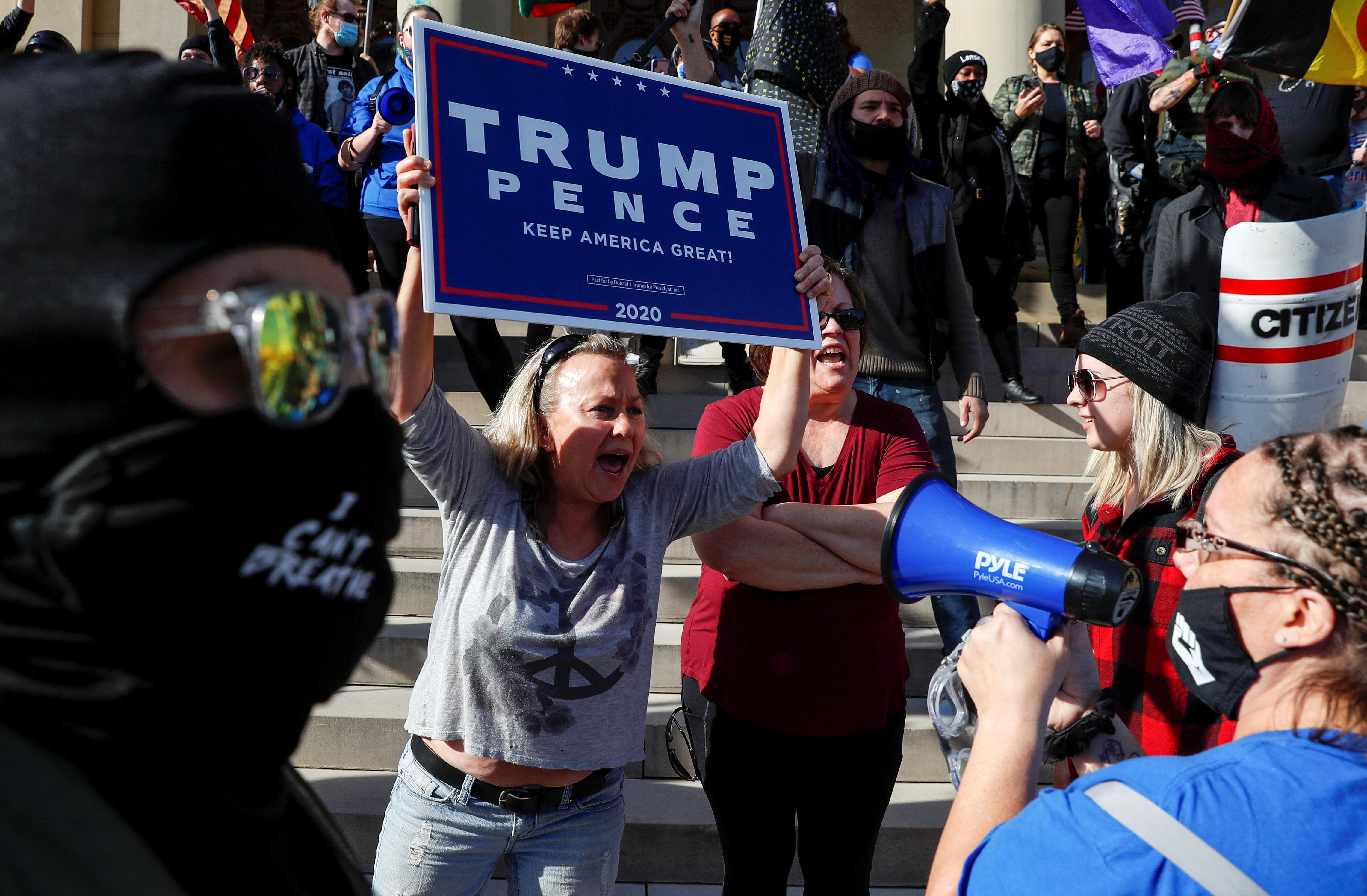 Johnson reported getting multiple threats after the hearing – including one in which a Texas man told her to "rot in hell" and threatened to burn several crosses in her yard and hang a noose from her tree.

On Tuesday night, she took to Facebook to warn Trumpers, saying "be careful. Walk lightly. We ain't playing with you."

"Enough of the shenanigans," she raged. "Enough is enough. And for those of you who are soldiers, you know how to do it. Do it right. Be in order. Make them pay."

House Speaker Lee Chatfield and Speaker-elect Jason Wentworth said they were exploring further disciplinary action against the first-term legislator, who lost her spot on three committees in the closing days of the two-year session. 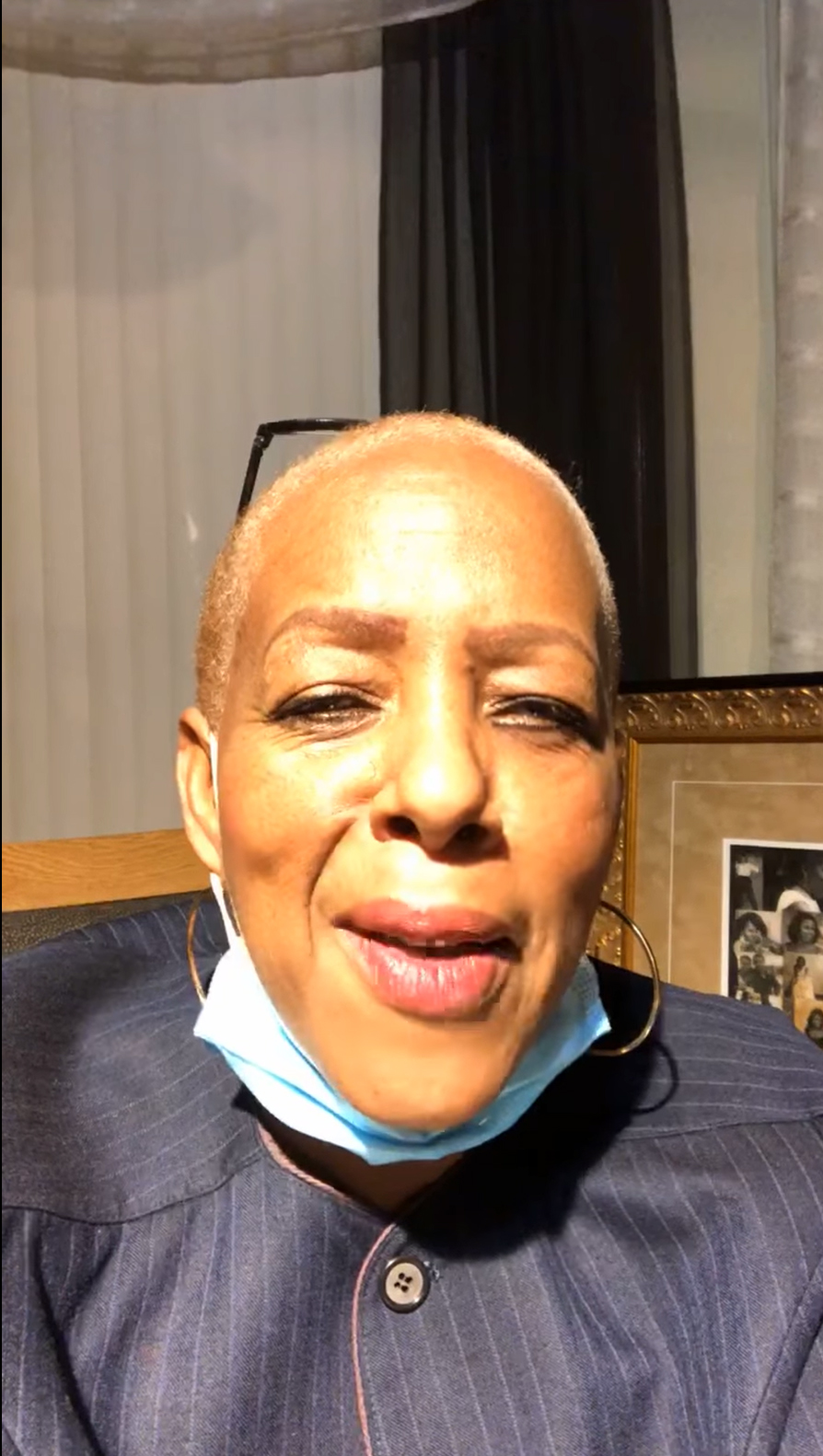 They issued joint statement saying "threats to either Democrats or Republicans are unacceptable and un-American."

"They're even more unbecoming of an elected official," Chatfield and Wentworth said. "That applies to threats made toward public officials, and it must also apply when the threats come from public officials.

"Behavior like this will not be tolerated this term or next."

Johnson could not be reached for comment. Earlier in the video, she urged people to “be smart” and "hit them in the pocketbook" — an apparent reference to Trump supporters.

She said the FBI and state police had identified an Illinois woman who left her a voicemail saying she would post Johnson’s phone number to a million people. 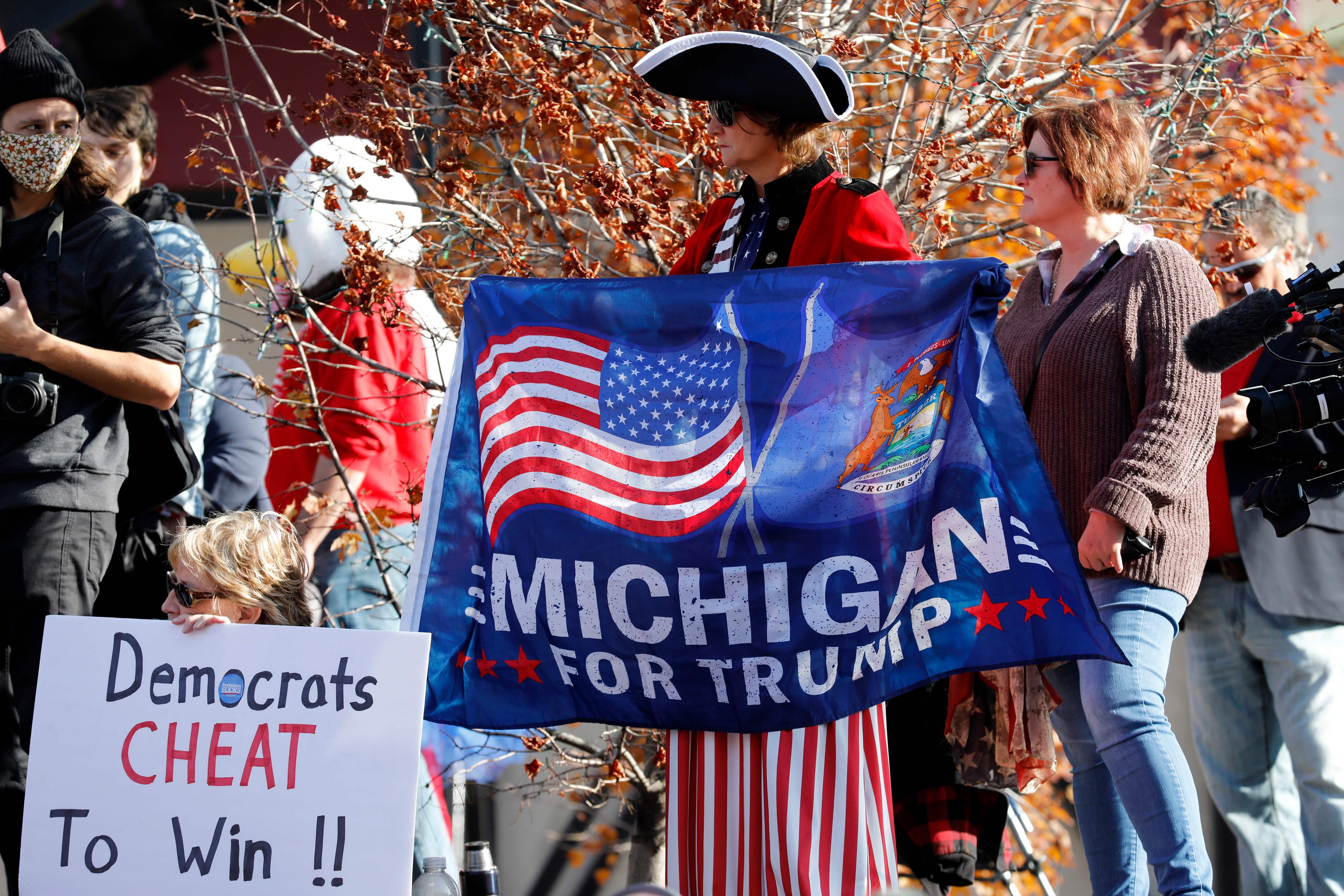 On Wednesday, Johnson made a video urging "soldiers" — Christians and those opposing racism, misogyny, domestic violence, domestic terrorism and mistreatment of black and brown people — "to rise."

In the wake of the presidential election, lawmakers and other officials from both parties have reported being threatened by citizens.

Trump’s team is trying to prevent the certification of Democrat Joe Biden's 2020 win by targeting key battleground states and a lawsuit was recently filed in Texas suing Georgia, Michigan, Pennsylvania, and Wisconsin. 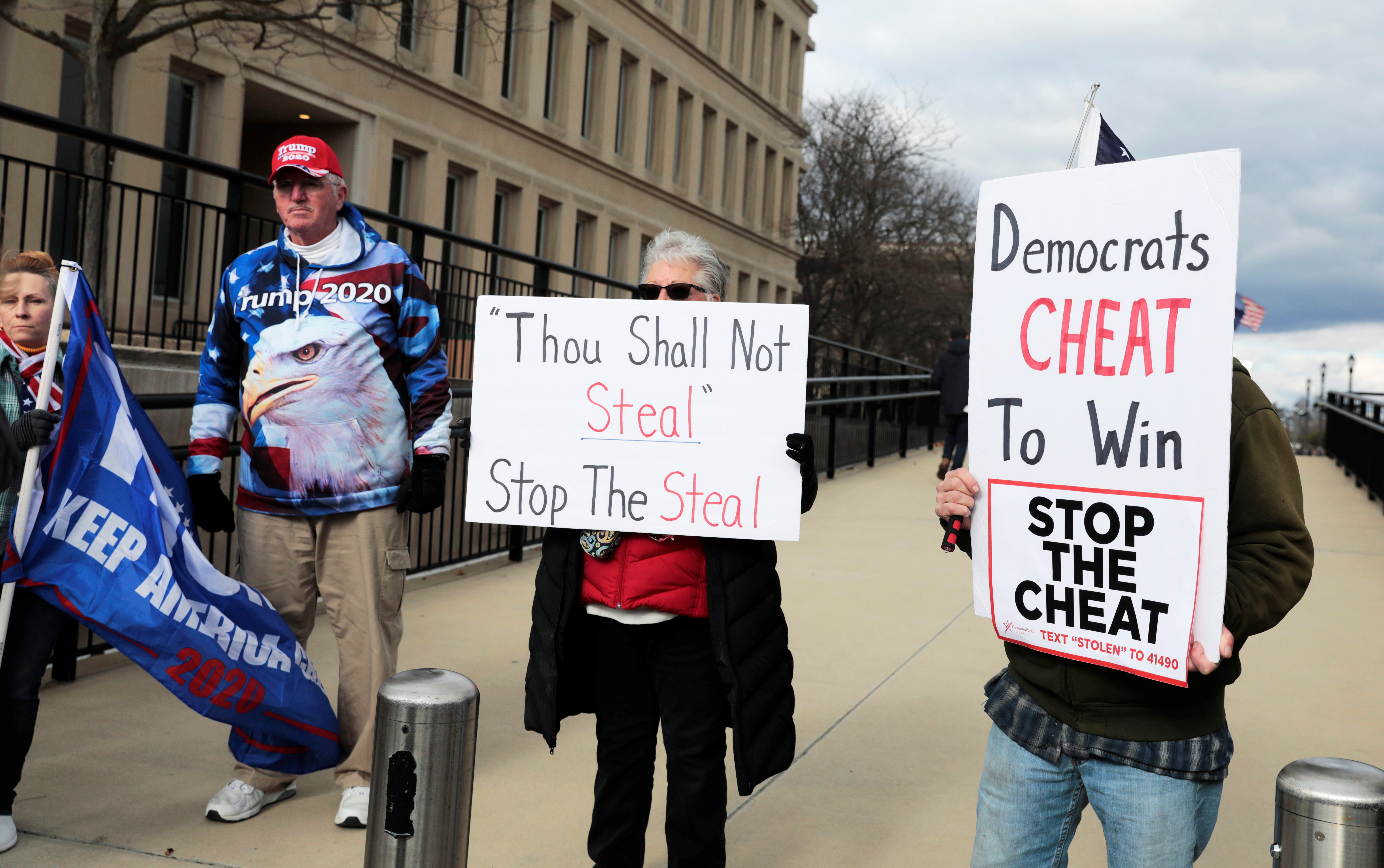 "It’s incumbent upon every elected official to be mindful of the impact of our words, especially in a moment of national tension and crisis," they stated.

Greig and Lasinski criticzed the decision to remove Johnson from committees and the GOP's leader's use of "overheated language" in their statement.

They said this showed the Republican Party "prioritized partisan politics and political theater over healing the wounds of division."

Greig and Lasinski said the GOP's "coddling" of election conspiracy theories fuels "an increasingly dangerous and destructive political environment that needlessly removes focus on addressing the significant challenges of the pandemic."

State Attorney General Dana Nessel, a Democrat, said she received more than 80 calls Wednesday regarding the threats of violence against Johnson, the legislator’s reaction and whether Nessel's office would investigate.

"The threats Rep Johnson has received are appalling, ugly and deeply disturbing, but her response to those messages is also unacceptable and I strongly condemn both," Nessel said in a statement.

She urged people to call 911 or the police if they have been threatened or fear for their safety.