‘Did Donald Trump fistbump the Queen?’: Twitter goes wild over President’s delicate handshake with Her Majesty at Buckingham Palace

US President Donald Trump appeared to deliver an unusual handshake upon the meeting the Queen.

Some remarked that his holding of the monarch’s hand looked at first in photographs like a fist bump.

But he actually seemed to clench her hand rather than shaking it with a flat hand. 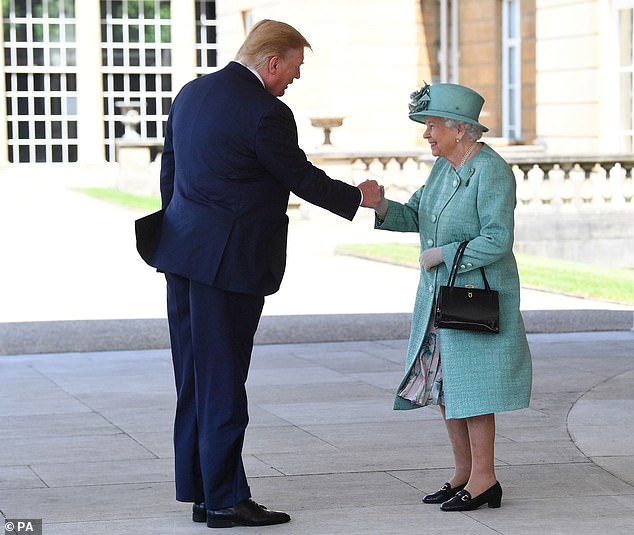 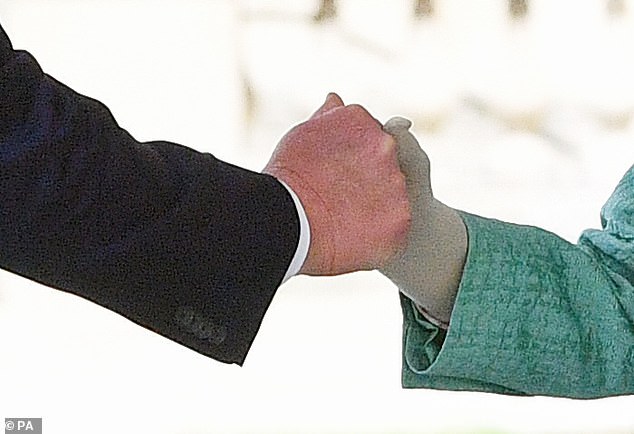 Body language expert Judi James suggested that Mr Trump – who is known for his extreme hand-holding – was not able to get a proper grasp because the Queen usually offers only her fingertips – and that his ‘huge hands’ did not help matters.

The American leader has form for grabbing hands and holding on to them for a long period of time, but the Queen was spared this.

Ms James said: ‘Donald Trump is more inhibited when he’s shaking hands with the Queen. He was leaning forward from a distance, with a tentative pawing of her hand.

‘The Queen only ever offers her fingertips so he couldn’t get a grasp. He probably wasn’t touching much more than her fingers.

‘Because he’s got such huge hands, it probably does look like a fist bump.’

She added: ‘It’s hilarious – watching the size differentiation between them is comedy gold.

‘His huge hand was enveloping her tiny one. But she was quite happy, chuckling and laughing.’

The monarchy’s official website has some simple advice on how to greet the Queen. 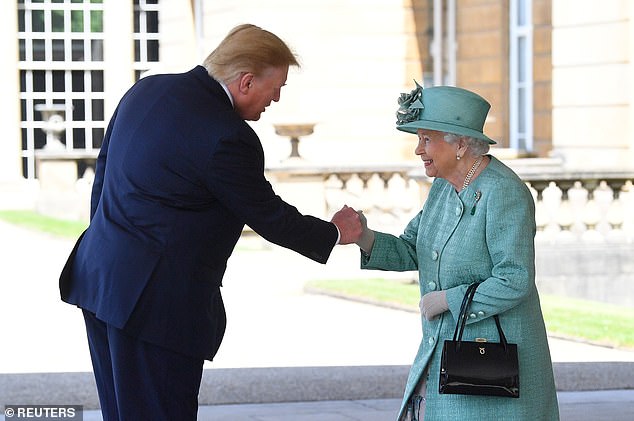 It declares of those who decide not to bow or curtsy: ‘Other people prefer simply to shake hands in the usual way.’

Mr Trump has been described as approaching a handshake like an arm wrestle, in which he clasps the hand and pulls sharply, leaving the recipient off-balance.

He yanked French President Emmanuel Macron’s hand at the Bastille Day celebration in July 2017, holding on to it for nearly 30 seconds.

At the White House in April 2018, he also led the French leader away from reporters after shaking his hand and keeping hold of it. 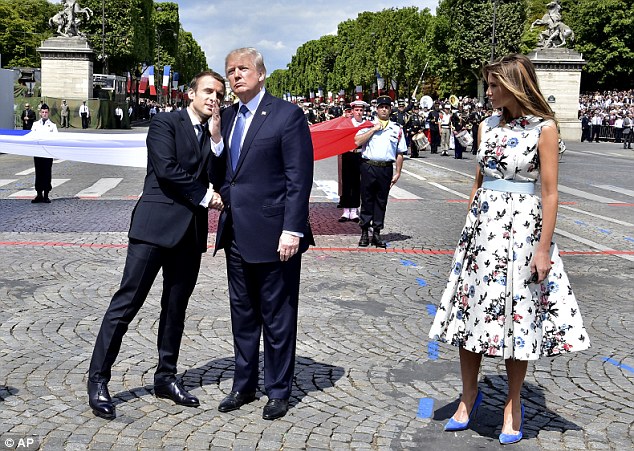 Mr Trump yanked French President Emmanuel Macron’s hand at the Bastille Day celebration in Paris in July 2017, holding on to it for nearly 30 seconds

They held hands as they walked along at the White House during their first meeting in January 2017.

Mrs May later said the US president was ‘actually being a gentleman’.

‘We were about to walk down a ramp, and he said it might be a bit awkward,’ she said.