Diesel prices have skyrocketed to yet another record high despite a cut in fuel duty, newly released figures show.

The average cost of a litre of the fuel at UK forecourts on Monday was an eye-watering 178.4p, according to the latest Government data.

The previous record of 177.5p was set two days before Chancellor Rishi Sunak implemented a 5p per litre cut in fuel duty on March 23.

New analysis shows that filling up a typical 55-litre family diesel vehicle is now around £26 more expensive than it was a year ago, thanks to fuel prices surging by almost 50p per litre.

The news marks the latest hammer blow for Britain’s 33million motorists, most of whom will be tightening the purse strings amid the cost of living crisis.

The latest development could signal the return of the derisory situation millions of motorists faced in March, when prices were hitting new records daily.

It could also spell fresh pain at the pumps for drivers planning on getaways during next month’s Platinum Jubilee Bank Holiday and over the summer. 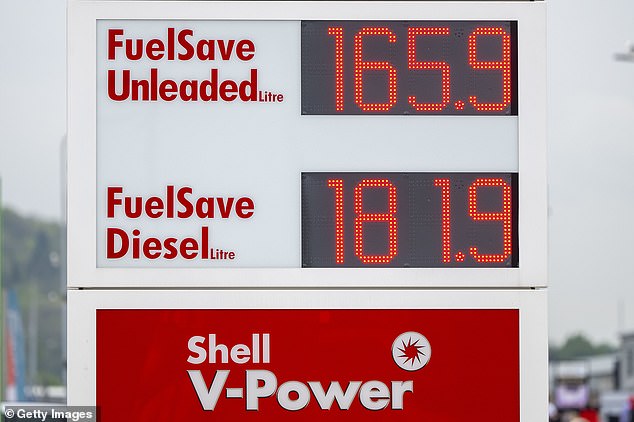 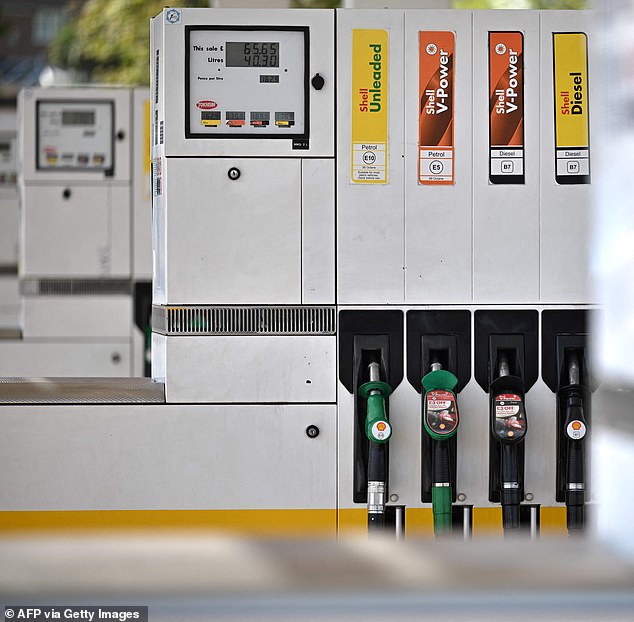 Prices were hitting new daily records for several weeks up until mid-March after the war in Ukraine pushed up costs amid fears of future fuel shortages. Russia is the world’s third-largest oil producer.

Pump prices only started falling after Chancellor Rishi Sunak slashed fuel duty on petrol and diesel by 5p a litre in his March mini-budget.

Campaign groups including FairFuelUK have pushed for a ‘pump watch’ scheme that would see an independent regulator monitor the prices of motorists’ fuel.

Meanwhile, petrol prices have nearly returned to the level seen before the duty cut.

Steve Gooding, director of the RAC Foundation, commented: ‘As we feared, it didn’t take long for the 5p reprieve to be swallowed up by global events which are driving pump prices back towards record levels.

‘The Chancellor can’t be blamed for the soaring cost of oil but he could and should go further in cutting the rate of duty.

‘Whilst all the attention is on the price of a barrel of Brent crude, the Chancellor continues to quietly take in taxation only just less than 50% of everything that drivers pay on the forecourt.

‘There has been a lot of criticism of the windfall profits being made by companies like BP and Shell, but let’s not forget that record oil prices are also bringing in extra for the Treasury in the form of VAT which is levied not just on the product price of petrol and diesel, but also the duty element.’

VAT is charged at a rate of 20% of the combined product price and duty.

One of the major factors pushing up prices was a predicted surge in demand for fuel in America and other countries as their drivers start to hit the road for their summer holidays, with the extra global demand inflating prices.

In March, average petrol and diesel prices surged more than any other month on record – 11p and 22p a litre respectively – meaning motorists have already endured the most costly Easter and early May Bank Holiday getaways on record.