A DINER was blasted as a "f***ing moaning b***h" after complaining that a hotel didn't take her details for coronavirus track and trace.

Fi Petire, 63, had been dining at the Townhouse Hotel in Melrose, Scottish Borders, when she became worried about the "lack" of coronavirus measures. 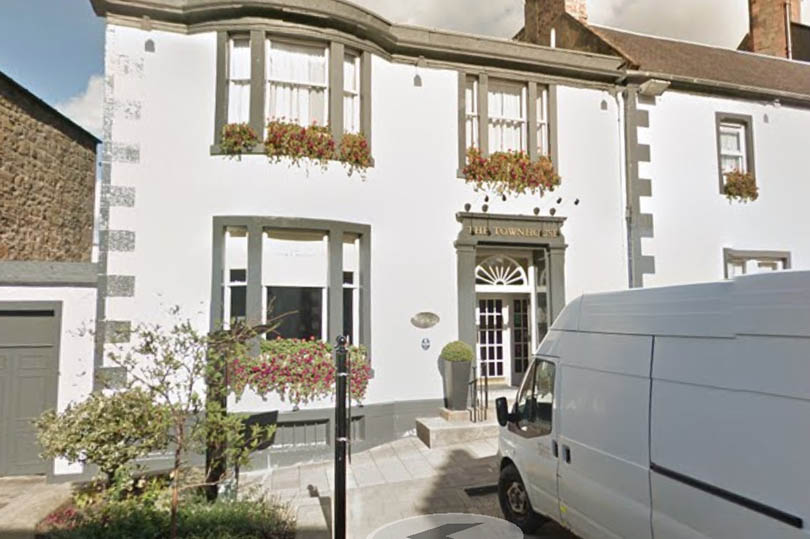 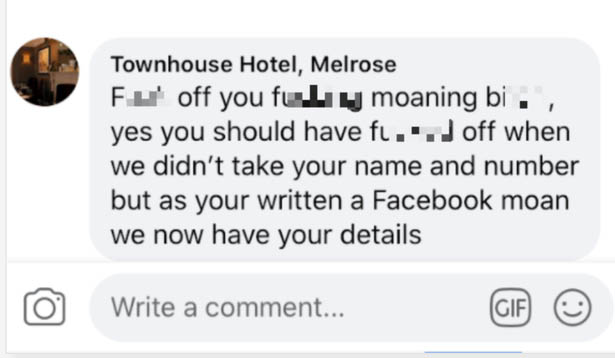 She also complained that her soup had been too cold for her liking.

The customer accused the hotel of failing to take the contact information of people dining there for coronavirus track and trace.

She also said staff weren't spraying tables clean before new customers arrived, instead claiming they were just wiping them down.

However, when the 63-year-old said she didn't recommend the restaurant on Facebook, she was met with a hot-headed response from the hotel owner.

"Yes you should have f*** off when we didn’t take your name and number but now you have written a Facebook moan we now have your details.”

Fi, from the Scottish Borders, was completely shocked at the response.

She said: "I was astounded when I saw their reply, really I was gobsmacked.

"I couldn’t believe it, why invite reviews if you are going to react like that.

“All I was saying was they aren’t doing the Covid-19 checks properly.

"We had a wee table at the door so I thought it was okay but they didn’t ask for our contact information, I didn’t see them spray clean tables in between customers they just wiped them.

"The place was clean but I just thought no you really should be doing this that’s why I wrote the review.

"But the reply was just so unprofessional, I won’t be back."

The owner of the Townhouse Hotel admitted to "blowing a fuse" and asked customers to give the hospitality industry a break.

He added that Fi probably doesn't know "how hard" it is to run a business.

He said: "I’ve blown a fuse after reading the review.

"We do everything to a T in this hotel, we have masks and visors and always wipe stuff down.

"That woman’s experience is not the norm she just slipped through the net but instead of saying ‘you haven't taken my number’ or ‘this soup is cold’ she wrote a bad review.

"This place is much cleaner than a lot around it.

"She probably has never owned her own business or known how hard it is to run.

"Can we not all help each other in times like this instead of writing bad reviews." 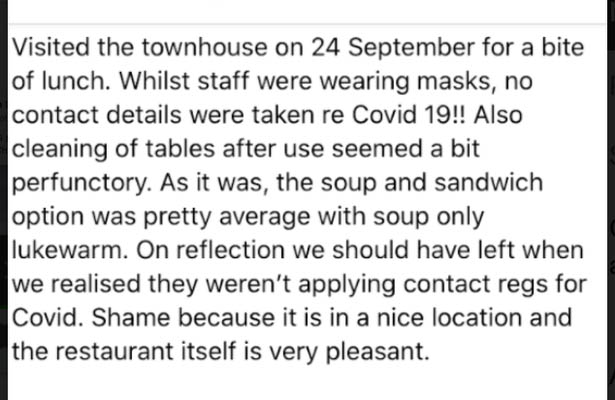