Don’t blame wind power for Britain’s huge power cuts, say scientists as they hit back at speculation that use of renewable energy made blackouts worse

The major blackout that struck Britain was not due to the use of wind generation on the power network, scientists have said.

Almost one million electricity customers had their supplies temporarily cut off during yesterday’s rush hour when a gas-fired power plant and a wind farm went offline almost simultaneously. 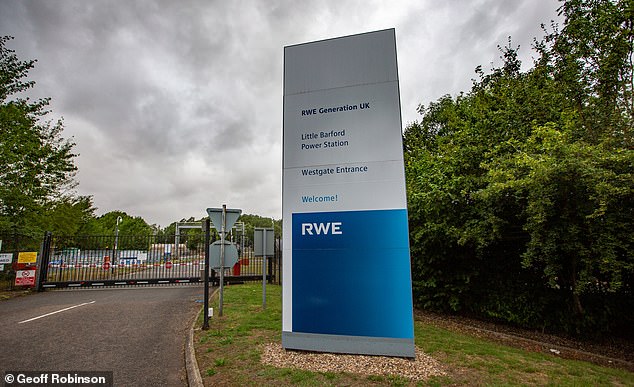 At 4.58pm the gas fired power station at Little Barford, Bedfordshire, pictured, failed causing a major loss of supply to the National Grid 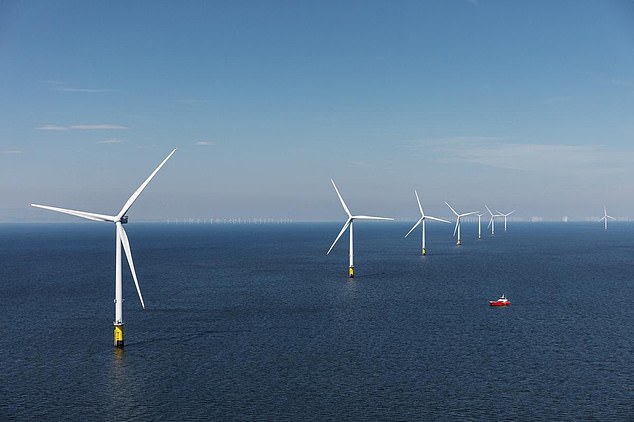 At 5pm the Hornsea Offshore wind farm in the North Sea, pictured, was knocked offline. The national Grid tried to increase power to the network from other generators but were forced to suspend supplies to protect the network. Despite the power loss only lasting 15 minutes, the impact of the blackout is still impacting travel arrangements this morning

He said: ‘[The] first generator to disconnect was a gas fired plant at Little Barford at 16:58.

‘This would seem to be a technical failure [or] error. [It] might be linked to disturbance caused by first generator failing – might not.

‘Will need to wait for National Grid’s full technical investigation to get to bottom of that.’

He said the power loss event did ‘not appear to be due to wind generation reducing owing to reduced wind speed’.

‘If that were the case there’d be reduction across many wind farms in same area,’ he said. 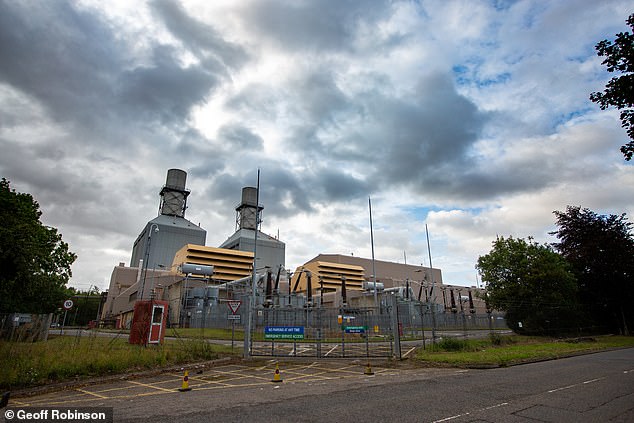 The loss of power at the Little Barford Power station may have tripped the Hornsea Off Shore Wind Farm, forcing the National Grid to cut off supplies to save the rest of the electricity network 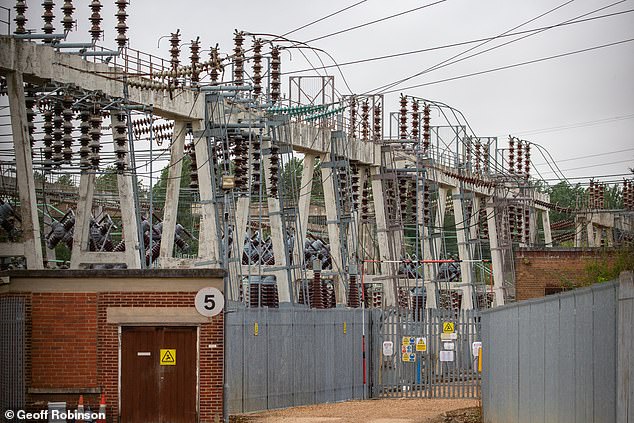 Despite the power only being off for 15 minutes, the interruption caused major delays at airports and railways which were plunged into darkness 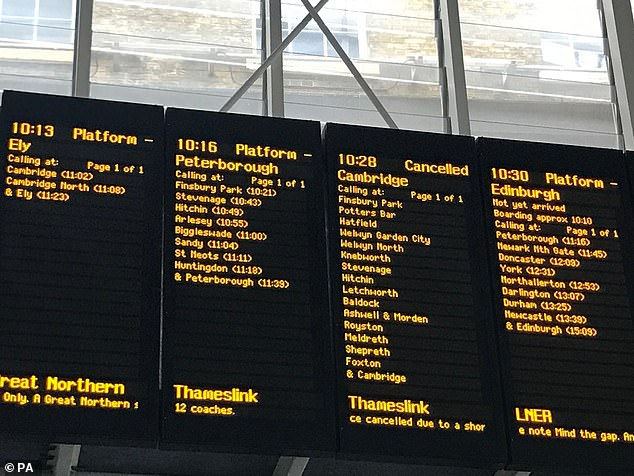 He explained that the loss of two generators would cause a dip in frequency of the country’s AC power system, normally maintained at near 50Hz.

To counter-act this there can be ‘load shedding’ which entails disconnecting some customers from power to keep the rest of the system running.

Professor Keith Bell, expert in electronic and electrical engineering at the University of Strathclyde, said the country’s power systems should be regularly reviewed as the UK sought to cut its carbon emissions.

He said: ‘The nature of the system continues to change with, quite rightly in view of our emissions reduction commitments, more low carbon sources of power being used.

‘This means that the normal operating procedures and the codes and standards that govern the system also need to be kept under regular review, especially in light of our increasing dependency on electricity.’

Professor Bell said that although Friday’s incident was ‘massively disruptive’, it was ‘relatively small’ when compared against recent power cuts in other parts of the world where whole countries can suffer blackouts.

He said: ‘A worst-case outcome of any disturbance for an electricity system operator is that the whole system goes down.

‘Recovery is then massively challenging, not just for users of electricity such as the railway companies but also the power system operators.’

Professor Jon Gibbins, Professor of CCS at the University of Sheffield, and Director of UK CCS Research Centre, noted that solar power was decreasing as the sun went down at the time of the issues hitting the UK grid.

He said: ‘Possibly something didn’t come on reliably to replace the lost solar power at one of these steps, frequency dropped and there was not enough reliable and responsive power sources already up and running to kick back in time before load had to be shed to stop grid frequency dropping too far.

‘And perhaps the low frequency also caused some other generation sources to trip.’

But Professor Gibbins said more data was needed to examine in detail what happened.

Professor Bell said Friday’s incident was similar to an outage in May 2008.

‘However, this time we were kind of unlucky in that it was a deeper drop in frequency so more demand was tripped, and it happened during rush hour,’ he said.

He said that there was ‘no indication’ that the power cut was due to a lack of investment in major infrastructure.

‘Also, there is no indication that this is anything to do with the characteristics of wind as a source of electrical energy,’ he added.

‘Even if, as some reports are saying, one of the two ‘loss of infeed’ events was at Hornsea wind farm, it seems likely, based on the frequency trace that colleagues at Strathclyde have available from the lab, that it was due to something like a fault on the connection to the main grid rather than due to any changes in wind speed.’