POLICE swooped in to form a ring of steel around Michael Gove today after he was swarmed by screeching anti-vaxxers.

The high-profile Cabinet Minister was walking in Westminster when he was targeted by a frenzied mob who rushed him. 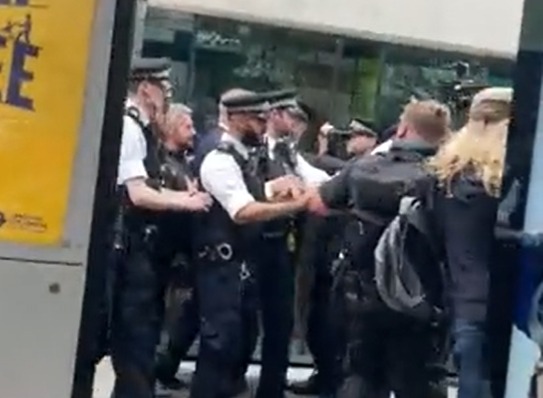 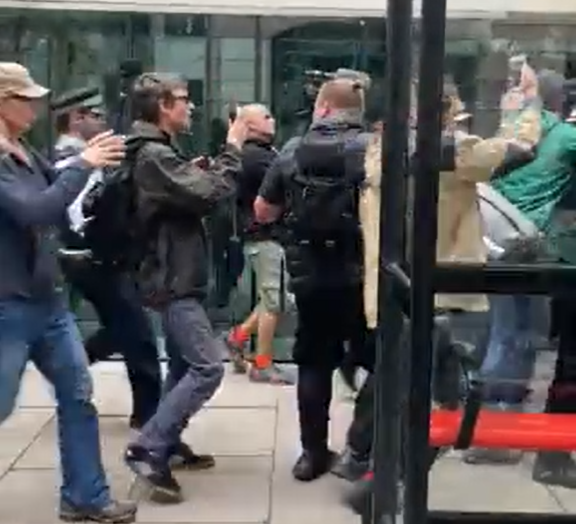 A squad of cops – who routinely patrol the roads around Government buildings – darted in to shield the Tory from "pro-freedom" protesters.

MPs' safety has been ramped up the agenda in recent days following the murder of Conservative Sir David Amess.

Footage shows Mr Gove walking alone with a coffee from nearby cafe Ravello and briefcase by the Home Office building.

After spotting the Housing Secretary yobs start screaming at him that he's a "f***ing f**ny" and try to block his path.

The thugs then start hollering "we shall not be moved" as they face down Met Police officers who then escorted Mr Gove away.

A source close to Mr Gove said: "Michael's fine now. He's just grateful the police were on hand to help."

Brendan Cox, widower of murdered MP Jo Cox, tweeted: "These aren’t ‘freedom protesters’ they are trying to intimidate him for likes on social media.

"They chant “do your job”, while stopping him from getting back to work. This isn’t protest it’s pathetic."

Protesters often gather outside Parliament, and while mostly peaceful there have been ugly scenes of them screeching at MPs in recent years.

Journalist Nick Watt was also forced to flee into Downing St this summer after being harangued by anti-vaxxers.

Fresh demands for MPs to receive greater protection have reignited in the wake of Sir David's fatal stabbing last Friday.

He was attacked while holding a constituency surgery in a church in Southend.

Scotland Yard tweeted: "We're aware of a protest in Westminster today which is marching to a number of locations.

"During this protest, a group attempted to surround a Member of Parliament on Horseferry Road.

"Our officers were immediately on scene where they safely escorted him to a nearby building." 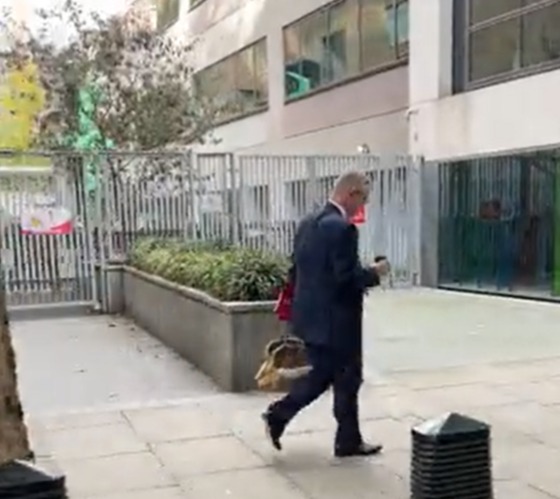