A car which boldly ploughed straight into a flooded road had to be pushed to freedom.

Dave Cundy, 46, was flying his drone above the flooded fields and road in Sileby, Leicestershire, when he spotted the car.

He said he followed the motor as it drove through two sections of floods before it prepared to attempt a third.

The footage shows the car reversing before attacking the water at speed in an unsuccessful attempt to clear it.

The red car makes it to about halfway before coming to a standstill as water rises around it.

Two people are then seen with their trousers pulled up wading through the water towards the car. 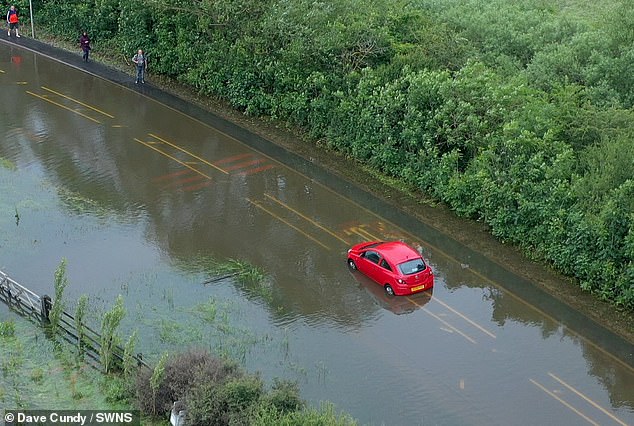 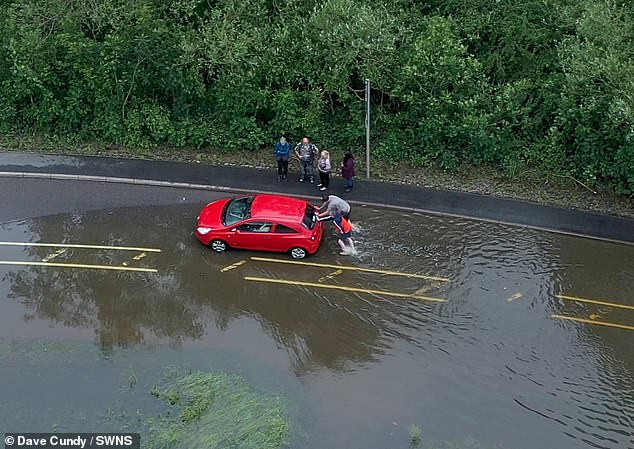 It is not clear if the men are known to the driver but they can be seen kindly pushing the car to safety.

The Environment Agency has warned drivers not to drive through flooded sections of road and said just 30cm of water could float a family car.

Dave, a photographer and IT worker from Sileby said: ‘I saw them go through some flooded patches already and I thought ‘I’ll see how they get on’.

‘They got stuck and had to get out to push.’