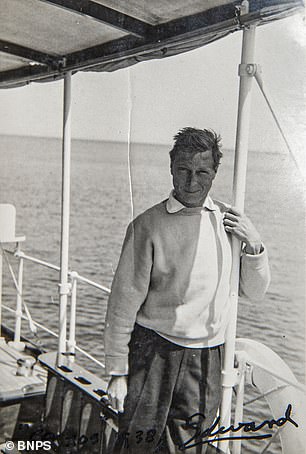 A signed photograph of King Edward VIII on a yacht. The former king was in close contact with Nazis during the lead up to World War II, a new history documentary will allege.

Edward VIII encouraged the Nazis to bomb Britain into submission in World War Two and crown him as King.

The former king, who abdicated in 1936 to marry the divorced American socialite Wallis Simpson, also passed information to Germany that aided the fall of France in 1940, according to a new documentary.

The programme, Edward VIII: Britain’s Traitor King, will air on Channel 4 on March 27 and is based on the work of historian Andrew Lownie.

It uses evidence such as captured German documents that are held in the Royal Archives to support the claims.

The damning allegations come after years of academic research into how close to the Nazis the Duke of Windsor was and the effect of his friendships on the war.

The documentary details how the Duke gave information on weaknesses in the French military to a Nazi informant, according to the Daily Telegraph.

The former King was living in Paris and had written four reports on the French First Army describing its poor leadership and morale.

The reports were ignored by British officials but captured German diplomatic cables showed that Edward then gave the information to his close friend, Nazi informant Charles Bedaux.

The subsequent German invasion of France targeted the weaknesses Edward had identified.

During the invasion, Edward and Mrs Simpson fled to Lisbon, Portugal where they socialised with German agents and sympathisers. 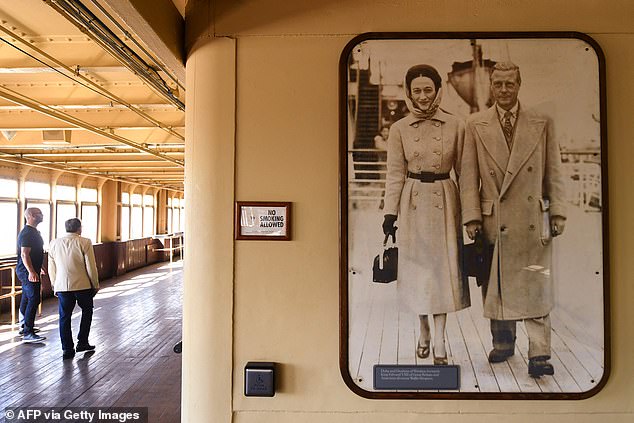 A photograph is displayed of the Duke and Duchess of Windsor, formerly King Edward VIII of Great Britain and Wallis Simpson 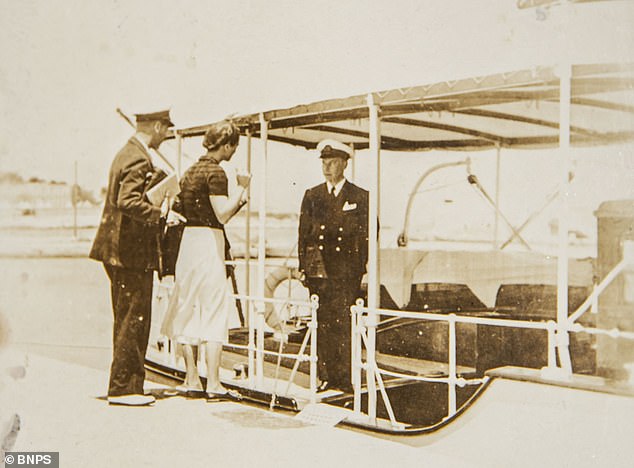 King Edward VIII and Wallis Simpson enjoying a luxurious Mediterranean cruise in the wake of the abdication crisis, which saw King Edward give up his throne for George VI

In another captured diplomatic cable from the German ambassador to Portuguese authorities, the Duke is said to have told representatives of Francoist Spain that ‘continued severe bombing would make England ready for peace’.

Then-Prime Minister Winston Churchill removed the Duke from Europe, making him the Governor of the Bahamas.

While travelling there, Edward sent a coded telegram to a Nazi associate saying he was willing to return to Europe.

Dr Lownie argues that this indicates Edward was aware of Operation Willie, the German plan to put the Duke back on the throne as the head of a puppet state.

The allegations are also detailed in Dr Lownie’s upcoming book Traitor King, which will be published in May.

The documents used by Dr Lownie as evidence have been in the Royal Archives for decades but a recent policy change allowed greater access for researchers with new documents emerging. 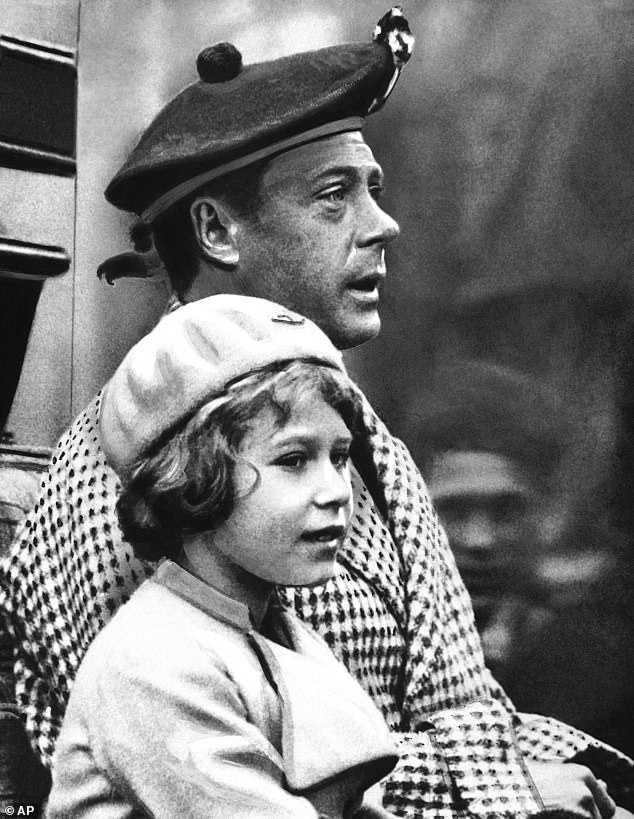 Britain’s Princess Elizabeth rides with her uncle, Prince Edward, during a visit to Balmoral, Scotland, 1933