A young girl is lucky to be alive after her electric skateboard burst into flames while being charged in her bedroom as she slept.

The 12-year-old girl left her electric skateboard charging in her room at her family’s home in Yamba, a coastal town in far north New South Wales, and went to bed.

At about midnight on Tuesday, the electric skateboard’s Lithium-ion battery exploded into flames spewing toxic fumes through the Cameron St home. 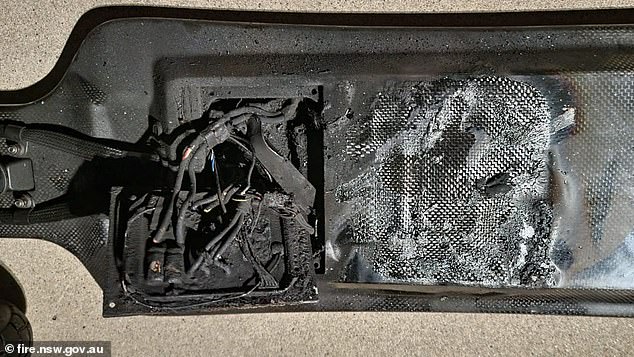 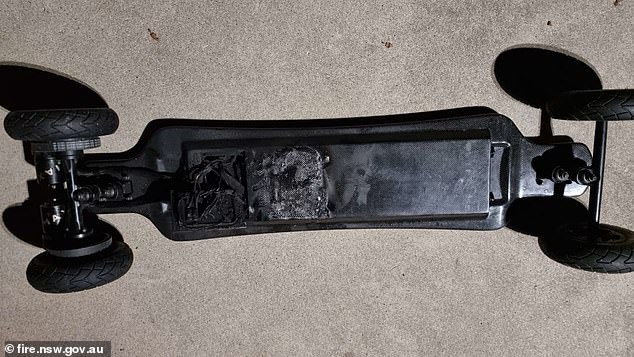 The girl had put her e-skateboard on charge in her room before going to bed (pictured). She was woken up by the crackling sound of the fire and was later taken to hospital after suffering from severe smoke inhalation

The girl was woken up by the crackling sound of the fire and alerted her family.

The family-of-five safely made it out of the home as Fire and Rescue NSW (FRNSW) crews from Yamba, Maclean and Grafton arrived to extinguish the blaze.

The young girl was taken to hospital after suffering a severe case of smoke inhalation.

Firefighters discovered the home’s smoke alarm was missing a battery and not working when the electric skateboard caught on fire.

FRNSW has urged all Australians to check their smoke alarms to ensure they are in working order.

Christmas shoppers are also being warned to use caution when purchasing Lithium-ion-powered devices including e-bikes, e-scooters and e-skateboards.

Lithium-ion-powered devices include micro-mobility vehicles, such as e-bikes, e-scooters, e-skateboards

· Carefully and lawfully dispose of any battery that short-circuits, malfunctions and/or suffers a system fault/s

· Be aware of defects or contamination introduced during manufacture