ELON Musk has shared a cryptic tweet about rodents after claims that he had an affair with the wife of Google co-founder Sergey Brin.

Following reports of the tryst with Brin's wife Nicole Shanahan, Musk tweeted out an article about the lemming mass suicide myth on Sunday night. 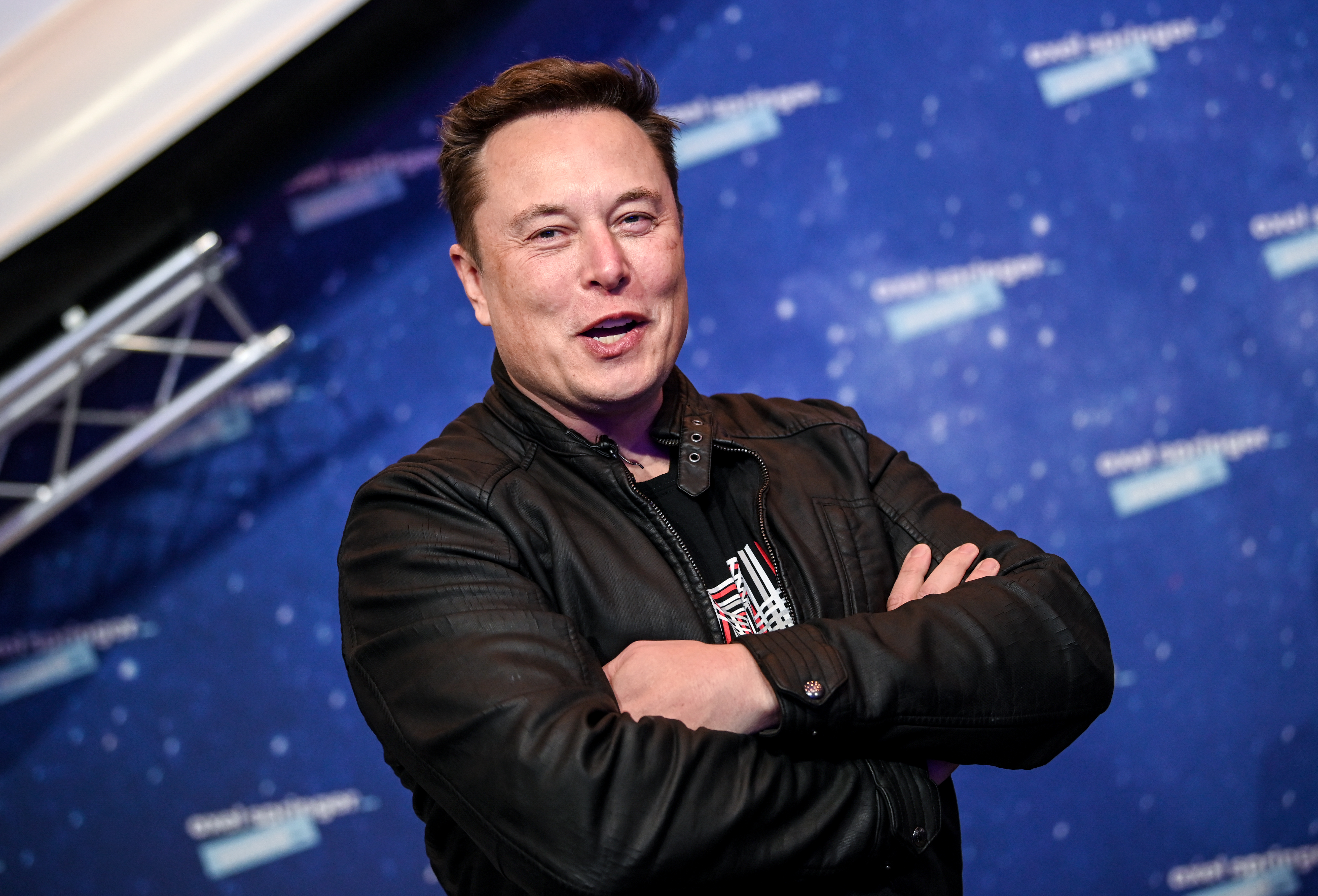 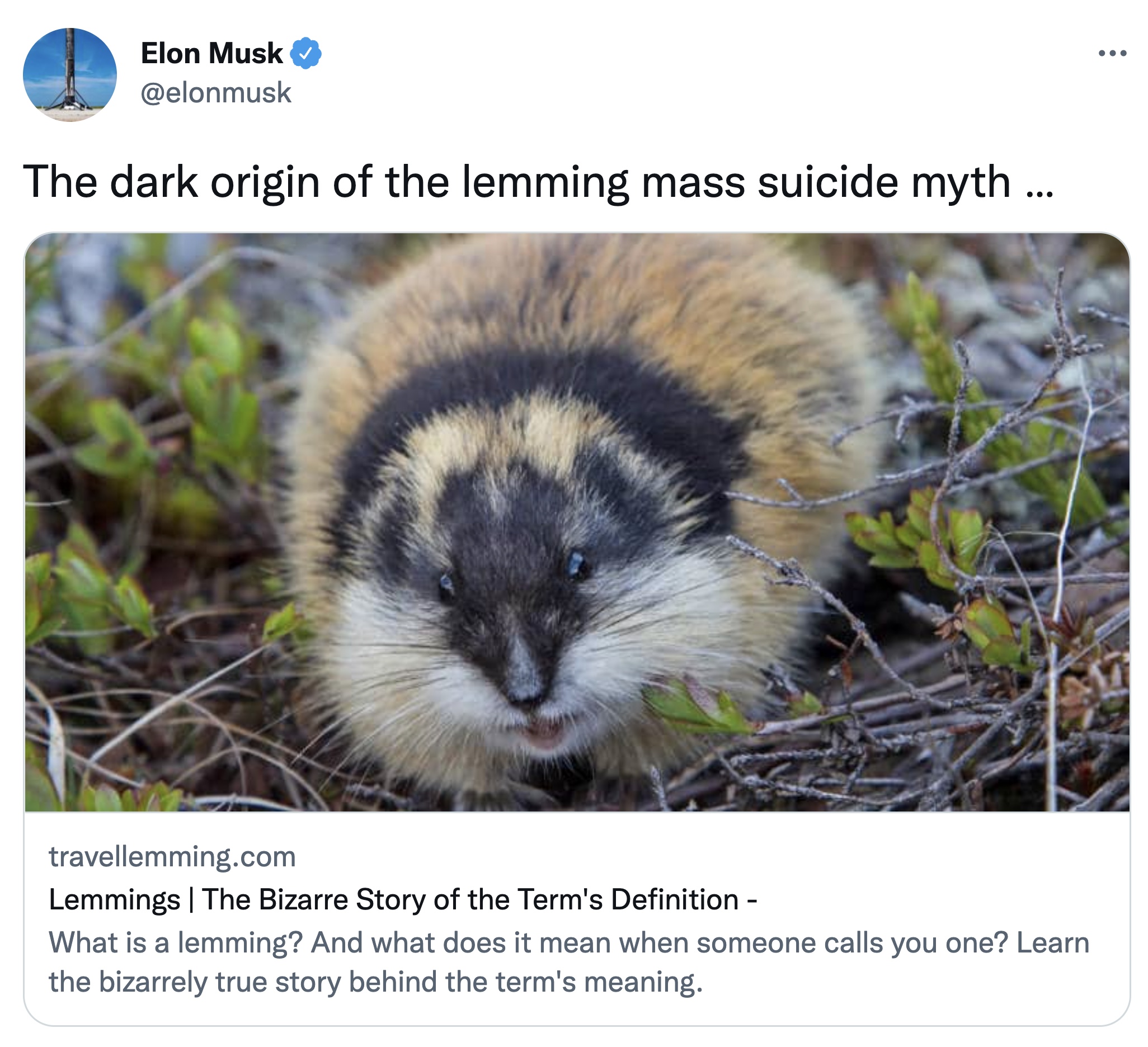 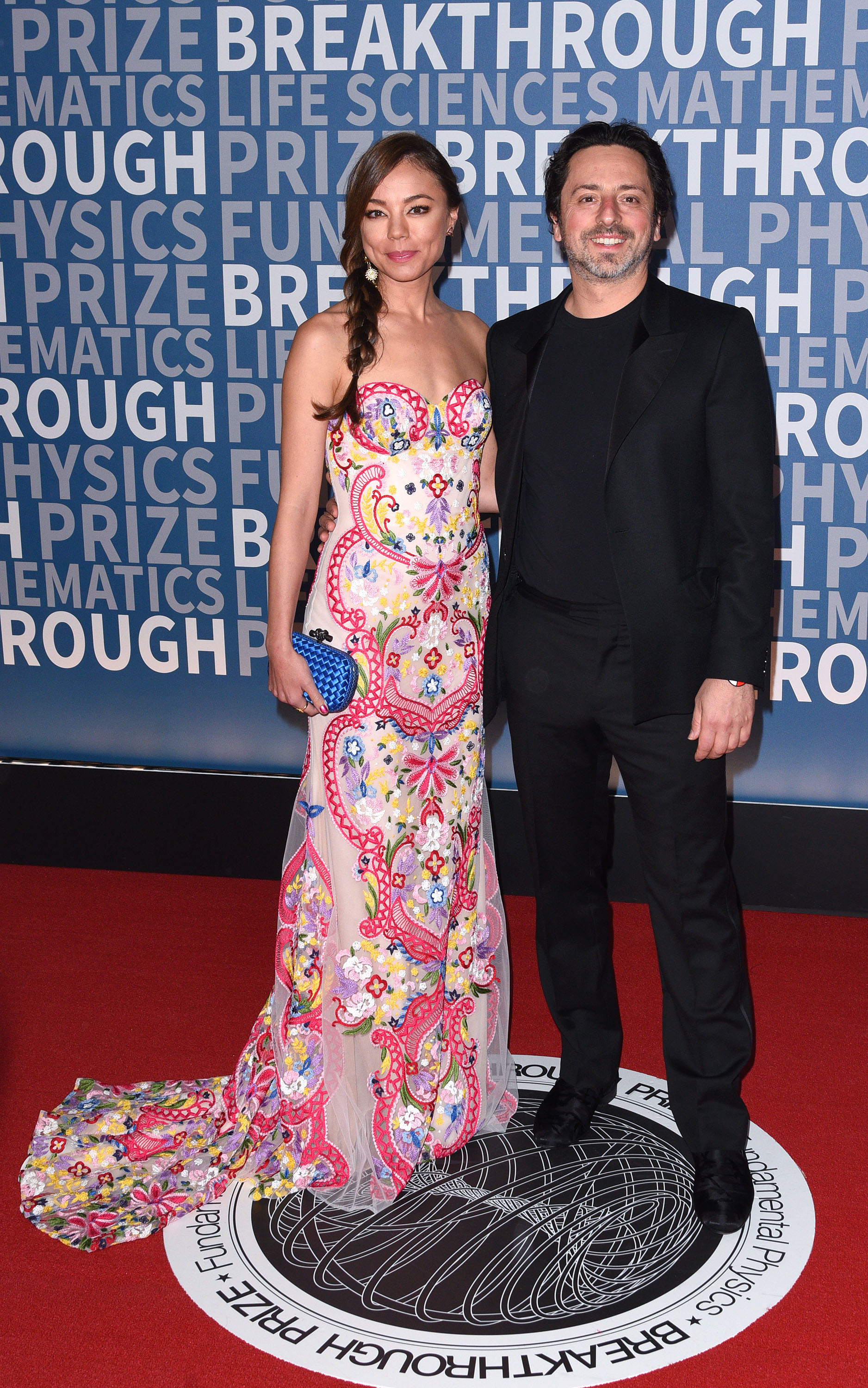 "The dark origin of the lemming mass suicide myth …" Musk wrote in the tweet, which included a link to an article from travellemming.com.

The alleged affair reportedly prompted Brin, 48, to file for divorce earlier this year, according to a report from the Wall Street Journal, which revealed the alleged dalliance in a bombshell report on Sunday.

According to the media outlet, the purported affair also put an end to a long-standing friendship between the tech billionaires.

Musk, 51, is the richest person in the world with an estimated fortune of $240 billion, while Brin is ranked eighth world-wide with a $95 billion fortune, according to the Bloomberg Billionaires Index. 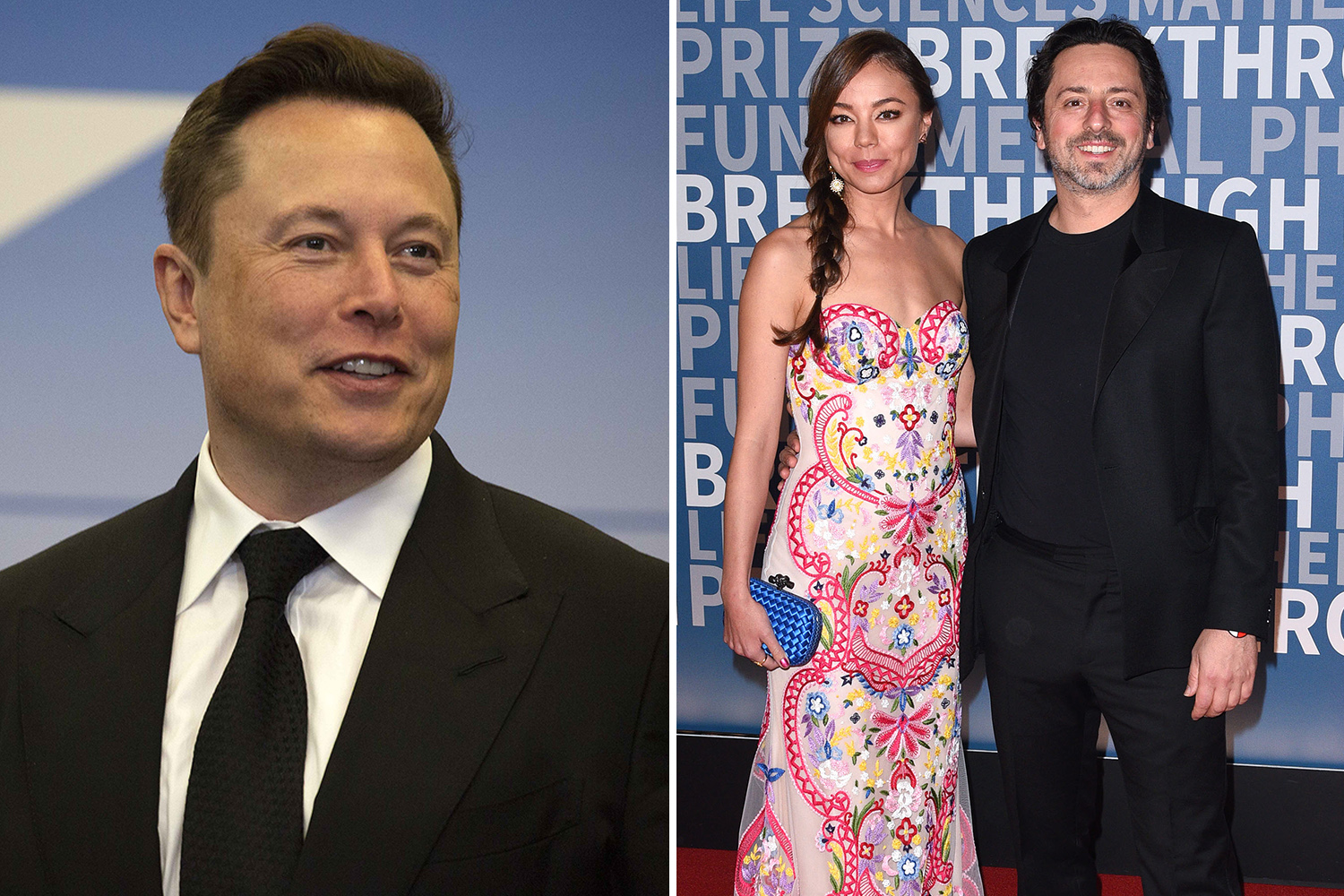 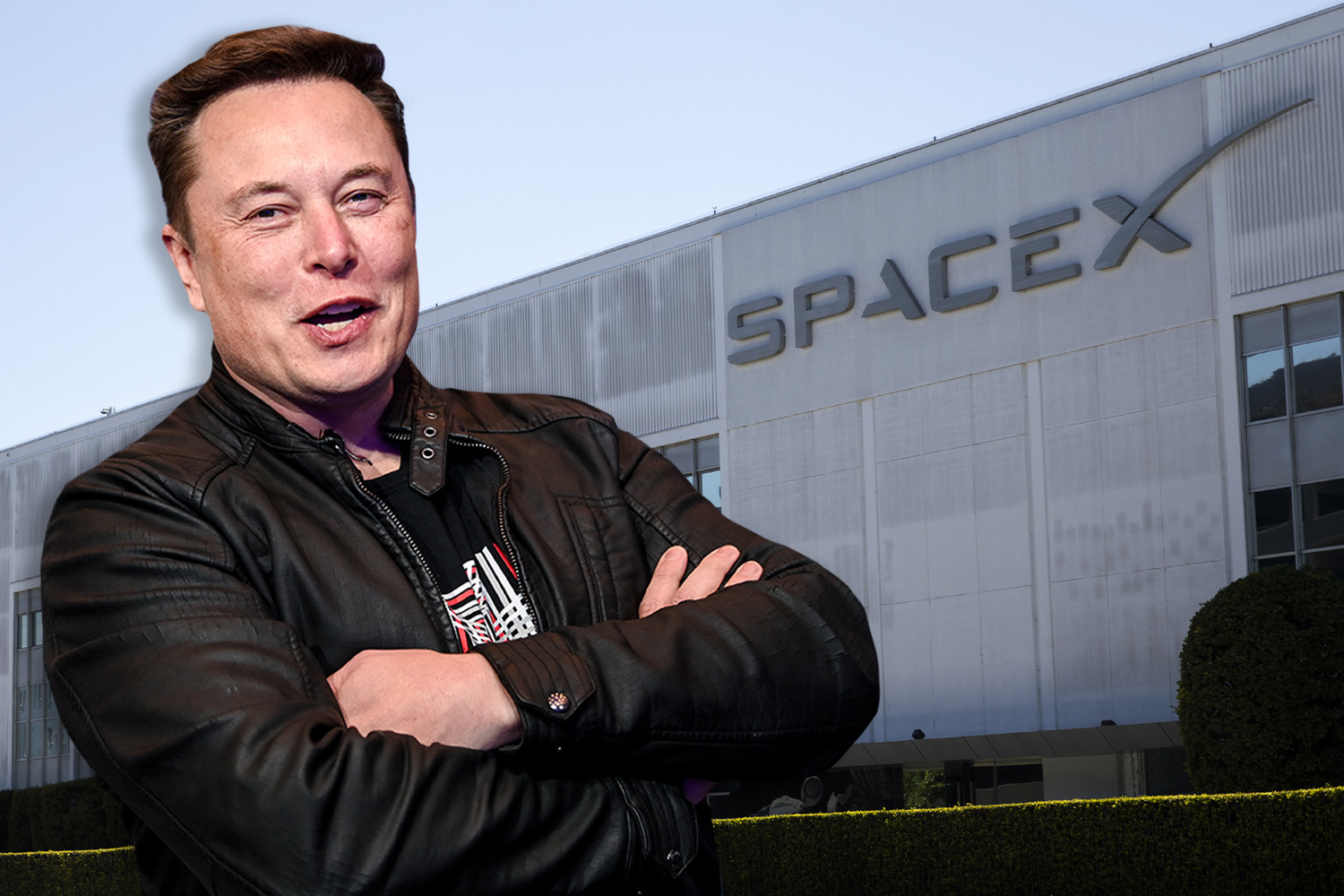 The men were long-time friends, with Musk saying he regularly crashed at Brin’s Silicon Valley mansion.

Tensions between the two tech titans have been growing over recent months, according to the Journal's sources.

The divorce filing was reportedly made just weeks after Brin learned of the brief affair.

At the time of the alleged liaison in early December Brin and his wife are said to have separated but still lived together, according to a pal of Ms. Shanahan.

In the divorce filing, Brin cited December 15, 2021, as the date of the couple’s separation.

In an interview earlier this month with the news website Puck, Shanahan said of the divorce: “I hope for Sergey and I to move forward with dignity, honesty and harmony for the sake of our child. And we are both working towards that.”

The alleged affair with Musk is said to have taken place in early December 2021, at the Art Basel event in Miami.

The event takes place over a number of days and attracts wealthy attendees from all over the world.

Musk is said to have dropped to one knee in front of Brin at a party earlier this year and begged for forgiveness.

Brin is said to have acknowledged the apology but still isn’t speaking regularly with Musk.

The alleged affair is said to have happened after Musk broke up with on-off girlfriend, the singer Grimes, in September.

Grimes, whose real name is Claire Boucher, and Musk had a second child, a daughter, via surrogate in December 2021.

Brin and Shanahan, who have been married for nearly four years, are said to have met at a yoga retreat called Wanderlust around seven years ago.

Brin had been previously married to Anne Wojcicki, co-founder of genetics company 23andMe Inc., and Shanahan to a finance executive.

Brin and Shanahan’s marriage was already facing problems in the fall of 2021 – partly due to the Covid pandemic shutdowns and the care of their three-year-old daughter, the Journal reports.

Brin and Shanahan are now said to be involved in divorce mediation, with Shanahan thought to be seeking more than $1bn.

The two sides have not reached an agreement, it's claimed.

Brin’s side is thought to be arguing that Shanahan is asking for more money than her prenuptial agreement entitles her to.

Shanahan’s side reportedly believe her request is only a fraction of Brin’s $95bn fortune and that she signed the prenuptial agreement under duress.

Brin co-founded Google, which is now part of Alphabet Inc, with Larry Page in 1998.

Both Brin and Page stepped down from management of Alphabet in 2019 although both remain on the board.

Musk is the chief executive and chief engineer of SpaceX, a company he founded in 2002.

He is also the chief executive of Tesla.

A lawyer for Brin declined to comment when approached by the WSJ.

Musk has again been in the spotlight after a string of personal and business issues.

He has faced manufacturing problems with Tesla and a court battle over his wish to back out from a $44bn bid for the social media site Twitter.