A former public schoolboy who swindled a close friend out of almost £20,000 after he became hooked on gambling has been spared jail.

Over a three-week period in October 2018, Siddique, of Oakamoor, Staffordshire, squandered £19,399 on betting, draining his friend’s bank account and leaving him with just £300.

A court heard that Mr Brereton only learned the truth when Siddique sent him a WhatsApp message confessing: ‘Mate, I f***ed up. I will pay it back. Gambling got out of hand. I f***ed up.’ 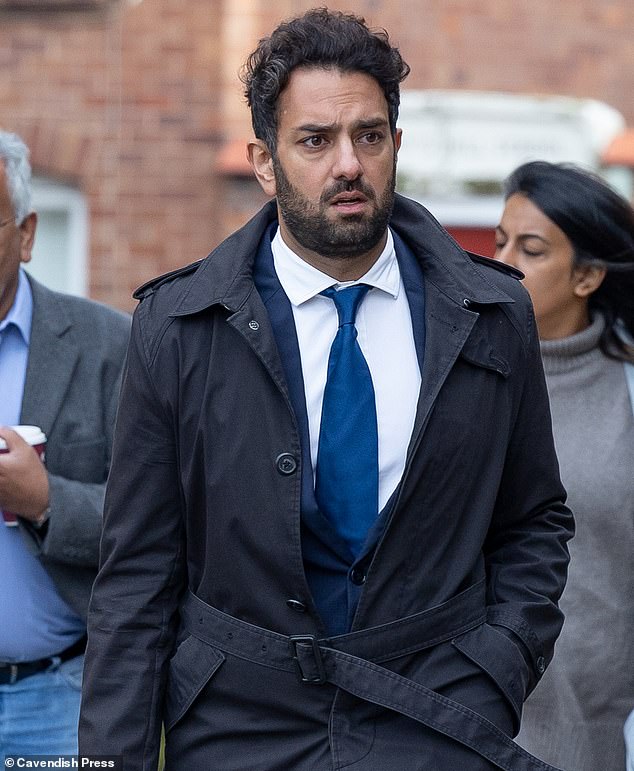 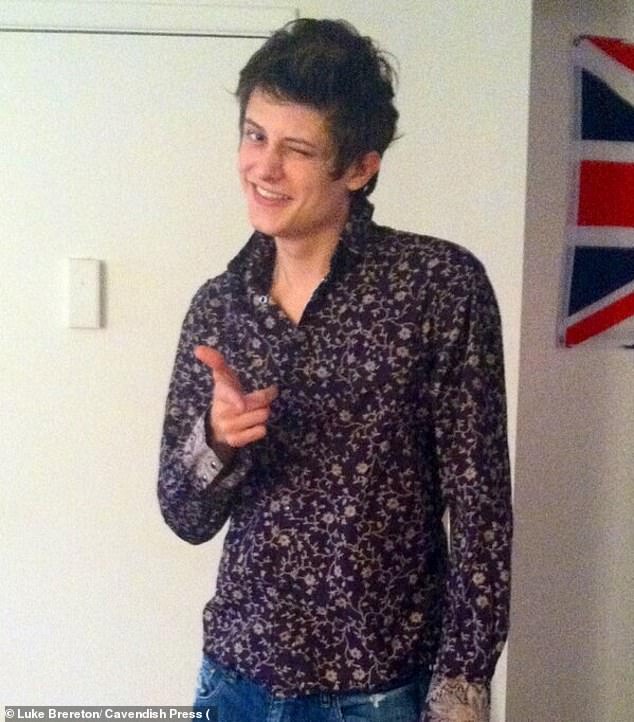 Victim Luke Brereton (pictured) is an internationally-renowned British poker player, who was swindled out his ‘entire UK net worth’ of £20,000 by his close friend Amer Siddique, 38

Mr Brereton, in his 30s, said in a statement to police: ‘At first I questioned my own sanity as I did not know how this could have happened.

‘I’m heartbroken as Amer was such a close friend. I consider myself a loyal and trustworthy person but I feel this was misplaced with him.’

He added: ‘Being a professional poker player may seem to an outsider to be easy money – but it’s not.

‘I have worked very hard to develop and keep a hold of it and it takes years of building and sacrifice. The money in that bank account was my entire UK net worth.’

The court heard that Siddique had worked as a sports trader and then recruitment boss for betting companies such as Bet365, Superbet and Sky Betting and Gaming. 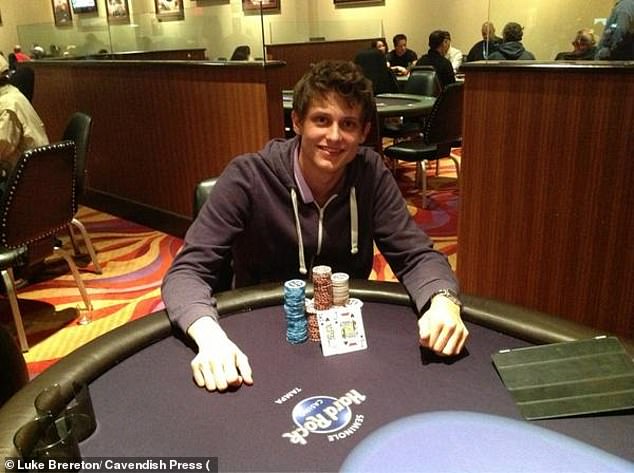 Professional poker player Luke Brereton (pictured) said the money stolen from his bank account by Amer Siddique took ‘years of building and sacrifice’. He has still not been paid back

The thefts occurred in October 2018 when Mr Brereton was in the UK to celebrate his birthday ahead of a tournament in Los Angeles.

The court heard that Mr Brereton and Siddique had been ‘very close friends for a number of years’, including going on holiday together and staying at Mr Brereton’s family home in Prestbury, Cheshire.

Chris Hopkins, prosecuting, said: ‘On October 9, 2018, the defendant stayed with Mr Brereton at his family home. The next day, Wednesday 10, they went for lunch together and during the course of the lunch the defendant booked a train ticket for Mr Brereton using Mr Brereton’s debit card.

‘Mr Brereton simply thought that his friend was helping him out by booking a train ticket for him. But while doing so, Mr Siddique obtained Mr Brereton’s bank details which enabled him to open an account with William Hill.

‘It was not until the end of the month that Mr Brereton noticed that something was wrong and that the money was missing. He had gone back to America when he noticed the transactions to William Hill. 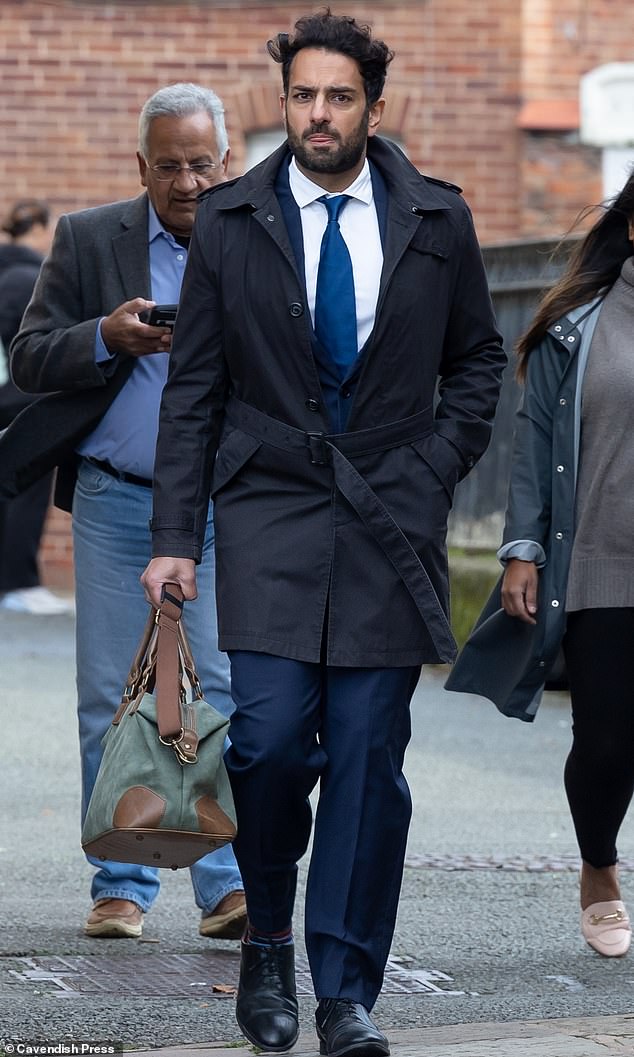 ‘He immediately contacted them to stop money being taken from that account and told them that the card was being used without his authorisation. He told them to close all accounts in relation to that bank card.

‘On November 16, Mr Brereton received a WhatsApp message from Mr Sidique saying: ‘Mate, I f***ed up. I will pay it back. Gambling got out of hand. I f***ed up.’ It was only then that Mr Brereton realised what had happened.

Mr Brereton initially contacted police about the theft in December 2018 but that it did not go any further at the time. He had returned to the US and was unable to make a statement and was further delayed due to Covid. The poker player did, however, instigate civil proceedings last year and provided a statement to police in January of this year following which Siddique was interviewed in April.

Mr Hopkins said that Siddique ignored messages from his friend on WhatsApp and blocked him on social media. The prosecutor added that the defendant had made a large number of transactions on his card, in excess of 100, between October 11 and 13.

Mr Hopkins continued, ‘Obviously Mr Brereton was very distressed and was heartbroken not least because Mr Siddique was a close friend.

He did not think he would get his money back and became depressed.’

In mitigation defence counsel Julian Farley said his client had been undergoing rehabilitation for his gambling addiction, but was now planning to pay the money back.

‘He lost his job and then went into rehabilitation,’ Mr Farley said, ‘He went into two rehabilitation places for the best part of eight months. He was then in receipt of benefits for two years until he started work around this time last year.

Mr Farley added that Siddique now earns £2,500 per month before tax, and with assistance of others he has saved up £6,000 ready to pay to the county court.

‘Perhaps he could have been more proactive. If he had paid it back or at least part of it he would not have found himself in court today. There is a realistic prospect of Mr Siddique being rehabilitated and an immediate custodial sentence would have an effect on his ability to repay Mr Brereton and also on his six-year-old daughter.

‘He spends time with her every other weekend and during the summer holidays.. He clearly regrets what has happened. It is an unpleasant offence to do that to a friend and he knows that. He has let himself and his family down and he has lost a lifetime friend he has enjoyed spending time with.’

Sentencing the judge Miss Recorder Katherine Pierpoint said: ‘The victim of the fraud is your old friend of a number of years. You have been on holiday with him and you have stayed in the family home.

‘He trusted you so when you booked a train ticket for him he was quite happy as he was eating a meal to let you use his card details. Never did he dream that you would take that advantage to steal from him. You then opened an online gambling account and helped yourself time and time again to money on his account.

‘He said you had taken all he had from his UK bank account. Whilst he may have had money abroad that was all he had in the country. You left him with a small amount. He gave you opportunities to pay it back. You had still not paid it back by January of this year.

‘You said that you had gambling problems back then in 2018 and you accepted that what you did was perhaps the wakeup call you needed, that you did need help. ‘You underwent rehabilitation for three months and then stayed at a dry house.

‘It is a great shame that you did not make more of an effort to pay back your friend what you stole from him. Not only has the offence caused the victim financial hardship, but it was also a complete breach of trust.

‘He was left heartbroken by the fact that money was taken from him by someone he viewed to be a good friend. ‘Your parents are here to support you and I’m sure that you have put them through years of worry and distress.’

Just £300 was left in the Brereton’s UK account and four years on, no money has been paid back.

Saddique, who was educated at the £31,548 a year Denstone College in Uttoxeter, Staffordshire, was handed a 12-month community order with requirements that he carry out 150 hours of unpaid work after the court heard he had been getting help for his gambling issues.

He was further told to undertake 20 days of rehabilitative activity with the probation service and pay £425 prosecution costs. He is currently working as a business consultant for an IT firm.

Siddique will face a Proceeds of Crime Act hearing later.

According to his LinkedIn page after leaving Denstone where former pupils include Naked Civil Servant writer Quentin Crisp he studied business at Salford then read economics at Leeds Beckett University.

After working at William Hill and Sky Betting he moved to Dubai where he worked as a male model and one-time TV presenter before moving to Bet365 as sports trader.

He was head of sports and gaming at Leeds-based recruitment firm Goodall Brazier before being appointed Global Head of Talent Acquisition at Superbet.