‘Excessive’ apartment plans rejected, as one of the city’s worst eyesores lives on

One of Melbourne’s worst eyesores will continue to blight the city streetscape after a planning application was rejected for apartments on the site of the former Cancer Council offices.

The dilapidated building, at the corner of Rathdowne and Victoria Streets in Carlton, has fallen into in a worsening state of disrepair since it was sold to developers by the charity almost 10 years ago.

In 2017, the building’s new owners were issued with a clean-up notice by the City of Melbourne after it became infested with rodents and littered with human waste from squatters. 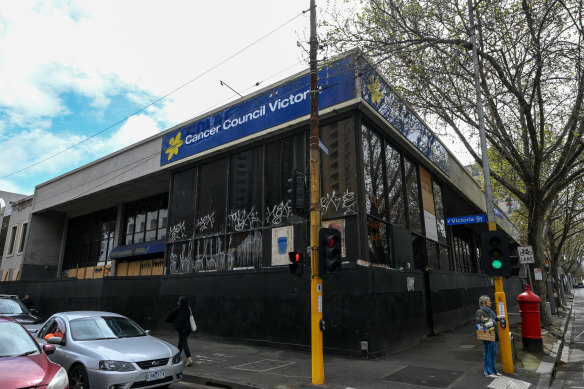 The boarded-up property on a prime location at the gateway to the CBD and just across the road from Carlton Gardens has continued to decay since then.

There was a prospect that the building may soon fall victim to the wrecking ball, but City of Melbourne planners have rejected a proposal to demolish the graffitied structure and replace it with 77 apartments and a 13-storey tower. The proposed development, estimated to cost $80 million, also includes space for offices and a cafe.

Council officers decided that the development, at an “excessive” 46 metres tall, would have dominated the surrounding area and had an unreasonable impact on Carlton’s character.

The building’s height was also seen as unacceptable due to the property’s proximity to the Royal Exhibition Building and Carlton Gardens, which is on the UNESCO world heritage list.

The streets around Carlton Gardens are included in the World Heritage Environs Area, which protects views of the precinct from being impeded by developments.

Planners said the proposed height and forms of the building would “deeply erode” the scale and low-rise nature of the surrounding neighbourhood.

Victoria Street was also identified as a “clear edge” between low-rise Carlton and a denser CBD. 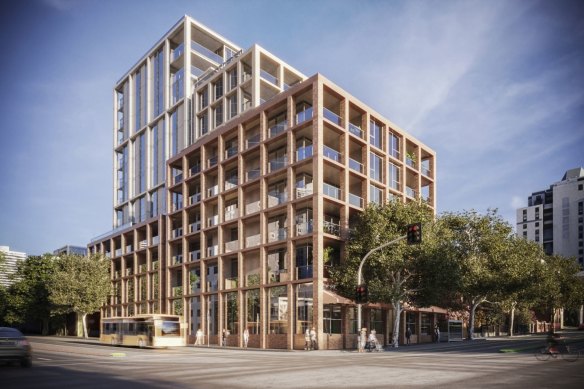 Artists impression of a development on the former Cancer Council building at the corner of Rathdowne and Victoria Streets in Carlton.Credit:

From 1888 to 1971, well before the Cancer Council established its offices there, the property was the site of the six-storey Queens Coffee Palace that was demolished during an era when many heritage buildings were knocked down.

The application for the latest development was lodged by Royal Garden Manor Pty Ltd in May this year. Company records show the sole director is Chinese tycoon Wang Hua, who reportedly bought the building for more than $20.6 million in 2013.

The council said several key changes were needed for the application to get its support, which included lowering the height of the tower from 13 storeys to seven and reducing the number of car spaces from 187. The planning scheme specifies a maximum of 84. 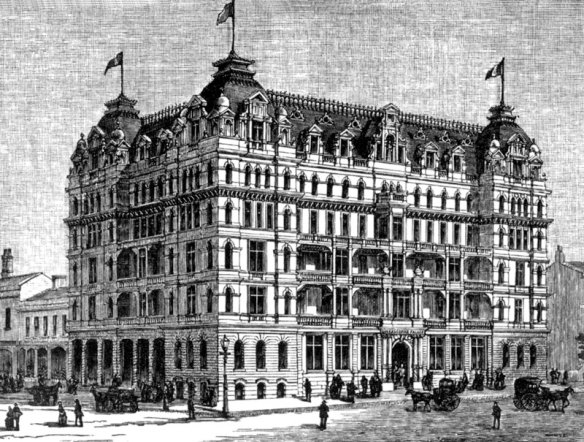 The Queens Coffee Palace, on the corner of Rathdowne and Victoria Streets in Carlton, was demolished in 1971. Credit:State Library of Victoria

“The former Cancer Council building on Rathdowne Street is one of the great eyesores of the city,” he said.

“While it was heartening to see a proposal to redevelop this site, the application failed to meet a range of requirements laid out in the Melbourne Planning Scheme – including height, open space and parking. 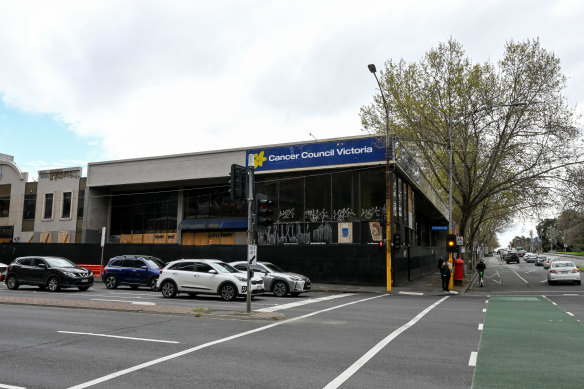 The building was sold to developers in 2013.Credit:Eddie Jim

“Melbourne must aim higher to protect our streets and world-class heritage precincts from overdevelopment. This is a UNESCO-listed, world-heritage-listed precinct, it is important we get it right.”

The application received 63 objections. The developers were unable to be contacted.