An experimental Alzheimer’s drug slowed cognitive and functional decline by 27 per cent in a closely watched clinical trial, the sponsors of the medication said Wednesday, increasing the therapy’s chance for approval as soon as early next year.

Japanese drugmaker Eisai and its American partner, Biogen, in a news release said the slowing of deterioration, compared with a placebo, was “highly statistically significant.” They said the drug, called lecanemab, had met the primary and secondary goals of the 18-month late-stage study. The trial results have not undergone peer review. 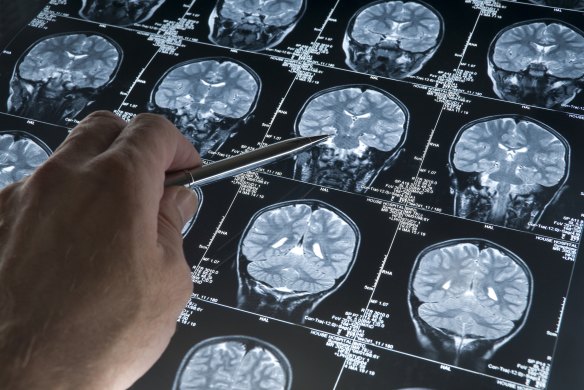 The upbeat news served as a stark contrast to the calamitous rollout last year of another drug, marketed as Aduhelm, sponsored by the two companies.

Like Aduhelm, lecanemab reduces abnormal clumps of beta amyloid, a hallmark of Alzheimer’s. But unlike Aduhelm, for which the data was confused and conflicting, the trial results for lecanemab told a straightforward and encouraging story, some experts said. Aduhelm was approved by the Food and Drug Administration, but Medicare refused to cover it broadly, and the drug collapsed in the marketplace.

“A 27 per cent slowing of deterioration seems like a modest effect, but for patients with Alzheimer’s, this could be very meaningful,” said Gil Rabinovici, a neurologist at the University of California at San Francisco.

The trials for Aduhelm were shut down before they were completed, and a post-hoc analysis raised a raft of questions. But the lecanemab trial, called Clarity AD, was “completed according to protocol” and shows that “lowering amyloid at this stage can translate into a slowing of clinical decline,” Rabinovici said. “That is a huge breakthrough.”

Some other experts cautioned that the benefits of the drug were likely to be small and said they wanted to see the full data before reaching conclusions.

The companies have already applied to the FDA for accelerated approval for lecanemab, based on earlier-stage data. The FDA’s deadline for a decision is January 6. The firms said the FDA has agreed that the results of the Clarity AD trial can serve as the confirmatory study to verify the clinical benefit of lecanemab. That process will continue to go forward.

But Eisai officials said Tuesday they will also seek full FDA approval for the drug after they get the expedited approval. Full approval would make it much more likely that the treatment would be covered by Medicare and other insurers.

Eisai, which is taking the lead in developing the drug and working with regulatory authorities, said it will present the full results of the study in late November at an Alzheimer’s conference in San Francisco. The results also will be published in a medical journal, the company said.

Officials said the clinical trial participants were tested in several areas to gauge the pace of their decline, including memory, orientation and problem solving. Starting at six months, the companies said, the group that received the treatment did better than the placebo group. The treatment was administered intravenously twice a month.

The lecanemab group experienced side effects including brain swelling and bleeding – complications of anti-amyloid therapies – but the rates were within expectations, the companies said in the release.

Eisai officials also said the results showed that the “amyloid hypothesis” – which holds that removing amyloid plaques can slow the progression of the neurodegenerative disease – is valid. Critics have expressed skepticism about that approach because of multiple failures involving drugs targeting amyloid.

The trial results “prove the amyloid hypothesis, in which the abnormal accumulation of [beta amyloid] in the brain is one of the main causes of Alzheimer’s disease,” said Haruo Naito, Eisai’s chief executive officer.