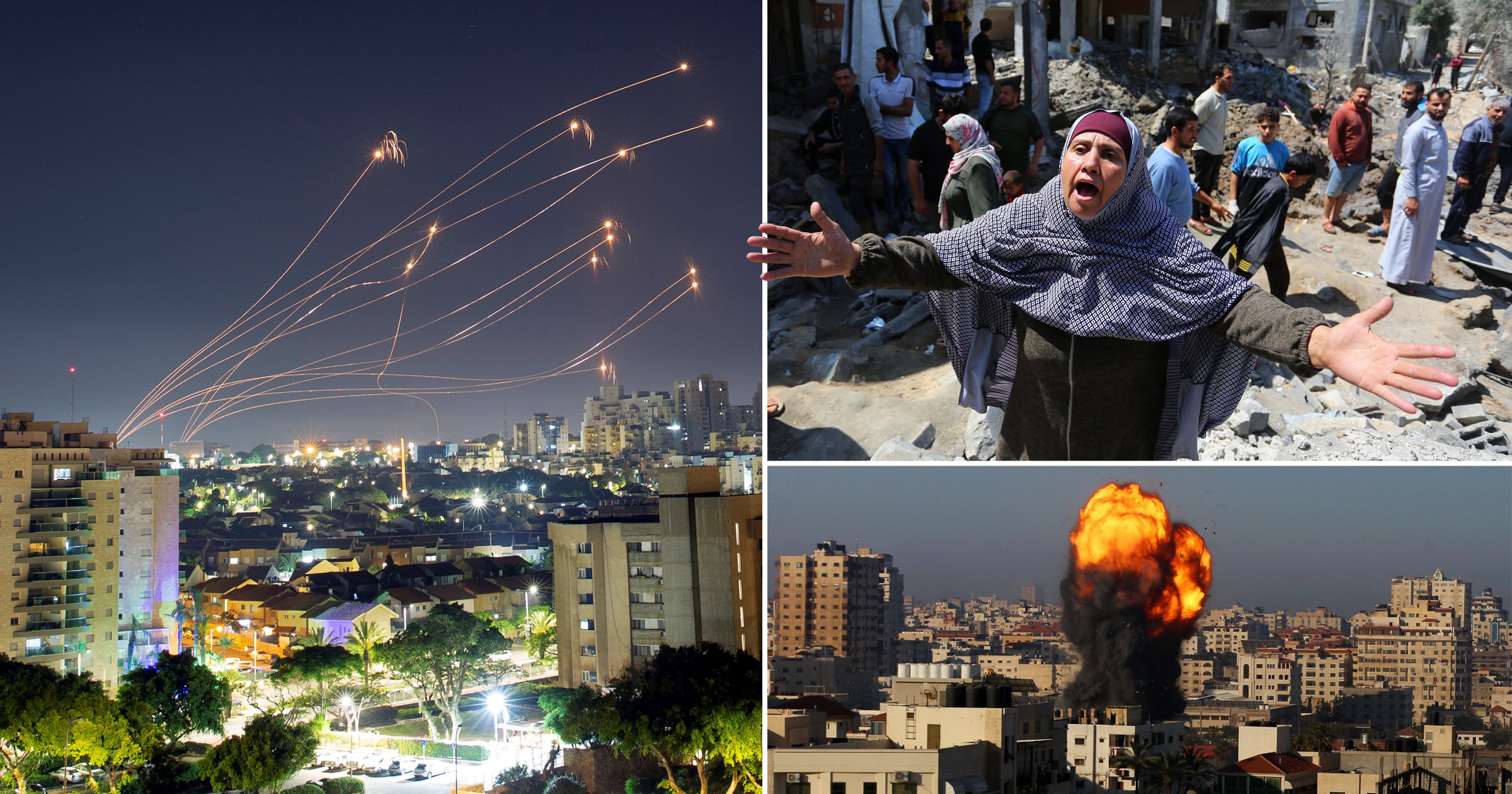 Israel has launched another night of air raids on Gaza, killing at least 10 Palestinians most of whom were children.

Reports say all those killed were members of the same family as a three storey building collapsed in a refugee camp after being hit.

Mohammed Abu Hatab told reporters his wife and five children had gone to celebrate the Eid al-Fitr holiday with relatives.

She and three of the children, aged between six and 14, were killed, while an 11-year-old is missing. Only his five-month-old son Omar is known to have survived.

It was the deadliest single strike in the five nights of violence so far while clashes have also now spread to the West Bank.

Since Monday night, Hamas has fired hundreds of rockets into Israel, whose military have responded by pounding the Gaza Strip with strikes.

The overall death toll in Gaza since Monday now tops 130, more than 30 of them children. Around 950 people have been wounded.

A furious Israeli barrage early on Friday killed a family of six in their house and sent thousands fleeing to UN-run shelters.

Israel has been targeted by more than 2,000 rockets. Nine people have died, including a child and a soldier. More than 560 people have been wounded. 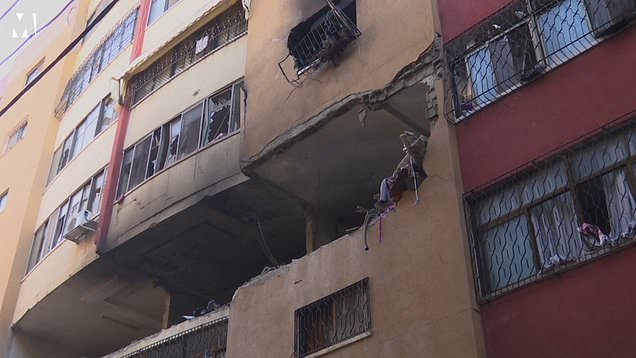 The Israeli military has denied it is preparing its troops for a ground invasion, despite announcing to the media on Thursday night that ‘IDF air and ground troops are currently attacking in the Gaza Strip.’

There were also widespread Palestinian protests on Friday in the occupied West Bank, where Israeli forces shot and killed 11 people.

And there are fears of worse violence on Saturday as Palestinians commemorate the Nakba, the ‘catastrophe’ of Israel’s creation in 1948.

Diplomatic efforts have been stepped up to try to end the fighting. 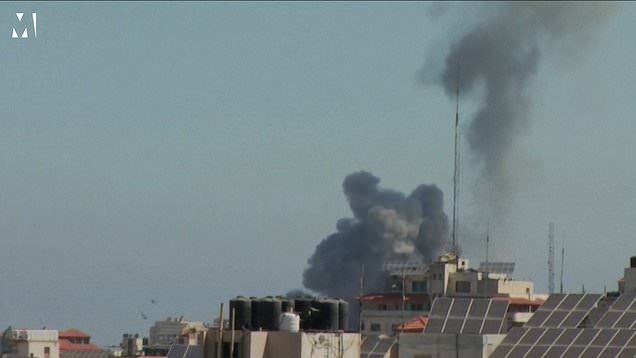 US diplomat Hady Amr arrived in the area on Friday, and the UN Security Council is also set to meet on Sunday.

Israel’s bombardment began on Monday after Gaza’s Islamist rulers Hamas fired rockets towards Jerusalem in response to a bloody Israeli police action at the Al-Aqsa mosque in east Jerusalem.

Between 7pm Friday and 7am Saturday, Hamas fired some 200 rockets at southern Israel, over 100 of which were intercepted by air defences, the Israeli military said.

Israel’s response has seen it hit nearly 800 targets, including a massive assault on Friday on a Hamas tunnel network dug under civilian areas.

Israeli media said the military believed dozens of militants were killed inside the tunnels. The Hamas and Islamic Jihad militant groups have confirmed 20 deaths in their ranks, but the military said the real number is far higher.

The UN said Gazans are experiencing daily power cuts of eight to 12 hours and at least 230,000 have limited access to tap water.

The impoverished and densely populated territory is home to two million Palestinians, most of them the descendants of refugees from what is now Israel.

Tensions have also flared within Israel with clashes reported in mixed Jewish-Arab towns.

Israel’s Prime Minister Benjamin Netanyahu has given no indication that the country is ready to ease its campaign.

‘I said we’d deliver heavy blows to Hamas and other terror groups, and we’re doing that,’ he said.

‘They’re paying and will continue to pay dearly for that. It’s not over yet.’