Fox News Flash top headlines for May 25 are here. Check out what’s clicking on Foxnews.com

The family of a woman mauled to death by a lion last year while interning at a North Carolina animal preserve is pushing for new safety regulations to prevent similar attacks.

Alex Black, 22, was just 10 days into an unpaid internship last December at the Conservators Center in Burlington, N.C., when she found herself alone with a lion, her aunt Virginia Black told The Associated Press.

"It is possible she saved other lives that day," Black wrote. Alex Black died after the lion pounced and dragged her back through an open gate into its enclosure. 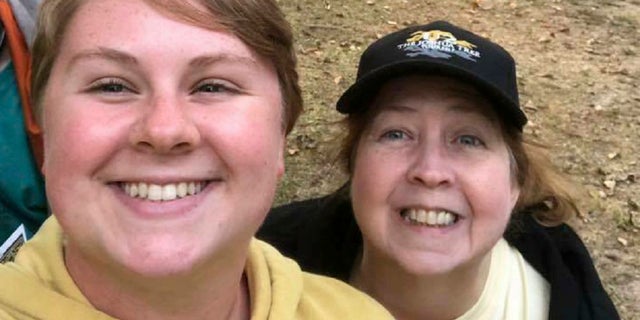 In this 2018 photo provided by Virginia Black, Alex Black, left, poses for a photo with her aunt Virginia. Alex Black was killed in November 2018 when she came face to face with an escaped lion just 10 days into her unpaid internship at the Conservators Center in Burlington, N.C. (Virginia Black via AP)

Black has urged state lawmakers to require safety drills and law enforcement safety plans at facilities such as the one where her niece was attacked. A recently passed House bill prohibits private ownership of big cats, apes, hyenas and bears. It doesn’t regulate facilities such as the Conservators Center, which falls under the watch of the U.S. Department of Agriculture.

"Sanctuaries and zoos where a person has been killed or injured where investigation has revealed a lack of proper safety drills, equipment and protocols should no longer be able to keep dangerous wild animals," Black wrote.

Rep. Pricey Harrison, a Democrat, said she introduced an amendment to the bill, but was rebuffed by other lawmakers. 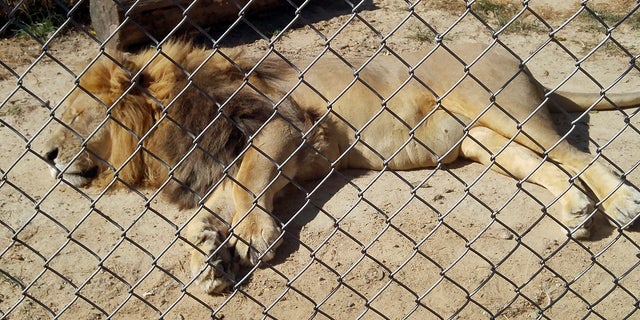 In this Sept. 30, 2017 photo made available by Erik Sommer, the lion Matthai relaxes inside his enclosure at the Conservators Center in Burlington, NC. Matthai escaped from his enclosure in December 2018, and fatally mauled a 22-year-old Conservators Center intern before he was shot eight times and died. Now the intern’s family is supporting legislation in North Carolina that would tighten restrictions on ownership of large carnivorous animals. (Erik Sommers via AP)

"I would've loved to see a stronger bill. I did what I could," she said.

Black was preparing deer meat for the cats when a 14-year-old male lion named Matthai bit her ankle and dragged her into a steel enclosure. No tranquilizer gun was on hand, and the center’s CEO, Douglas Evans, struggled to load it when one was found.

"When the gentleman tried to assemble the tranquilizer gun, he was reading the instructions," Black wrote in her letter, citing a witness she wouldn't identify.

A USDA inspection in January found the center has “no non-compliant items.” USDA inspections in 2017 and 2018 found no problems at the facility, according to government reports. A government inspector counted 16 lions among 85 total animals in 2018. The Occupational Safety and Health Administration is conducting its own investigation, which is expected to wrap up in June.

In a statement to the AP, the center's Executive Director, Mindy Stinner, said the animal sanctuary is "confident that if all of its policies and procedures are followed, its guests, staff, and animals are safe.” 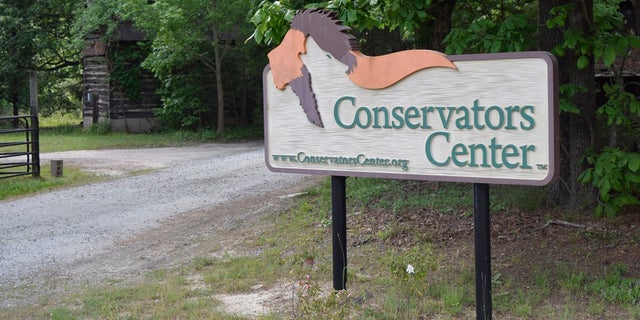 In this May 4, 2019 photo, the entrance to The Conservators Center in Burlington, N.C., is open for visitors. The park re-opened in February 2019 after an intern was mauled to death by a lion that escaped its inclosure in December 2018. ( AP Photo/Amanda Morris)

Dan Ashe, executive director of the American Association of Zoos and Aquariums, said facilities like the Conservator’s Center should obtain AZA accreditation.