Father fined after parking ‘illegally’ while rushing daughter to A&E

A father slapped with a parking fine has said he won’t be paying a penny because he was rushing his crying daughter into A&E after she broke her elbow.

John Wiffin, 47, also said his car wasn’t obstructing anyone when he parked it outside Broomfield Hospital in Chelmsford, Essex.

Officials saw it differently and hit the father-of-two with a £40 fine. 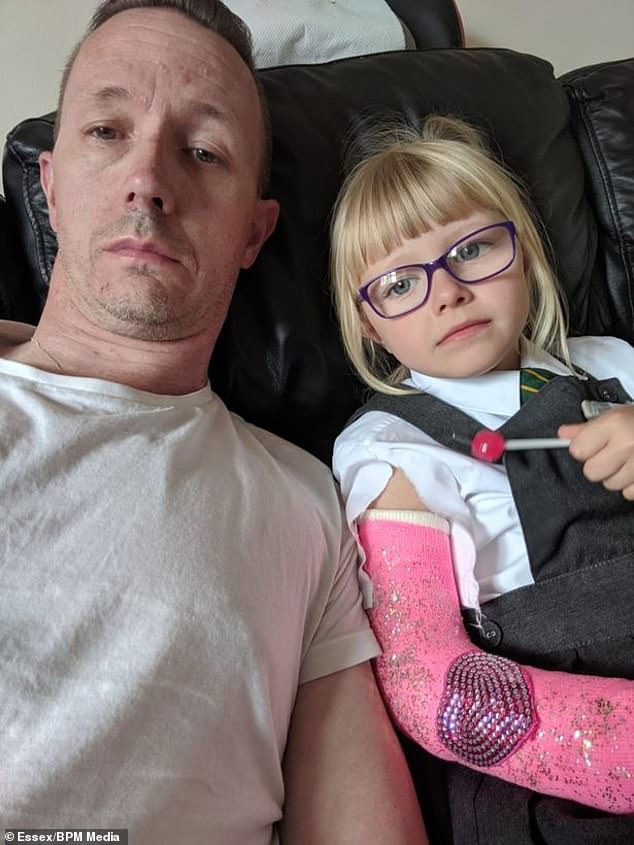 His four-year-old daughter had just broken her elbow and he was carrying her towards medics.

She broke it in school and, forced with a wait of two hours for an ambulance, Mr Wiffin thought fast and collected little Jessica and took her to the hospital.

Mr Wiffin admitted he parked his car outside of a designated space but said the fine is unfair because he wasn’t causing an obstruction.

He also said that he couldn’t leave his daughter, who was in agony, any longer without professional help.

He said: ‘I decided to just take her so we went to A&E and I parked outside and asked if someone could come out and help me but the hospital said it was against their policy. 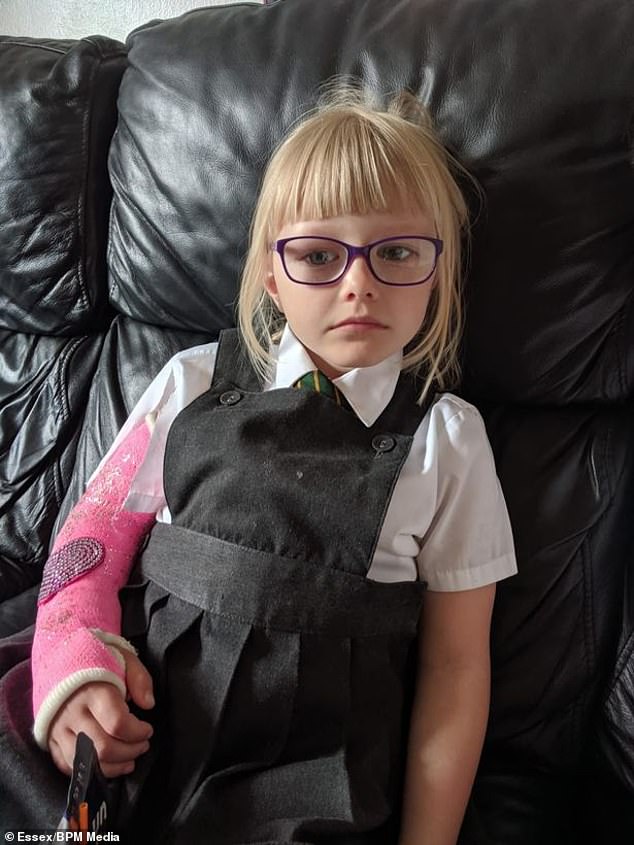 ‘I parked my car next to another car. It wasn’t in a space but there was room for me to carry her from the car and into the hospital. I wasn’t blocking anyone.

‘We found out she had broken her elbow. I couldn’t leave her.

‘It was 120 minutes before even getting a call back about the ambulance. I understand the emergency services are busy but I had to do their job and take her there.’

The father said he didn’t know how serious Jessica’s injuries were and he just wanted to get into the hospital with her.

He added that the car park should be there for people using it or going there in an emergency.

‘There is no way I am paying the ticket,’ he said.

‘From our part, we would always look to do that right thing in this situation. It is just extremely unfortunate that they have received the parking charge notice.

‘The last thing they need is a parking notice, it’s a very unfortunate situation,’ he said.