They can run, but they can’t hide! FBI is asked to assist probe into Usain Bolt’s missing $12.7M retirement fund – as Jamaican officials allege Olympic star was victimized in multi-billion scam spanning more than a decade

Officials in Jamaica have asked the FBI to assist in a widening probe into an alleged multi-billion fraud spanning more than a decade, which came to public attention with the disappearance of Olympic star Usain Bolt’s $12.7 million retirement fund.

Jamaican Finance Minister Nigel Clarke said on Monday he had asked the FBI and other international partners to join the investigation of investment firm Stocks and Securities Limited (SSL).

SSL blames any discrepancies on a rogue former employee, but Clarke revealed that evidence suggests a long-running ‘pilferage’ scheme dating back to at least 2010, potentially involving billions in stolen client funds. 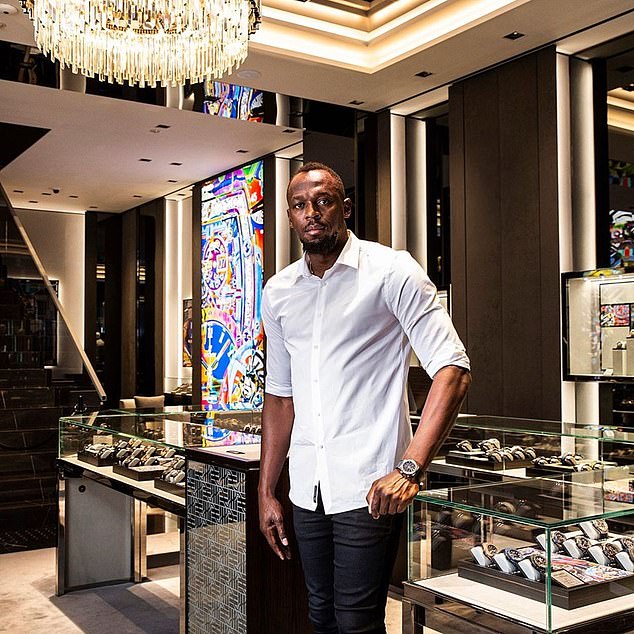 Officials in Jamaica have asked the FBI to assist in a widening probe into an alleged multi-billion fraud spanning more than a decade, in which Usain Bolt (above) is a victim

‘This fraud is one of the largest securities frauds in the last two decades,’ Clarke said at a press conference.

Clarke said the alleged fraud appears to have been ‘specifically targeted’ at certain SSL clients, who received statements for their investment accounts that did not match their actual balances.

Officials previously said a number of ‘elderly investors’ were among those allegedly targeted in the scam.

The finance minister said he had asked the FBI and other law enforcement partners to provide ‘international forensic auditors to help unravel this 13 year fraud so we can bring to justice all perpetrators and all co-conspirators.’

The FBI and representatives for SSL did not immediately respond to requests for comment from DailyMail.com on Monday evening.

‘The central issue is, my fellow Jamaicans, is how did this fraud, this alleged fraud, go undetected for 13 years, between 2010 and 2023. Perhaps even longer,’ said Clarke.

‘Over this entire period, this alleged fraud was being perpetrated,’ he said.

Clarke vowed transparency in the investigation, and said a full chronology of regulatory interactions with SSL would be released to the public.

The finance minister lamented in his remarks that ‘the coverage of this fraud in every major media outlet across the globe is a source of great embarrassment to Jamaicans here, and in the diaspora’.

‘I feel the full range of emotions—anger, disgust—and, like many Jamaicans, I am deeply pained by these events,’ he added.

‘This is a body blow to Jamaica and has the unfortunate impact of tarnishing Jamaica’s global reputation.’ 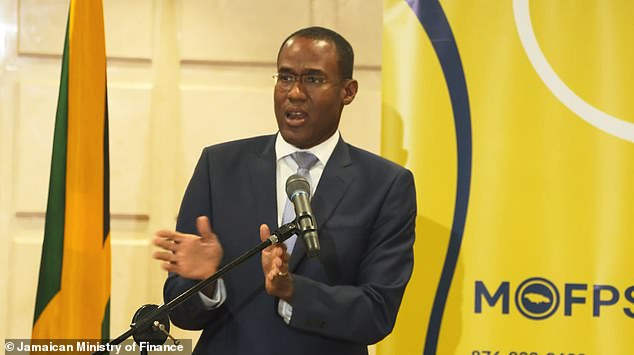 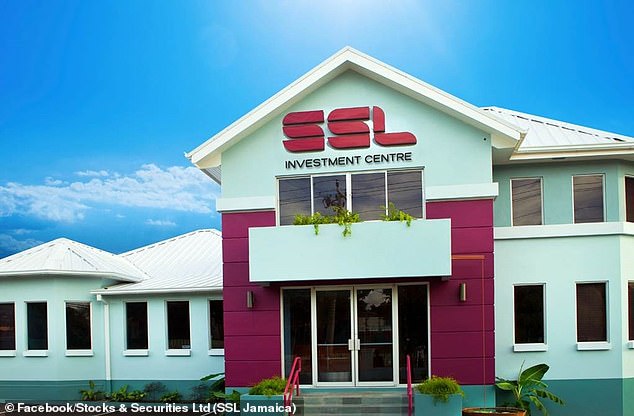 The head office of Stocks and Securities Ltd. (SSL), one of just 15 registered broker/dealers on the Jamaican Stock Exchange, and now embroiled in a widening scandal

Clarke on Monday confirmed that he had asked for the resignation of Financial Services Commission director Everton McFarlane amid growing criticism over the regulatory agency’s handling of the alleged fraud at SSL.

SSL is a boutique brokerage and wealth management firm founded in 1973, and is one of one of just 15 registered brokers on the Jamaican Stock Exchange.

SSL’s website has removed the listing of its two directors, Jeffrey Cobham and Hugh Croskery, and a notice on the site says the firm is now under the control of the Financial Services Commission (FSC).

Cobham is a former managing director of the National Commercial Bank and has served as a director of Sagicor Life Insurance, though Sagicor appears to have recently removed his bio from its company website.

Croskery is SSL’s founding member, and previously sat on the board of directors for the Jamaica Stock Exchange.

Bolt’s attorney Gordon previously provided the Associated Press with a copy of a letter he had sent to SSL, saying that his client’s deposit of $12.7 million had inexplicably dwindled to $12,000 and demanding that the money be returned.

‘We will be going to court with the matter’ if the company does not return the funds, Gordon told Reuters.

‘It is a grave disappointment, and we are hoping that the matter will be resolved in a way that Mr. Bolt will recover his money and be able to live in peace.’ 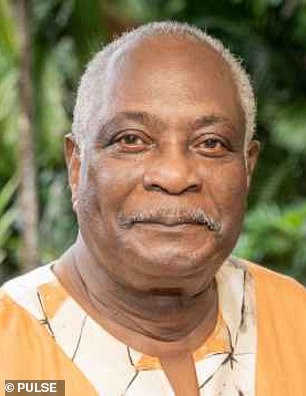 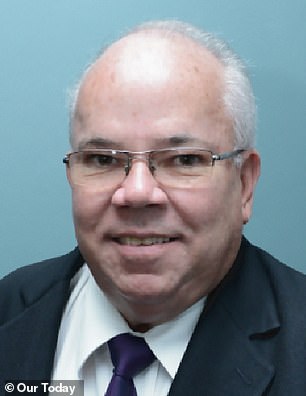 SSL’s website has removed the listing of its two directors, Jeffrey Cobham (left) and Hugh Croskery (right), and a notice on the site says the firm is now under the control of the FSC 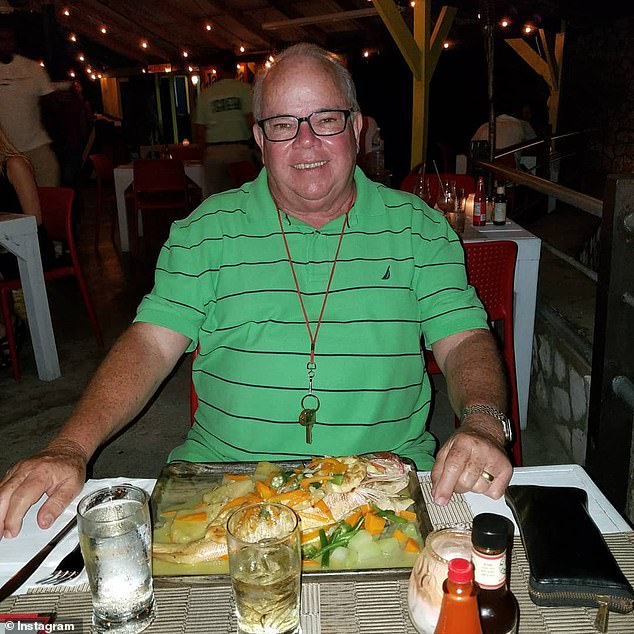 Croskery (above) is SSL’s founding member, and previously sat on the board of directors for the Jamaica Stock Exchange

Bolt’s account was intended to serve as a pension for the eight-time Olympic gold medalist sprinter and for his parents, Gordon said.

Bolt, 36, has an estimated net worth of around $90 million, and at the height of his career he was said to be earning more than $30 million annually.

Considered one of the greatest sprinters of all time, Bolt retired in 2017 after dominating the sport for a decade and becoming a household name.

On January 12, SSL said in a statement that it had become aware of fraudulent activity by a former employee and has referred the matter to law enforcement, adding that it had taken steps to secure assets and strengthen protocols.

On the same day, Jamaican regulators announced ‘enhanced oversight’ of SSL and demanded a full view of all transactions at the firm, including ‘the movement of funds, and of securities into and out of SSL.’

On January 13, the Financial Services Commission (FSC) stepped up its oversight by appointing a special auditor to oversee SSL.

The Jamaica Constabulary Force said on January 16 that its fraud and financial investigation teams were probing ‘alleged fraudulent activities at (SSL) which are said to have affected the accounts of Mr. Usain Bolt among other individuals.’ 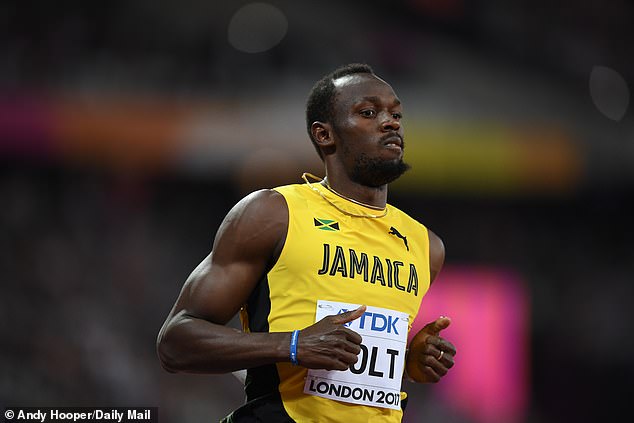 ‘Like all Jamaicans I am in shock, and feel a profound level of anger and disgust, at the alarming and evil fraud that has allegedly been committed at Stocks and Securities Limited, and which is the source of public discussion and anxiety at this time,’ said Finance Minister Clarke in a statement.

At a press conference on January 18, FSC Executive Director Everton McFarlane vowed to publicly disclose the outcome of the investigation into alleged fraud at SSL. McFarlane has since resigned under pressure

As of January 17, SSL had removed the listings of its officers and directors from its website, which directed urgent inquiries to the FSC.

‘Further to our press release on January 12, 2023, please note the company is currently under the direction of the Financial Services Commission (FSC) and so responses from SSL may be delayed at this time,’ the notice said.

‘We understand that clients are anxious to receive more information and assure you that we are closely monitoring the matter throughout all the required steps and will alert our clients of the resolution as soon as that information is available,’ it added.

‘Do contact the Financial Services Commission with urgent queries. Thank you for your patience and kind understanding.’